Édouard-Denis Baldus (June 5, 1813, Grünebach, Prussia – 1889, Paris) was a French landscape, architectural and railway photographer. Baldus was originally trained as a painter and had also worked as a draughtsman and lithographer before switching to photography in 1849. In 1851, he was commissioned for the Missions Héliographiques by the Historic Monuments Commission of France to photograph historic buildings, bridges and monuments, many of which were being razed to make way for the grand boulevards of Paris, being carried out under the direction of Napoleon III's prefect Baron Georges-Eugène Haussmann.

The high quality of his work won him government support for a project entitled Les Villes de France Photographiées, an extended series of architectural views in Paris and the provinces designed to feed a resurgent interest in the nation's Roman and medieval past.

In 1855, Baron James de Rothschild, President of Chemin de Fer du Nord, commissioned Baldus to do a series of photographs to be used as part of an album that was to be a gift to Queen Victoria and Prince Albert as a souvenir of their visit to France that year. The lavishly bound album is still among the treasures of the Royal Library at Windsor Castle.

In 1856, Baldus set out on a brief assignment to photograph the destruction caused by torrential rains and overflowing rivers in Lyon, Avignon, and Tarascon. He created a moving record of the flood without explicitly depicting the human suffering left in its wake.

He was extremely well known throughout France for his efforts in photography. One of his greatest assignments was to document the construction of the Louvre museum.

Baldus was renowned for the sheer size of his pictures, which ranged up to eight feet long for one panorama from around 1855, made from several negatives.

Despite the documentary nature of many of his assignments, Baldus was no purist when it came to technique. He often retouched his negatives to blank out buildings and trees, or to put clouds in white skies; in one print from 1851, he pieced together fragments of 10 different negatives to create a composite print of the medieval cloister of St. Trophime, in Arles.

I will post more French artists in this blog for this event: 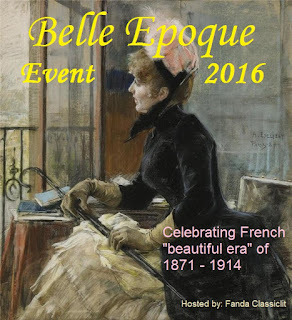