Journey to the Center of the Earth by Jules Verne 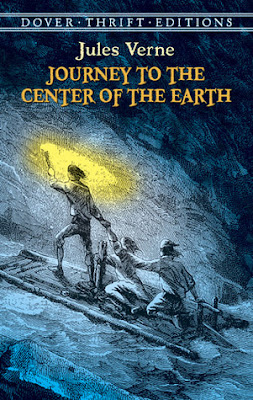 This was my third encounter of Jules Verne. My favorite remains 20,000 Leagues Under The Sea, followed by Around the World in Eighty Days. I felt that Journey to the Center of the Earth is too short; it ended too abruptly. There should have been more room for Verne to expand the story; at least to dig deeper the emotional side of the characters.

The story is told from Axel's point of view. He is the nephew of Prof. Otto Lidenbrock, a German savant (a distinguished scientist) specializing in mineralogy. Axel himself is also a scientist--geology is his specialty, and has a great interest in his uncle's field. One day Prof. Lidenbrock bought an old runic manuscript, inside which Axel found a cryptic runic script written by a 16th century savant called Arne Saknussem. He claimed that he has travelled to, and found, the center of the Earth; and encouraged others to go and follow his steps through a volcanic tube inside crater of Snäfell in Iceland. The exact entrance would be pointed by the shadow of Scartaris mountain peak, at noon, by the end of June. So, off went Lidenbrock and Axel to Iceland; hired a Danish eiderdown hunter called Hans; and soon the three began what must have been the most dangerous journey men have ever taken to the center of the earth.

Of the three, Lidenbrock was the most enthusiastic traveler; while Axel the most reluctant (quite understandable as he was a young man who just fell in love with a lovely girl). Hans was indifferent, silent, but practical, as was usual for hunter.

The journey proved to be full of suspense and wonder. Down the Snäfell crater they descended a kind of steep-sided well (jökull--or volcano tube), about 2000 feet to the bowel of the Earth. Amazingly there they found a subterranean river flowed on the underground cavern with granite walls and roof. But the journey was not all wonder and comfort; at one point Axel was separated from the others and got lost in the labyrinth of the cavern. When all hope was lost, another wonder happened. A strange acoustic effect has enabled Axel and Lidenbrock to communicate from far distance, without which Axel would have been dead.

Resuming the journey, they then met another wonder: a huge subterranean Sea, off which they embarked by a raft made by Hans. During the sail they also met and escaped giant prehistoric sea monsters; found a large geyser in the middle of the Sea; then hit by a terrible storm that lasted for days and which finally wrecked their raft.

Stranded on an island, they continue the journey by foot along the coastline, where they found a prehistoric forest full of mastodons, giant birds, and even giant men—underworld civilization totally hidden, unknown, and untouched by the upperworld! This passage really felt like watching Jurassic Park! But the last stage of their journey was the most deathly, and, for us readers, the most thrilling!

Through all the excitement of scientific discoveries and the fearful or painful perils, Verne also slipped every now and then the emotional touch of humanity, like how Lidenbrock turned compassionate and tender to his dear nephew when Axel was weak after his lost. However, as I said before, I felt that Verne could have dug this field still deeper. Anyway, Journey to the Center of the Earth was written in the form of a scientific journal; so maybe it is was the perfect way anyway to weave the story. 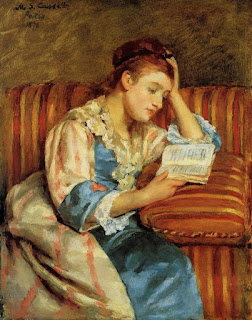 I have skipped three challenge update posts from May to July, but here I am again!
Book(s) read = 18
Review(s) posted = 17

Question of the month from #TBR2018RBR:

Have you challenged yourself with a genre outside of your “comfort zone” this year?
Yes, I have. I’m no fan of fantasy; yet I have forced braved myself to finally read The Lord of the Rings (yay me!) Did I enjoy it? Not really… ha! Only because it’s an epic tale and beautifully written that I can get through the three books.

It is four and a half months to the end of 2018, and I have some exciting books to read. Also, I will be participating in the 13th Readers Imbibing Peril (RIP) challenge, which will start next month. I have three or four books on my TBR pile that I’m going to read through September and October:
- The Turn of the Screw by Henry James
- The Blind Assassin by Margaret Atwood
- The Innocence of Father Brown by G.K. Chesterton
- The Whistler by John Grisham

If there is still time, I might also squeeze in Agatha Christie’s Why Didn’t They Ask Evans?

How is your reading pace right now? Will you join in #RIPXIII too?

Posted by Fanda Classiclit at 9:27 AM 8 comments:
Email ThisBlogThis!Share to TwitterShare to FacebookShare to Pinterest 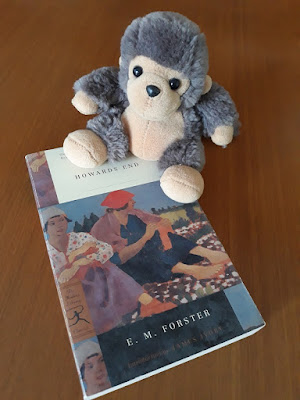 Howards End depicts three English families from three different classes whose lives were accidently intertwined. There are the Wilcoxes—the wealthy and business-minded, the Schlegels—the cultured rural middle classes, and the Basts—the poor and submissive working classes.

The story began with Helen Schlegel's (the youngest of the girls) short love affair with Paul Wilcox, which then continued in Margaret's (Helen's sister) friendship with Ruth Wilcox, Paul's mother and mistress of a country house called Howards End. Ruth is the only Wilcox who loves the house as a home, cares for its lovely garden, trees, and all. She values the 'spirit' of the house; while the others only value Howards End as property; they care more about motors, business, money, and luxury. And that's why she connects well with Margaret because they both believe in personal relations, in family ties, which 'build the spirit'. Before Mrs. Wilcox's sudden death, she bequeathed Howards End to Margaret. As business-minded family, of course the Wilcoxes cannot accept this, and they decided not to follow her wish.

Leonard Bash is a poor clerk of a bank who wishes to step up to middle class by way of culture and learning. He met and got to know the Schlegels on an opera night. The Schlegel girls heard from Henry Wilcox (husband of the late Ruth Wilcox), that the bank where Leonard works is in financial trouble. They told Leonard this, and advised—even  encouraged—him to resign.

Margaret and Henry Wilcox then fell in love and soon got married (though opposed by Wilcox children and Helen). Soon after this they learned that the Basts (Leonard and Jacky—the woman who lives with him though unmarried) were financially ruined because Leonard eventually left his proper job but never found another as good as his previous job. Helen the 'ever-emotional' was enraged because Henry was totally unperturbed with the Basts' misfortune. And when it's revealed that Henry has apparently had an affair with Jacky in the past (which was the cause of her ruin), Helen was mad with rage, even to Margaret, who of course forgave and defended her husband, practical as she always is.

This was my first encounter with Forster. It may not be my favorite, but I enjoyed every moment of the reading. Howards End is either Forster's dream or prophecy of what kind of people who should or would shape England as a nation in the turn-of-the-century (it was published in 1910); whether it'd be the business/industrial people like the Wilcoxes; or the cultured Schlegels; or the working class Basts. Unlike most Victorian novels, I felt that Forster did not judge; he merely gave us glimpses of each class' character, for our own analysis and judgment. To me, Helen is overreacting about the Basts business. Opinion is opinion; the Schlegels should not meddle with Leonard's career. They are right to forward Henry's insight to him, but they or Leonard should have never swallowed it wholly, but then blamed the informer when it didn't happen as they wished. I couldn't blame Henry here. And when Helen was mad at him for ruining Mrs. Bast, while she herself did the same with a married man, well... I think she disliked him for the wrong reason.

In the end, I believe Margaret represents the next ideal generation of England (at least Forster's ideal). Cultured, can accept modernity and respect business culture, but still maintains love of nature, and above all, personal relationship, which makes houses to be homes, and where morality and integrity will keep germinating in the next generation's homes. The mixture of these qualities is the key of surviving the turn of the century, and preparing for the future. Ruth Wilcox is too Victorian, while the other Wilcoxes are too business minded. Both are in the extreme poles.

It has been a tranquil read for me, but I guess it should be read when you are in certain level of calmness in mood; otherwise you'd find it rather flat and dry.