The Secret of Chimneys and Camino Island [Mini Reviews]

The Secret of Chimneys by Agatha Christie 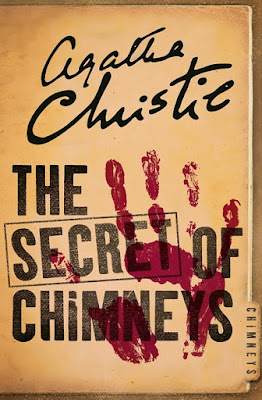 It is almost impossible to write a proper summary for this 6th novel of Agatha Christie. It's a very fast-paced crime story with abundant characters; contains of a balanced dose of murder, stolen document, treasure hunt, and international political-economical scheme of a Balkan state: Herzoslovakia (restoring monarchy vs oil concession - which, naturally, involves British government and oil syndicates). In short, it's a confusing thriller from the start!

Superintendent Battle is supposed to be the detective from Scotland Yard - this is our first introduction, he will appear in several future books - but the main male character is in fact an attractive-dark-skinned adventurer with shady past called Anthony Cade. We would be led to suspicion whether he was the good or the bad guy. It applies also to the main female character Virginia Revel (it involves some romance too, ahem!) We were also introduced to an elusive jewelry thief "King Victor" (reminded you of Mr. Brown and ..., eh?) and his female accomplice, who later becomes the queen of Herzoslovakia. Confused already? Add that with a lot of false identities, and you'll get a high crime thriller which is good when you're reading it straight, but right after you finish and want to look back, you'll forget the whole plot.

Chimneys feels really like a blend of The Man in the Brown Suite and Murder on the Links. Again, not of my favorites, but a highly entertaining novel to be read when you are feeling lazy or still in hangover after an intense read, or are in holiday mood - just like me! And that's why I rated this book: 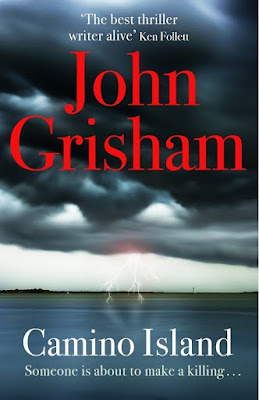 I normally don't review popular fiction in this blog, however, this Grisham's particular novel talks a lot about books - especially 20th century classics novels and authors - as well as bookstores, and writers, that I decided to publish the review here.

Five original manuscripts of F. Scott Fitzgerald (This Side of Paradise, The Beautiful and Dammed, Tender is the Night, The Great Gatsby, and The Last Tycoon) were stolen from Princeton University Library on a heist plotted by five ex convicts. It should have been a perfect crime, if one of the thefts hasn't scratched his wrist and left his blood stain to be found and traced by the FBI. Two of them were immediately captured, so the others quickly brought the manuscripts away and threw them to black market, with the intention to retrieve them after the case cools off.

Bruce Cable is a self-made independent bookstore owner in Camino Island, after he inherited large sum of money AND found some rare books from his father's book shelf. He loves books, and collects a lot of rare first editions of twentieth century books. He possesses a vault in his basement, and is good in handling and preserving old books. Not only that, he also loves to support new aspiring writers. He arranges book tours for them, mobilizes his writers circle and friends to attend their book signings, inviting them to dinners, connecting them to other literary people, in short being a friend and mentor to them. However, Bruce has his dark side too. His love of rare books plunges him to the black market and all its shady businesses, though he admits he always reports the income and pays the taxes. It's quite interesting to follow his career.

The insurance company, whose client is Princeton, suspected that Bruce might have gotten the manuscripts, so they hired a struggling writer: Mercer Hann to spy on him, infiltrate his bookstore, and if possible, enter his vault. Mercer is another interesting character to follow; broken home, choked by student loan debt, and her books failed. She found peace, affectionate friends, and consolation in Camino Island, staying in the cabin who belonged to her deceased grandmother, apparently the only person in the world who has really loved her.

So, Camino Island is one of Grisham's where the line between good and bad is blurred. I know that making money over stolen goods is wrong, but still I loathed the FBI gangs and hoped that Bruce succeeded. Well...

4 / 5 for this entertaining piece!