You know how I love challenges. I do. But lately I have so many things in life that I no longer have time to write proper reviews for this blog as usual. I keep reading, though not as much as I have expected. But the reviews are the most challenging part right now.

So, I am very excited to find this Victorian Reading Challenge, firstly because it doesn’t require you to make reviews (yay...thanks Becky!). Secondly because Victorian literature is my favorite, and although I have vowed not to plan my reading for next year, well… I just can’t resist of having a reading list! It’s in my blood, I guess. Like, not knowing what I should read next can make me unsecured. Is it normal? LOL… Anyway, after consulting my reading list, and found that there are several Victorian books in it, I decided to join in. 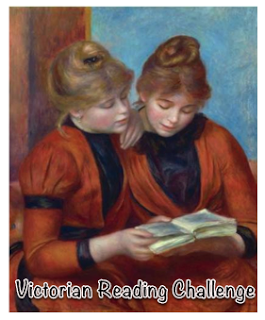 I might only take 6 categories (from original 32), but who knows… My original list of 2017 reading consists of 20 books (I am very pessimist at this moment), but if I have finished them before end of year, I would certainly add more Victorians into it. Here’s my plan:

X   5. A new-to-you book by a FAVORITE author: The Earth by Émile Zola
X 11. A book published between 1871-1880: The Brothers Karamazov by Fyodor Dostoyevsky
X 16. A book by Charles Dickens: Bleak House
X 17. A book by Wilkie Collins: The Woman in White
X 23. A book translated into English: The Conquest of Plassans by Émile Zola
X 29. Book with a name as the title: Claude’s Confession by Émile Zola

If you are interested too to do this challenge, find out more of the list and rules in Becky’s blog.

Posted by Fanda Classiclit at 11:44 AM 2 comments:
Email ThisBlogThis!Share to TwitterShare to FacebookShare to Pinterest
Labels: 2017 Victorian Reading Challenge

Brona’s Salon: Time for Another Dickens

If you like to talk about books you are reading, this might suit you well: Brona’s Salon. It’s a new meme which aims to gather a group of like-minded bookish people 'under the roof of an inspiring host, held partly to amuse one another and partly to refine the taste and increase the knowledge of the participants through conversation.'
(wikipedia) 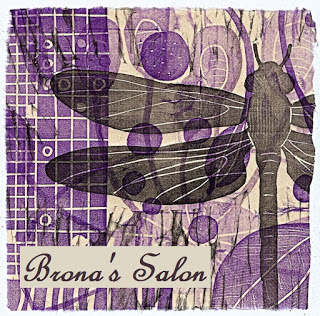 I am in the middle of an exciting book right now, and am so exciting to share it with you…

What are your currently reading?
Our Mutual Friend by Charles Dickens 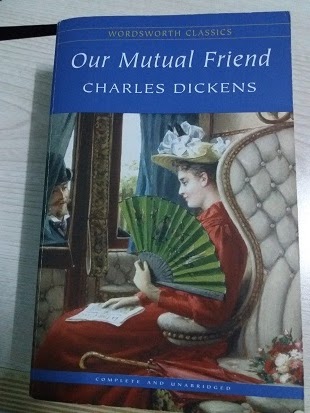 How did you find out about this book?

I always love to read Dickens, and have meaning to read all his books.

Why are you reading it now?

There is no more perfect time to read Dickens than December! Do you agree? ;)

The opening is really dark, so at first I was afraid it would be as dark as The Mystery of Edwin Drood. But it turned out to be not that dark after all, although it’s still quite mysterious. Gaffer Hexam found a body drowned in the river, and it was believed to be John Harmon’s. Harmon’s father has inherited his assets to John on condition that he must marry a poor girl named Bella Wilfer. It was on his way back home to London that John Harmon was drowned.

That was only a summary for first chapter. Then the story unfolds to so many characters and background stories, that you can’t put it down too long without the risk of losing track of the story. See…. Dickens is always perfect for December reading!

Which character do you relate to so far?

Eugene Wrayburn, the barrister. From his first appearance, I was at once in love with his straightforward, laid back and insolent character.

Are you happy to continue?

Definitely! I am now in page 400s, and this book is becoming more and more interesting. Although the mystery around John Harmon has been slowly unfolding, it’s still interesting to see what would happen to the main characters. Finger-cross for the happiness of Lizzie Hexam!

Where do you think the story will go?

As with all Dickens’ stories, I think it will end up good for the poor and honest lots, but the hypocritical ones will suffer.

So, how is your December reading so far?