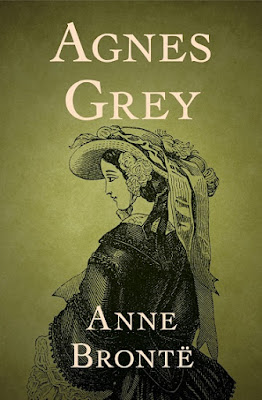 Agnes Grey is Anne Brontë's first novel - an autobiographical account of her views and experience as a governess. Although not as poignant and complicated as her second work - her magnum opus - The Tenant of Wildfell Hall; still, Agnes Grey is way deeper than Jane Eyre or Wuthering Heights (sorry #TeamCharlotte and #TeamEmily!) - though perhaps less poignant.

Agnes is the youngest daughter of a clergyman with humble means. The story of how Mrs. Grey, despite of coming from a rich family, deliberately sacrificing her privilege, to live in a small parsonage with a humble husband, is very inspiring. Indeed, a woman of high morality and strong character is always a good mother. When Mr. Grey's financial investment failed, instead of moaning their misfortune and accusing the father, all the Grey women rolled their sleeves, and each found something to earn money. Agnes became a governess for a rich family: The Bloomsfield. Thus, in her 19 years of age, inexperienced, with all her life socially shut off in a rural village, Agnes left home for the first time in her life, to attend to her first job.

What a family, the Bloomfields is! Their rude, harsh, and shallow characters; with such a bully pack of children, is more than enough to dispel any respectable governess, even the experienced one. But Agnes, shy and meek she seemed to be, heroically bore all assaults while keep doing her best to impart goodness to her pupils. It's so ridiculous how Mrs. Bloomfield expected the governess to educate her children WITHOUT giving her any authority. This account was actually derived from Anne's own experience as a governess. That people like this ever existed! (-_-') It's remarkable how Agnes endured all that until she was finally dismissed (not of her fault) by the Bloomfields. But the dismissal is really Godsend, since those people are hopelessly incurable!

Agnes' second job with the Murrays is much better - at least they treated her more humanly. Even Rosalie Murray treated Agnes quite good - at least, in her selfish way. Then the story gets far more interesting when Mr. Weston, the young new curate, appeared on the radar, and... well, you know what is going to happen next.

On the whole, this is another quiet bildungsroman story about strong women; a soothing read, not too much conflict, and a perfect book for young women. It teaches us how family education is the most important foundation to shape our children's character; and that that education should be started from very early age, when they are still malleable. It also criticizes how 19th century society treated woman as man's slave in marriage. For 19th century woman, Anne Brontë was way more forward than her peers. It's a good proof of a great mother will likely produce great offspring. 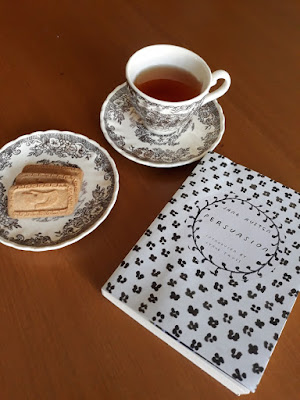 The only Austen I have read so far is Sense and Sensibility - and I disliked it! So, it took me quite long to have a heart to take another. And following Ruth's suggestion, I finally picked Persuasion. Now I'm glad I've done it. Though still not my favorite, I can at least say I've finally found an Austen to like, LOL!

I have read the book many months ago, so I won't go into much detail now (which I've forgotten anyway). The main theme is love and marriage, and of course, the unwise act of persuasion in delicate matters, such as love and marriage. Our heroine, Anne Elliot, was engaged to a Captain Wentworth when she was 19 years old. However, her pretentious family saw it as unsuitable, as Wentworth did not fit, socially and financially, to the Elliots. Lady Russel, an aunt, who acted as a mother (who died earlier), and was very attached to Anne, persuaded Anne to broke the engagement, which she complied, despite of the couple's love for each other.

Seven years later, Anne was much more matured, and regretted that she ever complied with Lady Russel's persuasion against marrying a man she truly loved. Since the break up, Anne never found another man equal to her refined mind and principle. She also noticed how shallow, pretentious, and hypocritical the society she lived in, that she often felt out of place. Being an intelligent and introverted woman in 19th century, I can imagine how difficult it was to find a companion with whom she could have a fulfilling relationship. With the women, she would find them shallow; with the men, why, she couldn't be too free to avoid causing unnecessary rumors, and most of them didn't like to talk with "too intelligent" woman anyway. I can relate to Anne very well, as I, too, often experience similar condition, though not as acutely as Anne's.

This (seemingly) simple story opens layer upon layer of how complicated the 19th century society have treated marriage. Why two young people who loved each other could not decide their own faith, always perplex me. It seems that people were sure they knew what make others' happy, and felt obliged to decide and act upon it by themselves. What a nuisance!

Persuasion gives us a glimpse of this, so well crafted by Jane Austen. Anne Elliot is the embodiment of how a woman could be strong without being rebellious. She persevered in her love for Captain Wentworth, but at the same time she also regulated her action so as not hurting others' feeling - letting them learn their own mistakes. She fought (bad) persuasion by giving (good) example. There must have been many girls at that time who felt grateful with Austen's powerful lesson!

The Sittaford Mystery by Agatha Christie 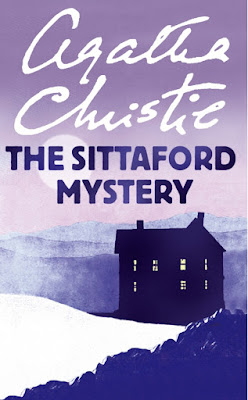 Another non-detective crime story from our beloved Dame; and again, this one picks an intelligent, strong, determined young woman to be the leading heroine: Emily Trefusis. The collaboration between the police (Inspector Narracot) and young sleuths (Emily and a journalist named Charles Enderby)  might remind us much to Inspector Battle and Bundle's relationship in The Secret of Chimneys and Seven Dials Mystery. But Emily's character here is much more prominent than Bundle's mere function to add a youthful vigor into the story.

It all begins with a séance, or table-turning, which was originally done casually to cheer a cold winter afternoon. A group of people sat at a table, and began to play, what they thought was at that time, a foolish game. However, it quickly turned to worse, when the "spirit" revealed the death of a prominent character: Captain Trevelyan, at an exact hour: five and twenty minutes to five.

Major Burnaby, a retired army, is a close friend to Captain Trevelyan. Friday is his day of visiting his friend, but that day the snow was so thick, the road was impassable. However, feeling uneasy, Burnaby insisted on walking through the terrible blizzards to "check on" Trevelyan. And of course, Trevelyan was found dead, sandbagged at the head.

A nephew, a "weak" young man called James ‘Jim’ Pearson was arrested by the police, as he was near Exhampton (place of the crime) at the time of the crime, without proper alibi, and he has just borrowed money from his uncle (and was refused). Jim was engaged to Emily, and so that's how the girl got involved with the case (to prove the innocence of her beloved fiancée), helped by the journalist, who, soon, was also smitten by her.

Overall, Sittaford Mystery is a light, funny (at times), and enjoyable crime story with a romance touch. This is another typical "inside" murder - small rural village, retired army men, widows, boring existence with gossips as the center entertainment. Then add restless and reckless young people, bad financial investment which accumulates to debt, and, of course, a wealthy miser, and voila, that's it!

One element I loved the most, is the psychological aspect of the romance, which is rarely exposed in Christie's. Emily is loved by two men; in the end, which one will she choose? Along the story we got to know Charles as a cheerful, energetic, intelligent man. His keen journalistic instinct would be perfect when combined with Emily's logic and deduction skill. Partnered, they would be another Tommy and Tuppence! Everyone said it will be a perfect match. But, is it really? Like Tuppence, Emily is a domineering woman, the leader in a marriage. Charles knew this, but I think he won't feel happy to be under his wife's lead all the time. He is a dedicated professional, and he would love to strive farther in his career. No, as foolish as it seems, the ‘poor fool’ Jim is the most suitable husband for Emily, because they'd fit perfectly. The one needs to lead, the other needs to be led.