Following up my last attempt to complete The Classics Clubs Project by March 2017, here is my first progress, together with mini reviews of what I have finished reading:

Tales of the Jazz Age by F. Scott Fitzgerald 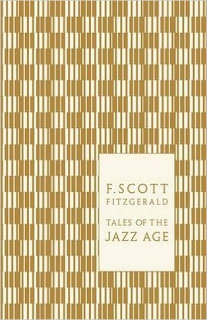 I’m not quite a fan of short stories, but this one is just amazing. The Curious Case of Benjamin Button is the champion, of course. It was much deeper and more tragic than its adaptation (Brad Pitt as BB). I also liked Head and Shoulders, The Cut-Glass Bowl, and The Lees of Happiness. The last one is actually rather sad and sweet.

Interestingly, the stories tasted a bit like Zola and a bit Dickens. Fitzgerald’s descriptive narration reminded me of Zola, while his sense of humor was to me, a little Dickenish. In short, it does not have any similarity to The Great Gatsby or Tender is the Night. Tales of the Jazz Age is light, flowing, sweet, funny, but also sad and sometimes shocking.

The Dreyfus Affair: J’Accuse & Other Writings by Émile Zola 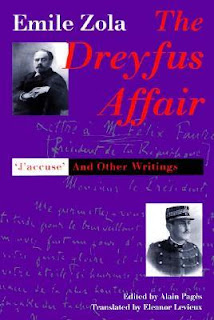 Being a non-fiction and chronologically compiled letters, writings, and even speeches, I thought The Dreyfus Affair would bore me. Well, it was for the first half, for it was compilation of Zola’s plea in letters and publication, pointing out Dreyfus’ innocence. The repetition was almost unbearable, until the open letter was up: J’Accuse! (action time!); then it became interesting. The most powerful piece was Zola’s speech in his statement to the Jury about Dreyfus Affair. But his personal letters to his wife Alexandrine, his mistress Jeanne, and his friends were all really interesting; in that it reveals a bit of Zola’s personalities—his anxiety, his loneliness, and his ability to keep his focus in writing during the hard times. If you are Zola’s fan, or intrigued by his works, you are going to enjoy this book!

Right now I am reading Proust’s Swann’s Way, but my progress is very slowly…. It’s not really enjoyable, but I must admire Proust’s beautiful prose.

Posted by Fanda Classiclit at 11:00 AM No comments:
Email ThisBlogThis!Share to TwitterShare to FacebookShare to Pinterest
Newer Posts Older Posts Home
Subscribe to: Posts (Atom)