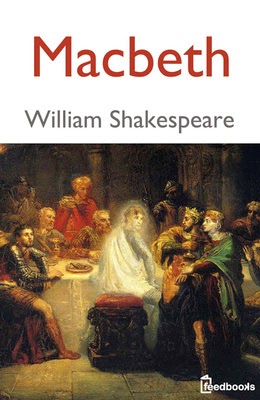 Frankly speaking, I was a bit disappointed with Macbeth. It turned out not as intense as I have expected. I have read somewhere that Macbeth is one of Shakespeare’s shortest tragedies, and maybe it is true, as the scenes seemed to be passing quickly before leaving deeper impression upon me. I have once seen some illustrations of the three witches; but in the play, they didn’t seem grim at all. The eerie atmosphere felt after Macbeth killed Duncan, and later on when Lady Macbeth was sleepwalking with candle in her hand. Maybe this play in particular would be much better when performed on stage, than read as a book.

Macbeth is a Scottish general, and after having won a battle, the Emperor Duncan praises him for his bravery. When he is chatting with his colleague Banquo, they meet three witches whom greet them with prophecies. Macbeth would become Thane of Cawdor (he is at present Thane of Glamis), and then a King; while Banquo is prophesied to beget a line of Kings though he himself will not. Almost right away someone tells Macbeth that he is now Thane of Cawdor after the previous one died. Macbeth instantly believes the prophecies to be true, and begins to build ambition for becoming a King.

When the King visits Macbeth’ castle, Lady Macbeth encourages the reluctant Macbeth to murder King Duncan. He did it although got disturbed after the deeds. As he is Kings nearest relative, Macbeth is soon crowned as King of Scotland. But he never rests assured about his throne as he still remembers what the three witches has prophesied about Banquo; so he sent murderers to kill him. Disturbed with guilt, Macbeth seeks assurance from the three witches; whom tells him that no one born of a woman will kill him but to be careful with Macduff—a lord. So when Macduff wants to take revenge for his family’s murder, Macbeth keeps calm as ‘none of woman born shall harm Macbeth. But is it possible for a human being to be invincible? Or is Macbeth deluding himself?

My favorite part from this play is Macbeth’s soliloquy after hearing the news of Lady Macbeth’s death: “Tomorrow, and tomorrow, and tomorrow…”. It is perhaps the only one that really touched me. I can feel how desperate Macbeth is when losing his strong supporting wife while he must be prepared for the grand battle. I almost even felt sorry for him. Here are the full lines: 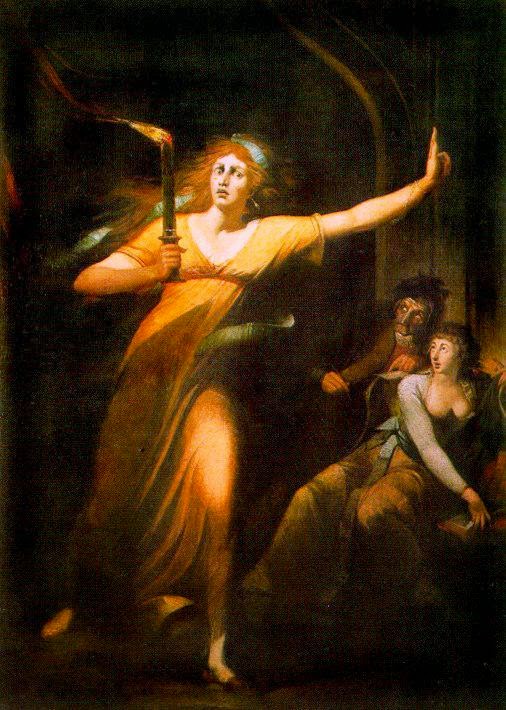 Tomorrow, and tomorrow, and tomorrow,
Creeps in this petty pace from day to day
To the last syllable of recorded time,
And all our yesterdays have lighted fools
The way to dusty death. Out, out, brief candle!
Life’s but a walking shadow, a poor player
That struts and frets his hour upon the stage
And then is heard no more: it is a tale
Told by an idiot, full of sound and fury,
Signifying nothing.

It makes you thinking….do our days of life really signify nothing? Perhaps it doesn’t if you lead a wrong way to live. Just like Macbeth…

I must admire Shakespeare’s great influence in Renaissance literature. His did give a new structure and style to plays, remodeling the old Greek’s and making plays flow more fluently and dynamically. And his role in elevating English language is not to be questioned. But sometimes his lines can be vulgar, which reduce my admiration to him.

Three and a half stars for Macbeth.

Posted by Fanda Classiclit at 7:28 AM