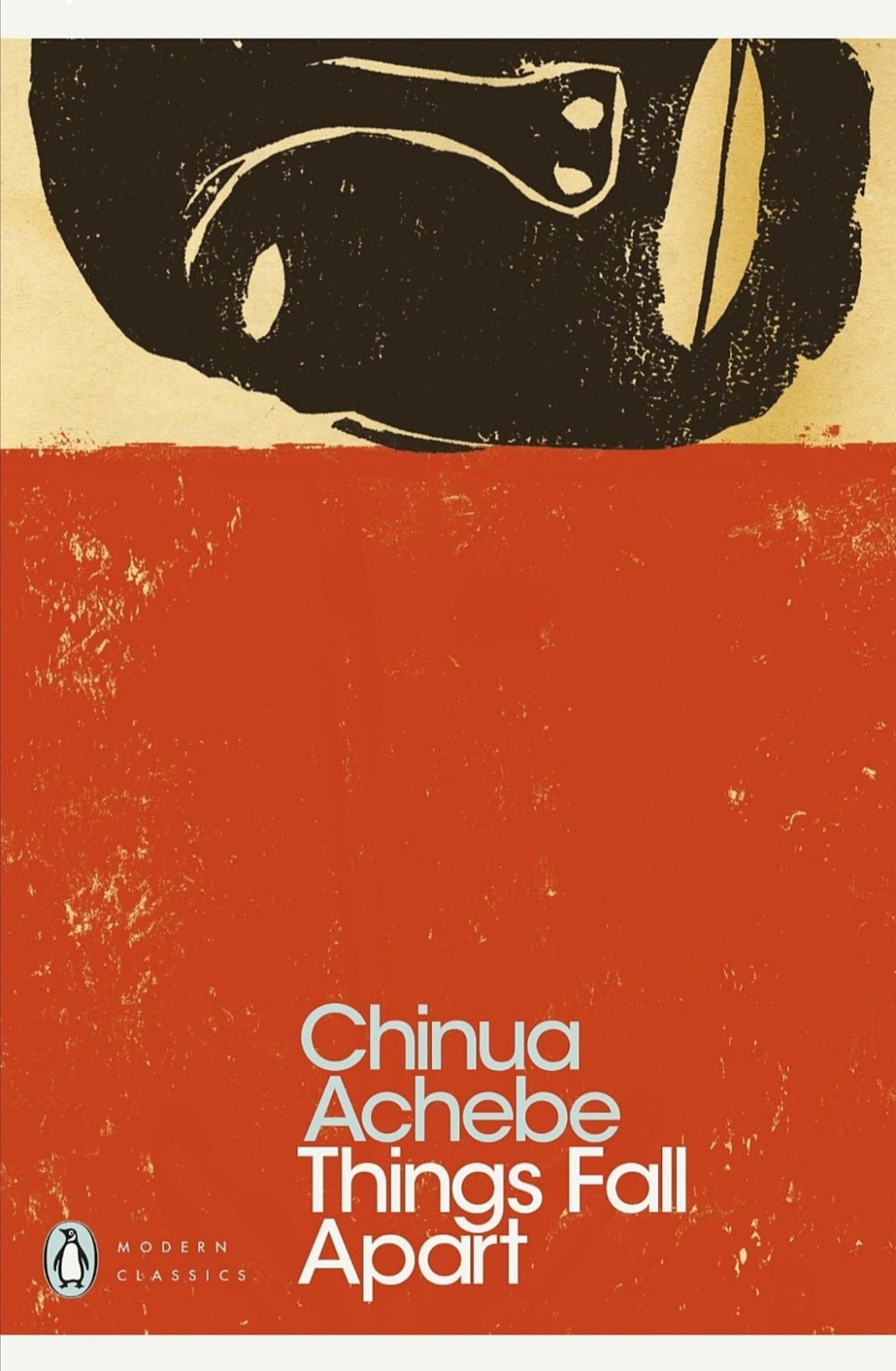 Okonkwo is a young man of Igbo ethnicity who lives in Umuofia village in Nigeria in the late 19th century. He grew up witnessing his lazy and cowardly father brought disgrace to the family, so it's no wonder that he becomes a fierce and strong warrior with toxic masculinity. Okonkwo resents weaknesses and femininity, beats his wives and children, to show off his manliness (and I think to convince himself that he is the very opposite of his father.)

One day the Umuofia clan took a boy, Ikemefuna, as a "settlement" (the boy's father has killed an Umuofia's woman), and selected Okonkwo as the guardian. He gets to like the boy, while worrying for his son's (Nwoye) lack of manliness. Unfortunately, the clan then decided to kill Ikemefuna due to an Oracle. An elder chief warned Okonkwo not to participate in the murder, as it would be like murdering his own son. But Okonkwo ignored it, so as not to be regarded weak by his people.

After the murder, Okonkwo's life turns from bad to worse. Things begin to go wrong, and Okonkwo and the whole family are eventually exiled by his people. At the time of the Okonkwos' return to Umuofia, their land has changed. White missionaries had been coming to introduce Christianity, and slowly but surely changed the whole society. One of the first converts is Nwoye, Okonkwo's own son, who had never forgiven his father for killing his best friend Ikemefuna, and who is more inclined to Christian's teaching than his people's violent way of life. Okonkwo bitterly sees how his people do not hold on to their tradition as tight as he, and begin to embrace a new one; he sees that his world is changing, and things fall apart.

Things Fall Apart is not an entertaining read. I do love reading about foreign cultures - and Achebe's writing is flowing beautifully in telling the story - so I really enjoyed the earlier part of this book. I disliked Okonkwo's toxic masculinity, but I sympathized with his disappointment on his father, and how he worked hard to dispel the bad "legacy". I understood that Okonkwo is shaped by his society. However, my sympathy's gone when he committed the murder. To let his people do it without fight from his side is cruel enough (but still understandable considering their views), but committed the crime with his own hand... I just can't! I lost my respect for the main protagonist of the book I'm reading, so what remains?

Besides the women, Obierika (Okonkwo's friend and neighbor) is the only one character I can stand. He's the neutral voice of the book, the common sense. He considers, reasons, questions their tradition, he sees beyond their little world, and does not think something is right just because the "oracle" said so.

Moral of the story:
✔Changes aren't always bad, as we never know what might happen in the future.
✔Better use our common sense and consider everything proportionately.
✔When change is inevitable, embrace it wisely, or we'll get "extinct".

Considering all aspect, here is my rating: