Scene on Three (10): Little House on the Prairie - The Nightingale Song

Laura Ingalls was gifted with the skill of narration; she saw things with her soul, and was capable of describing them so beautifully though with simple narration. This scene was taken from Little House on the Prairie; it happened one night after the family had had a cheerful dinner with singing and dancing. After their guest left, and the prairie was back to its silence, this scene took place. While reading it, I could put myself in the scene, feel the majestic atmosphere, and even listen to the nightingale’s and the fiddle’s duet, even though I have never heard nightingale’s voice in my life. It’s just so vivid and beautiful. 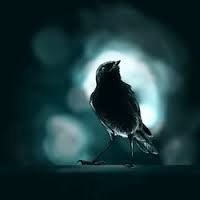 “The wind rustled in the prairie grasses. The big, yellow moon was sailing high overhead. The sky was so full of light that not one star twinkled in it, and all the prairie was a shadowy mellowness. Then from the woods by the creek a nightingale began to sing. Everything was silent, listening to the nightingale’s song. The bird sang on and on. The cool wind moved over the prairie and the song was round and clear above the grasses’ whispering. The sky was like a bowl of light overturned on the flat black land.

The song ended. No one moved or spoke. Laura and Mary were quiet, Pa and Ma sat motionless. Only the wind stirred and the grasses sighed. Then Pa lifted the fiddle to his shoulder and softly touched the bow to the strings. A few notes fell like clear drops of water into the stillness. A pause, and Pa began to play the nightingale’s song. The nightingale answered him. The nightingale began to sing again. It was singing with Pa’s fiddle. When the strings were silent, the nightingale went on singing. When it paused, the fiddle called to it and it sang again. The bird and the fiddle were talking to each other in the cool night under the moon.”

*Scene on Three is Bzee’s meme of posting your captured scenes or passages, and explaining why they are interesting. The ‘three’ means we should post them on the dates with ‘3’: the 3rd, 13th, 23rd, 30th, or 31st. 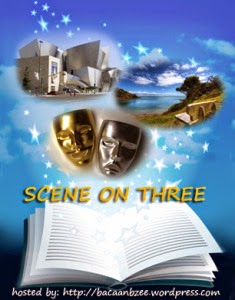 Posted by Fanda Classiclit at 9:41 AM
Email ThisBlogThis!Share to TwitterShare to FacebookShare to Pinterest
Labels: Little House on the Prairie