Why Didn't They Ask Evans? by Agatha Christie 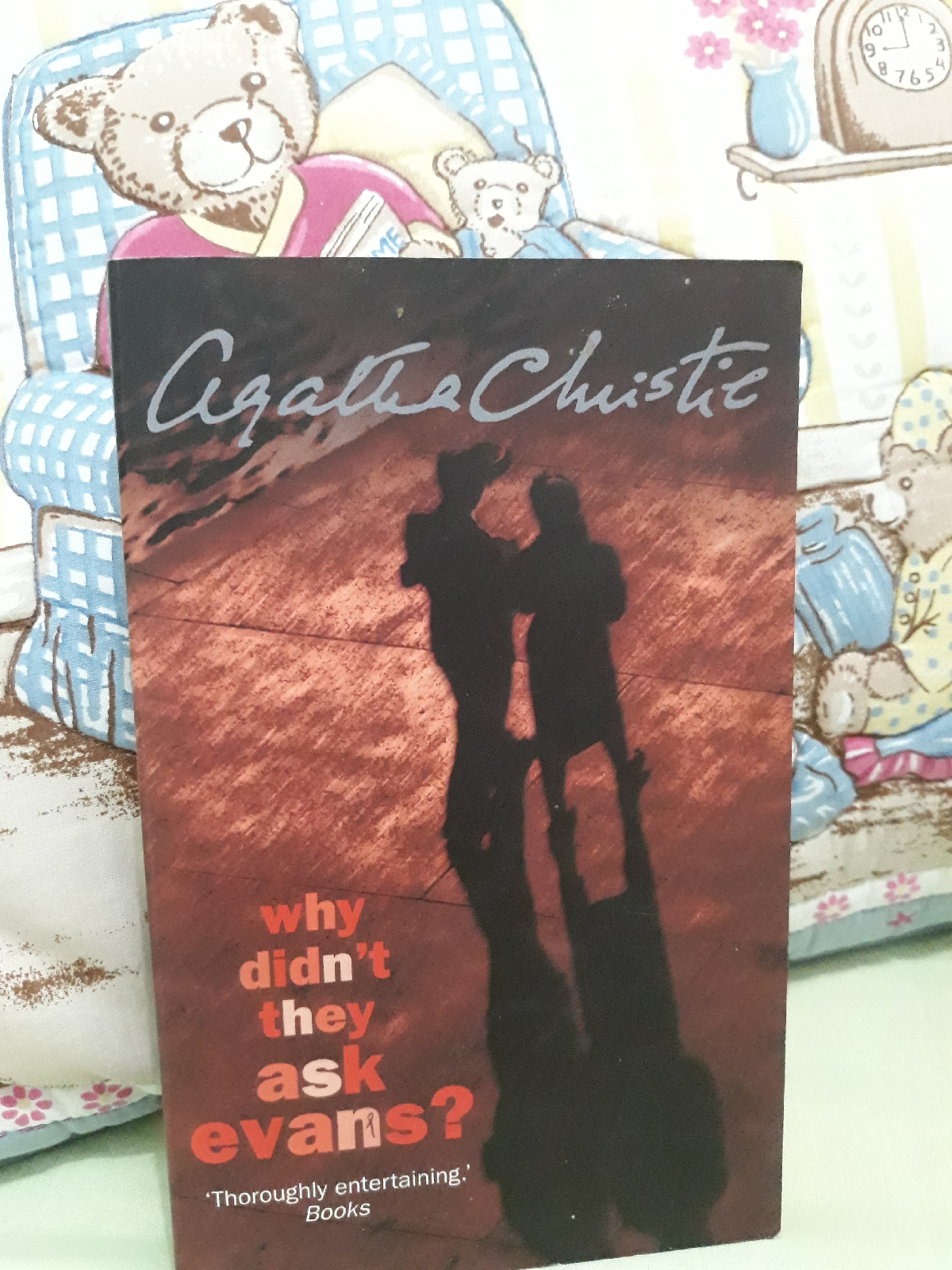 Why Didn't They Ask Evans? is the most intriguing title of Agatha Christie's crime detective novels, and incidentally the one I'm sure I haven't read before. Actually, I didn't even realized Christie ever wrote it until about ten years ago. That's why I have expected eagerly to read it for the first time. The result? Not disappointing, and definitely fun!

This is one of Christie's amateur detectives collection. Bobby Jones and Lady Frances "Frankie" Derwent remind me so much of Tommy and Tuppence, but they are more amateurish, more foolish than T&T, which make the story much lighter and more entertaining than thrilling. Bobby Jones is the fourth son of a conservative Vicar - by fourth means least expectation has ever been put on him by his father, who thinks he's lazy and good-for-nothing.

One misty afternoon, Bobby was playing golf - and he sucks at it too! - when the ball flew over the edge of a cliff. While trying to retrieve it, he finds a dying man's body on the rock below. He stayed by the crumpled body while his friend goes for help, and found a photograph of a beautiful woman inside the man's pocket. Then the man suddenly opened his eyes, and utter "Why didn't they ask Evans?" before collapsed and breathed his last breath. Bobby was in dilemma, he didn't want to leave the corpse alone, but he must went home to play organ for his father at the church. Luckily another golfer appeared at the scene, and agreed to replace Bobby.

Bobby was thinking no further of the accident when he met his childhood playmate: Lady Frances Derwent aka Frankie, a rich but bored girl, eager to seek adventure. At the inquest, a Mrs. Cayman witnessed that she is the woman in the photograph, and the deceased is her missing brother: Alex Pritchard. It struck Bobby how the beautiful girl in the photograph could grow old as the coarse Mrs. Cayman. Not long after the inquest, strange things happened. Bobby suddenly got a great job offer from Argentine with huge salary - which he refused. Then he was poisoned when he fell asleep in a solitary picnic - which he miraculously survived. These last events are so suspicious, that Frankie thought Bobby has been targeted for murder. The local newspaper then published the photograph which supposedly found in the dead man's pocket, which Bobby realized is NOT what he'd actually found. They realized the only possibility is that the other golfer who replaced Bobby is the one who had swapped the photographs, a man called Roger Bassington-ffrench from Merroway Court. Thither then, the investigation must be performed first.

Like I said earlier, this story has some similarities with Tommy and Tuppence's. Both couples are amateurs-turn-detectives; they are all restless or even jobless, because post-war job opportunities were scarce; the girls dominate the guys and more brainy; they trust their friends too easily, while detectives must always distrust others; and they both witty and humorous.

Compared to T&T, though, this story feels more believable; what Bobby and Frankie did is what you would imagine you and your friend would do if you want to play detective - you would do some foolish things, you'd misjudged people, a lot! The villain would lure you into the trap oh-so-easily, that even the inexperienced reader would shout: NO! But maybe, that's what Christie wanted to accomplished: an amateurish detective story that is light, fun, and sometimes sweet. Just a nice change from the serious murders or political crimes.