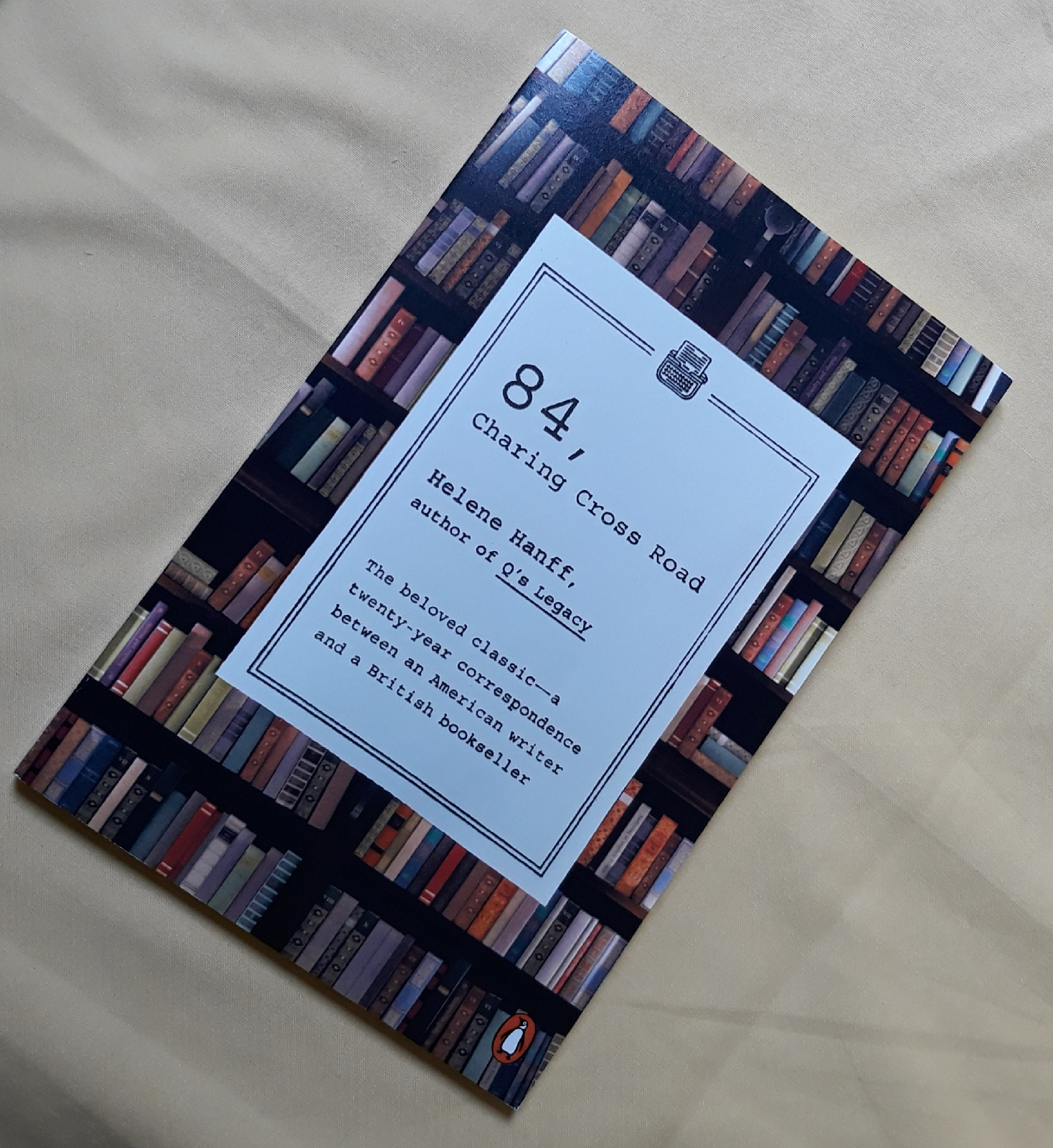 ✍🏼 This book is probably the best non-fiction-feel-like-fiction books I've ever read so far. In the middle of the reading, I had actually googled it to make sure that the story had really happened in real life, and not a fictional account of a historical event. And it surely is 100% real.

✍🏼 Helene Hanff is an American aspiring writer who loved to read classics or rare books. In 1949, four years after World War II ended, access to rare books was limited. In this condition, Helene wrote a letter of purchase order to a British out-of-print book store: Marks & Co., located in 84, Charing Cross Road, London - a correspondence which lasted in twenty years.

✍🏼 And so this book is a compilation of these correspondences, consisting of Helene's and the bookstores staffs' letters, for over twenty years. And what is amazing and beautiful about it, is that those letters were not only of business issues; they also developed into a warm friendship, not only between Helene and Frank Doel, the corresponding staff, but also with other staffs.

✍🏼 The friendship was even far exceeding the literary matters, which, along the way, felt less and less important. They started telling stories about themselves, sometimes funny, but often touching. Learning about food shortages in Britain as the aftermath of WWII, Helene sent Frank Doel and other staffs food parcels, often during special occasions like Christmas, which delighted them very much.

✍🏼 During those twenty years, everyone became good friends, and we, as readers, witness the most touching and inspiring acts of humanity, only by reading their letters.

✍🏼 It's really a wholesome book to read - light but at the same time, deep. And of course, there are tons of literary discussions and classic books mentions, which are equally delightful for classics fans like me.