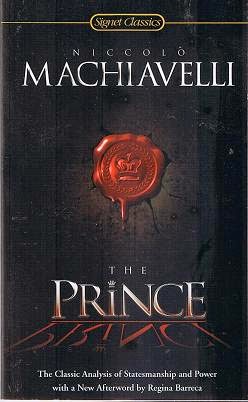 Everytime I heard (or read) the word ‘Machiavellianism’, my mind would involuntarily relate it with cunning aspects. That’s why I had a doubt while deciding to add The Prince into my reading list. But, I was so curious about this book, and so I braced myself to pick it for my History Reading Challenge. I am glad I did it, because it turned out to be interesting; it widened my perspective of state’s ruler and power.

Machiavelli wrote The Prince to Lorenzo Di Medici as a guidebook for a prudent prince to keep his state prosperous.

“…for in the same way that landscape painters station themselves in the valleys in order to draw mountains or high ground, and ascend an eminence in order to get a good view of the plains, so it is necessary to be a prince to know thoroughly the nature of the people, and one of the populace to know the nature of princes.”

Although Machiavelli wrote especially of monarchy, most of his guides also benefit modern republican states. I have made a diagram of monarchy models, how to achieve and maintain it. But what I like most is his guides for being a prince, or a ruler. Some of his ideas are too unconventional and even cynical, that people put negative labels to Machiavelli. But I think we ought to separate our ideal with the prosperity of a country or state. I believe that stability is the key to prosperity, as without it, any rulers—competent though he was—would have difficulty to do anything. So, I agree with Machiavelli, that to be feared is more important for a ruler than to be loved; to be slightly miserly is better than to be overly generous. Because people, who love you in better times, could easily become your haters when things gone badly, and who knows….what would happen then? Whereas if you are feared, you can put stability over your state more easily, while at the same time you are trying to bring prosperity to your people.

In conveying his principles, Machiavelli seemed to be lack of consciences or morality. He advised us to always be good, but must be able to do evil when necessary—to be fox and lion at the same time. But, again, I think it is reasonable. To deal with vast multitude in a country is not a simple task; stability is always the key. Thanks to Machiavelli, now I understand these things; that seeking the right ruler is far different from having an ideal patron. Here are more of his analysis.

The Prince is not purely a history. Although Machiavelli used actual histories—mainly Italian rulers, but also other European ones, and even Greek and Roman’s leader—this book is more focusing on politics and power guide book and philosophy. Machiavelli’s analysis is thorough and sharp, and his writing is brave and blunt. But that makes this book more interesting…and classics!

Three and a half stars for The Prince. 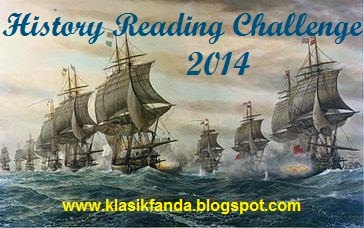 Posted by Fanda Classiclit at 7:28 AM