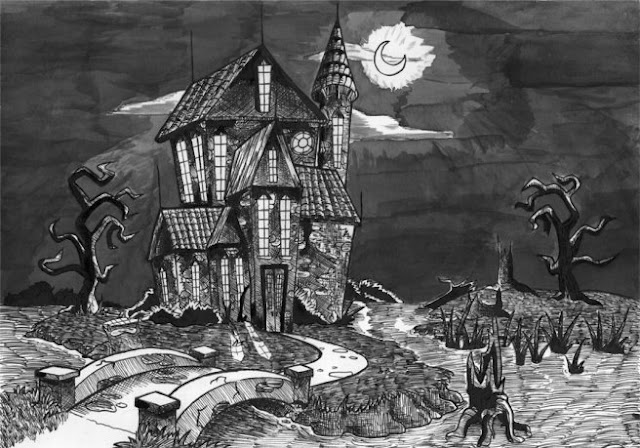 Being an Indonesian, I have never celebrated Halloween. Here, the All Saints Day is not public holiday; the Christians only celebrated it in Mass. We are not familiar with costume parties, trick-or-treat, or jack-o-lanterns; not when we were kids, at least. October is for me just another month—busy month towards end of the year. Thus, this Gothic Book Tag by The Classics Club (thanks, moderators!) really spiced up my October a bit this year.

Which classic book has scared you the most?
Dante’s The Divine Comedy – I have read Inferno… and that’s all. Have tried to delve into Purgatory, but did not understand about 80% of it. Tried to jump to Paradiso, and… it’s like reading a book in foreign language—total failure. I have even tried an online course on youtube, but I guess I’m too lazy to begin.

Scariest moment in a book?
The torture in Poe’s The Pit and the Pendulum.

Classic villain that you love to hate?
Got to be Erik (the phantom) in The Phantom of the Opera. He is sweet, kind, honorable; but for the society’s distrust, he would have been a great man.

Creepiest setting in a book?
I’m not sure. Maybe each place in Bradbury’s The Halloween Tree, except the Halloween tree itself; I found it rather cheerful than grotesque (review still to come). 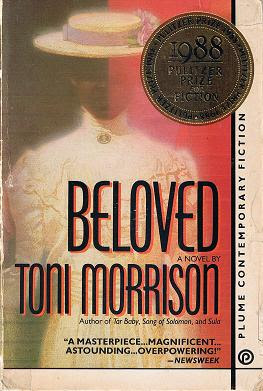 Maybe my copy of Morrison’s Beloved falls in this category. At first you’d think it’s a black woman wearing hat, but on close inspection you’d see that the red background goes through her face; and you realized that she has no face. Creepy, no?

Book you’re too scared to read?
Dracula! Laugh at me if you want, but I felt coldness in my soul while reading it. Like every cheerfulness and light was sucked out of me by it (like Dementor? Ugh!). Finally I must hide the book under my Bible to be able to get a peaceful sleep. Call me superstitious or crazy, but that actually worked well.

Spookiest creature in a book?
Count Fosco in The Woman in White. Nothing is spookier than a man without conscience.

Classic book that haunts you to this day?
L’Assommoir by Émile Zola. Seems that I can’t resist to put Zola in every list/tag, LOL. But really, L’Assommoir shocked the hell of me six years ago (and I haven’t got the guts to reread it to this day).

Classic book you really, really disliked?
Gone with the Wind

Character death that disturbed/upset you the most?
Lily Bart from The House of Mirth

List your top 5 Gothic/scary/horror classic reads.
Seriously, only 5? :D
- The Phantom of the Opera (Gaston Leroux)
- The Picture of Dorian Gray (Oscar Wilde)
- And Then There Were None (Agatha Christie)
- The Mystery of Edwin Drood (Charles Dickens)
- The Woman in White (Wilkie Collins)

Share your scariest/creepiest quote, poem or meme.
The nursery rhymes from And Then There Were None, originally written by an Irish songwriter Septimus Winner in 19th century. Some calls it Ten Little Injuns; but Christie used Ten Little Indians; or like in this picture: Ten Little Soldier Boys. Which one be it may, it’s still creepy (at least the fact that it was a nursery rhyme is really scary!) 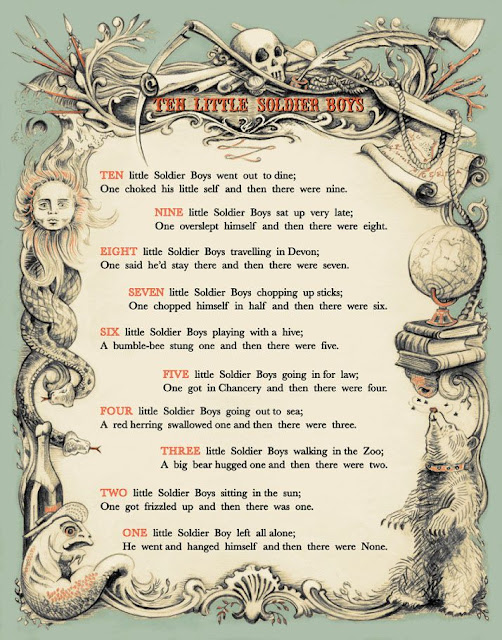