The Song of The Lark by Willa Cather 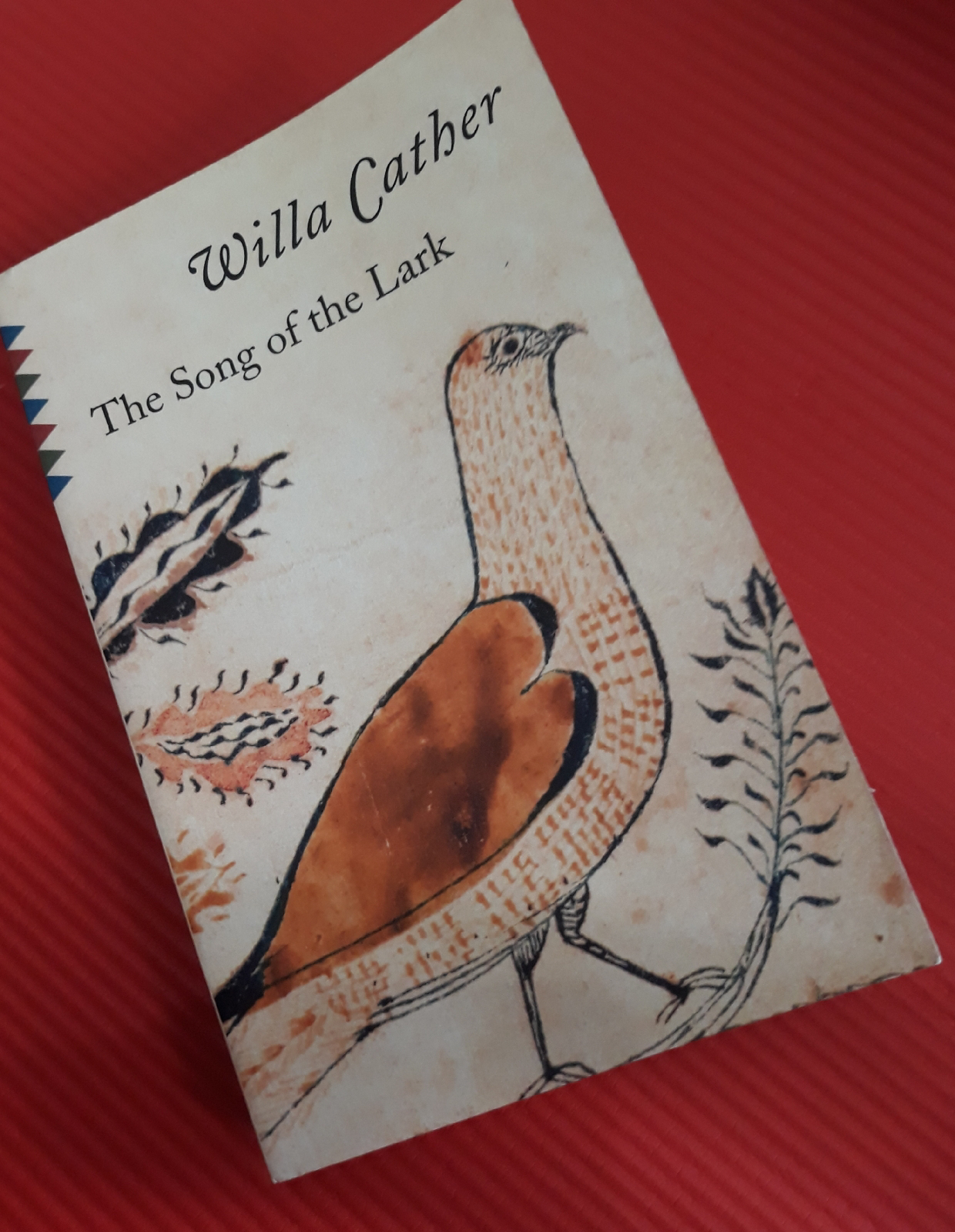 The Song of The Lark is the second book of Cather's Prairies trilogy (preceded by O Pioneers! and succeeded by My Antonia). Its the third Cather's I've read so far, and to be honest, the most disappointing.

The story is centered on Thea Kronborg - a teenage girl, daughter of a Swedish Methodist priest who lives in Moonstone, a small town along the rail line of Colorado in the 1890s. Thea is a talented teenager with extraordinary character: intelligent, independent, reserved, strong-willed, passionate, hard working. This book is a bildungsroman, telling the making of an artist from zero.

Thea knows that she's different - more superior - from her peers. Only Doctor Howard Archie (a young town physician with unhappy marriage) and Ray Kennedy (a 30 years old railroad conductor who dreams of marrying Thea when she's grown up) who fully understand and support her. There are also Thea's mother, Aunt Tillie, and Spannish Johnny from the Mexican settlement, who can see - though not fully understand - Thea's exceptional talent, and support her, though silently.

It's Herr Wunsch, an old drunkard German music teacher, who first teaches Thea to play piano. However, after one drunken frenzy, Wunsch leaves town, and Thea takes over his pupils - starting a professional career at age fifteen. Then an accident takes Ray Kennedy's life, and he leaves Thea six hundred dollars to study music in Chicago. And so, at seventeen, Thea Kronborg leaves Moonstone to study music under Andor Harsanyi, who, accidentally finds out that Thea's real talent is not music, but singing. So he let's Thea go. 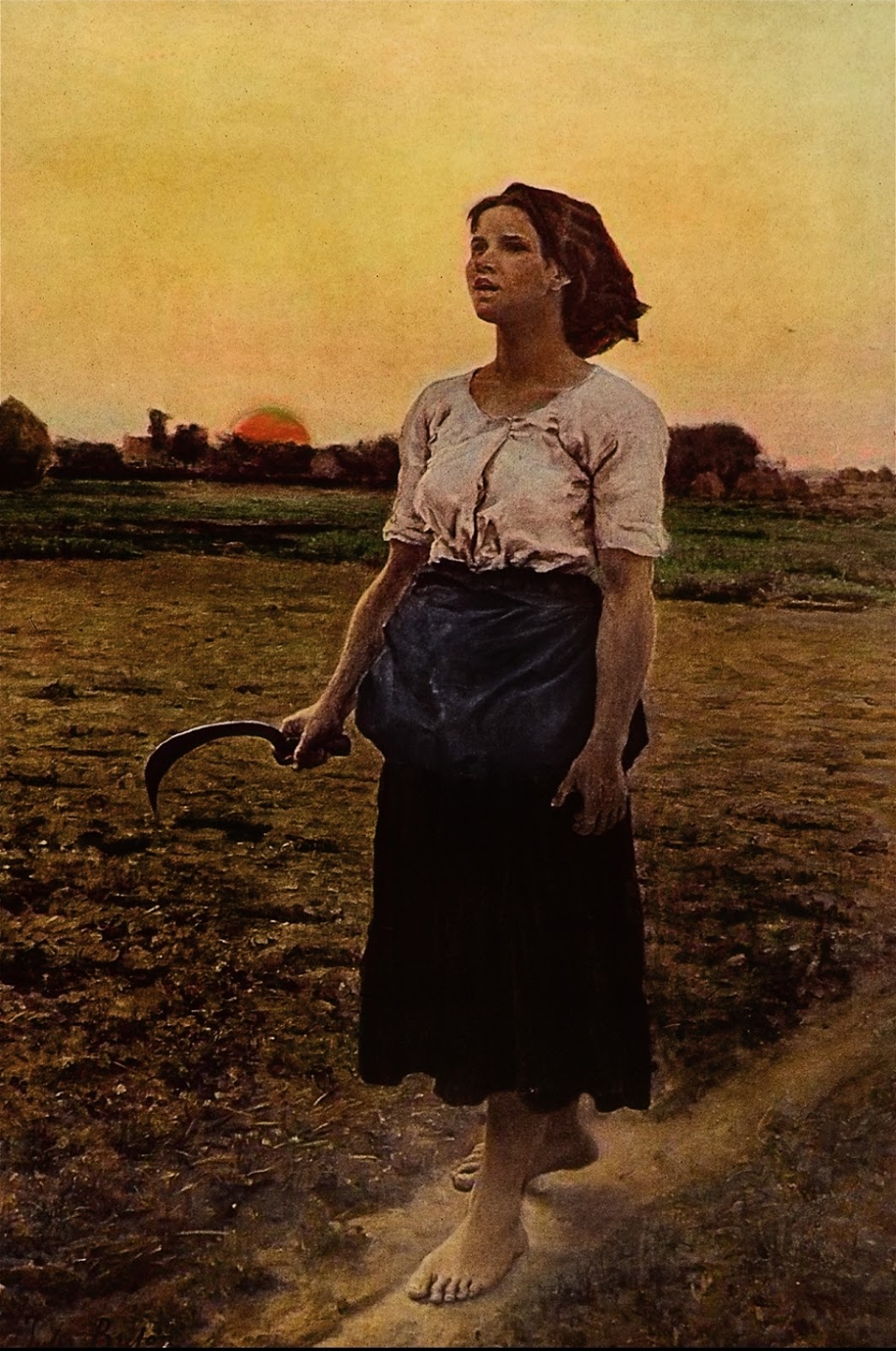 (The Song of the Lark is a painting by Jules Breton, 1884, in which Thea Kronborg identifies herself with the girl - and from which Cather titled this book)

Returning to Moonstone, Thea finds her family (excepting her mother) are weighing her ambition down with their narrow-mindedness and mediocrity, and so she makes a tough decision to leave her town and family for good - cutting off a useless relationship.

Back to Chicago, she's diligently studying to become an opera singer. That's how she meets a rich, handsome son of a brewer who takes interest in opera singer: Fred Ottenburg. I honestly feel that Fred - though supportive - has changed Thea's personality... to worse. I know that Thea is reclusive from teenager, but she's also affectionate to ones she cares about. Her intimate relationship with Fred changes her to be more into herself and selfish. I hate Fred, he's an egoist man who flirts with Thea while still married. He knows that Thea is vulnerable and innocent, yet, excusing himself of raising Thea's career, lies and lets Thea falling in love with him. What a jerk!

Thea then goes to Germany for further preparing her professional career as opera singer, by borrowing money from Doctor Archie - who has grown rich from silver mines investment, and so after his wife died, leaves Moonstone and lives in the city. He is my most favorite character in this book. I've had a vague hope that he would fall in love with Thea in the end, because, apart from Fred Ottenburg, Howard Archie is the only man who can understand Thea. He's mature, kind, calm, and supportive. He would have been a perfect husband for a raising star (who came from humble and simple town) such as Thea. I imagine Doctor Archie, smiling and beaming, accompanying Thea during all the hustle bustle of showbiz from theater to theater. Smiling proudly from his seat during performances, calming the singer on the way back home when she's depressed because she has missed one high note, and nervously anticipating what the critics would say the next day. He would be Thea's counterbalance to live a quiet and meaningful life at their happy home, amidst the glittering world of operas. But... Cather thought differently; she made Archie's a fatherly (or brotherly) love, and picked instead the scoundrel Fred, who only brings bad influences, to be Thea's love interest. Bah! 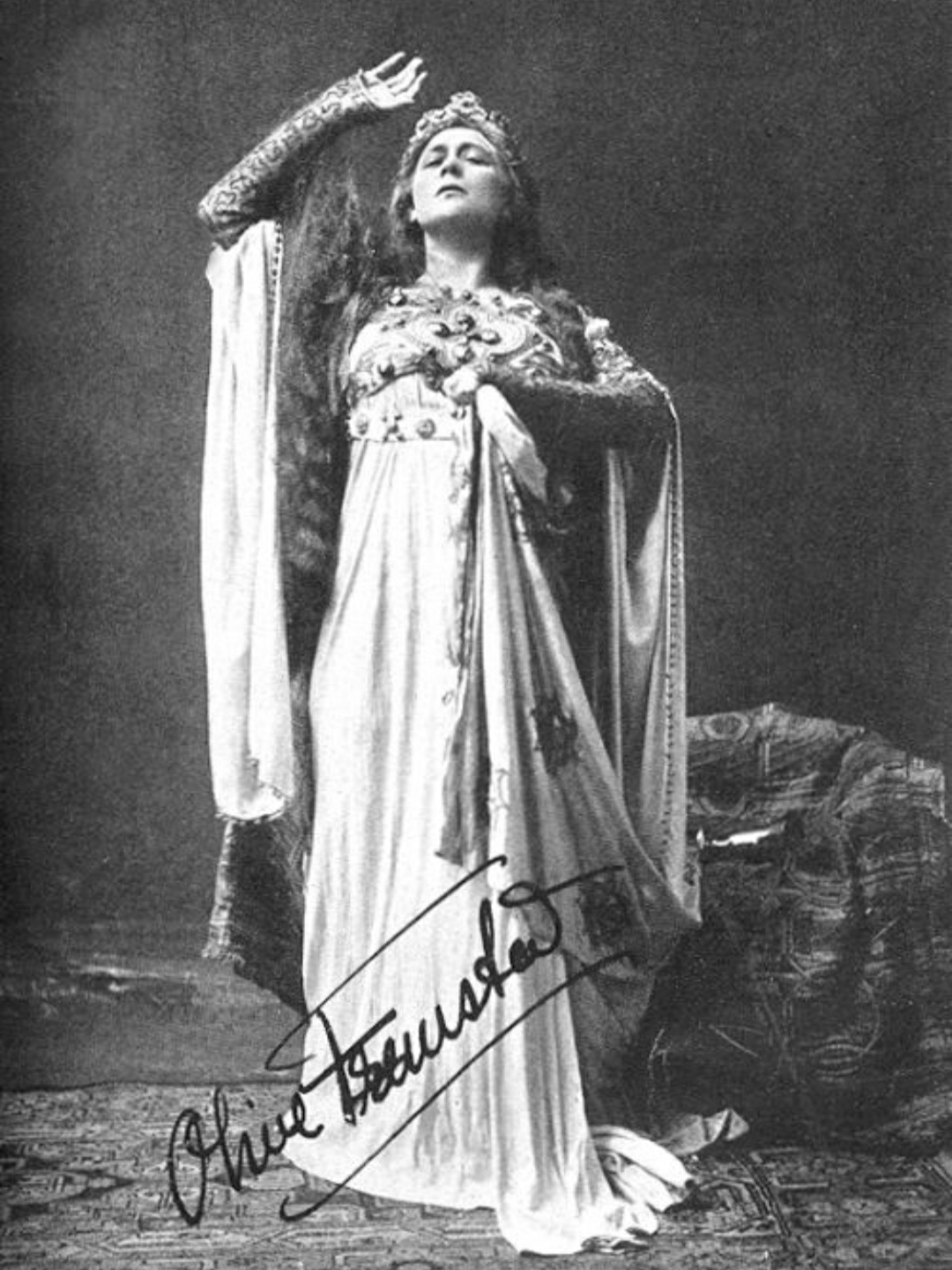 (Olive Fremstad is an opera diva, by whom Thea Kronborg's story was inspired)


And perhaps, because of that, Thea has grown up as an egotist, arrogant woman, who chose an important performance rather than her dying mother. I have discussed before how Thea's unwise judgement would inevitably influence her future life. I don't know whether it's the best path for making a great artist, but if it's so, I'm truly grateful for not possessing such talent and ambition. Yes, in the end Thea might made many people happy (represented by Spanish Johnny and Aunt Tillie), but damn it, you should have put your mother's feeling on top of others, Thea Kronborg!!

I've had a lot of expectations before reading this book. I thought it would be a soothing book like Death Comes to the Archbishop or O, Pioneers! and indeed, I have been savoring every chapter from the first and second part. But starting part III, the book tone changes, along with Thea's personality. The title of part III is "Stupid Faces", which gave me foreboding of how Thea would change to be arrogant and full of suppressed anger. Afterward, it's kind of a disturbing read. Hopefully the next one, My Antonia, would make compensation for this disappointment.

Posted by Fanda Classiclit at 7:58 AM

Email ThisBlogThis!Share to TwitterShare to FacebookShare to Pinterest
Labels: 20th Century, America, Bildungsroman, The Song of the Lark, Willa Cather