This Side of Paradise by F. Scott Fitzgerald 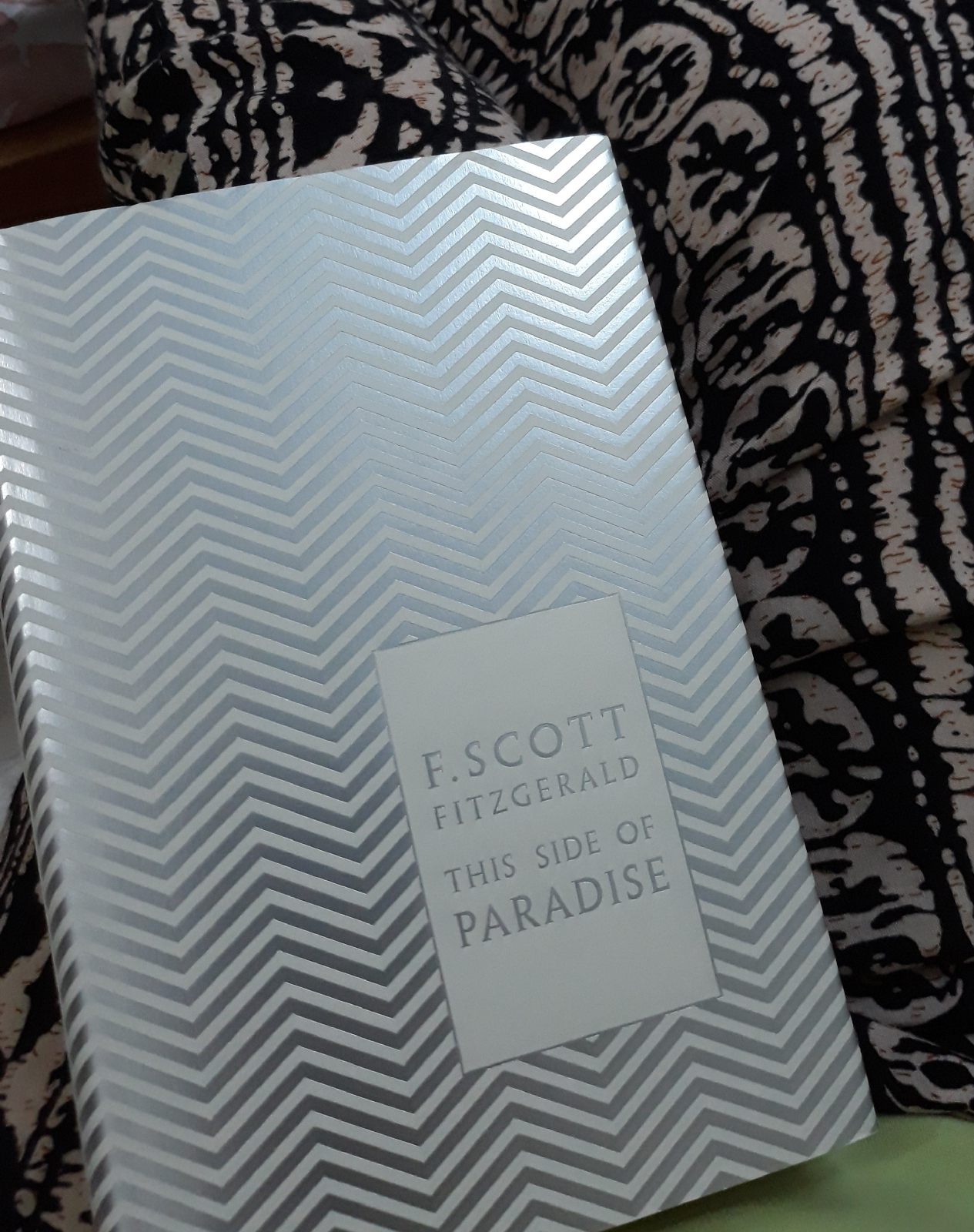 If there's one good thing about year 2020 so far, it's perhaps the bicentennial of Fitzgerald's first published novel: This Side Of Paradise. Some people might regard the novel immature, or even babbling, but for me it's the epitome of the Jazz Age era. But, as there're always two different sides of everything, so, too, the 1920s - at the other side of the bling-bling of the flappers and the liberating of the Charleston dance, there's also the hollowness, confusion, disillusionment of the Lost Generation. And these two aspects are magnificently captured in these sketches collection which Fitzgerald has weaved into a beautiful novel.

People regard this novel as immature not without reason. It's a semi-biographical account of Fitzgerald himself, following the self discovery journey of an upper-middle class Midwestern young man called Amory Blaine. What an appropriate name for the era! It sounds sentimental, but the person is way from it. Amory is a spoiled kid, shaped and idolised by his eccentric mother: Beatrice, who seems to have raised him for her "delightful companion".

The story starts with one of Beatrice's nervous breakdowns, which forced Amory to live with his aunt and uncle in Minneapolis. He's thirteen, and soon found himself "unconventional" compared to his peers. Here, and throughout the book, the sense of being out of place always haunts Amory. He proposes to take a prep school in St. Regis - previously having been privately tutored by Beatrice and a tutor along their nomadic lives - in order to shake off Beatrice's influence. There he finds himself superior, but his friends thinks him conceited, his teachers, he's lazy and undisciplined.

Next, college life. He goes to Princeton, believing himself would be liked and praised by his friends - he's intelligent and feels himself capable of doing some great things, anyway. But, again, setbacks. He joins the football club (for popular gain, not for sport), but an injury cut his short career. Next, literary field; he joins The Daily Princeronian - the college newspaper, then resigns as he still isn't belonged to the elites. At Princeton it is where he starts learning about social classifications, and struggles to fit himself to anyone of the classes - a theme later on matured in Fitzgerald's masterpiece: The Great Gatsby.

If academics doesn't seem to educate Amory, even a bit, it's because he is, instead, shaped by his friends and lovers. Amory is like a blank canvas who doesn't have any idea what kind of painting he would become, or even, he would like to be. He needs different painters to paint on him. He seems to be satisfied with the first painter, but comes the second, painting differently on him, then he would be like: Yeah, I might like it better. Until the third painter paints on him, and so on. He keeps drifting on.. 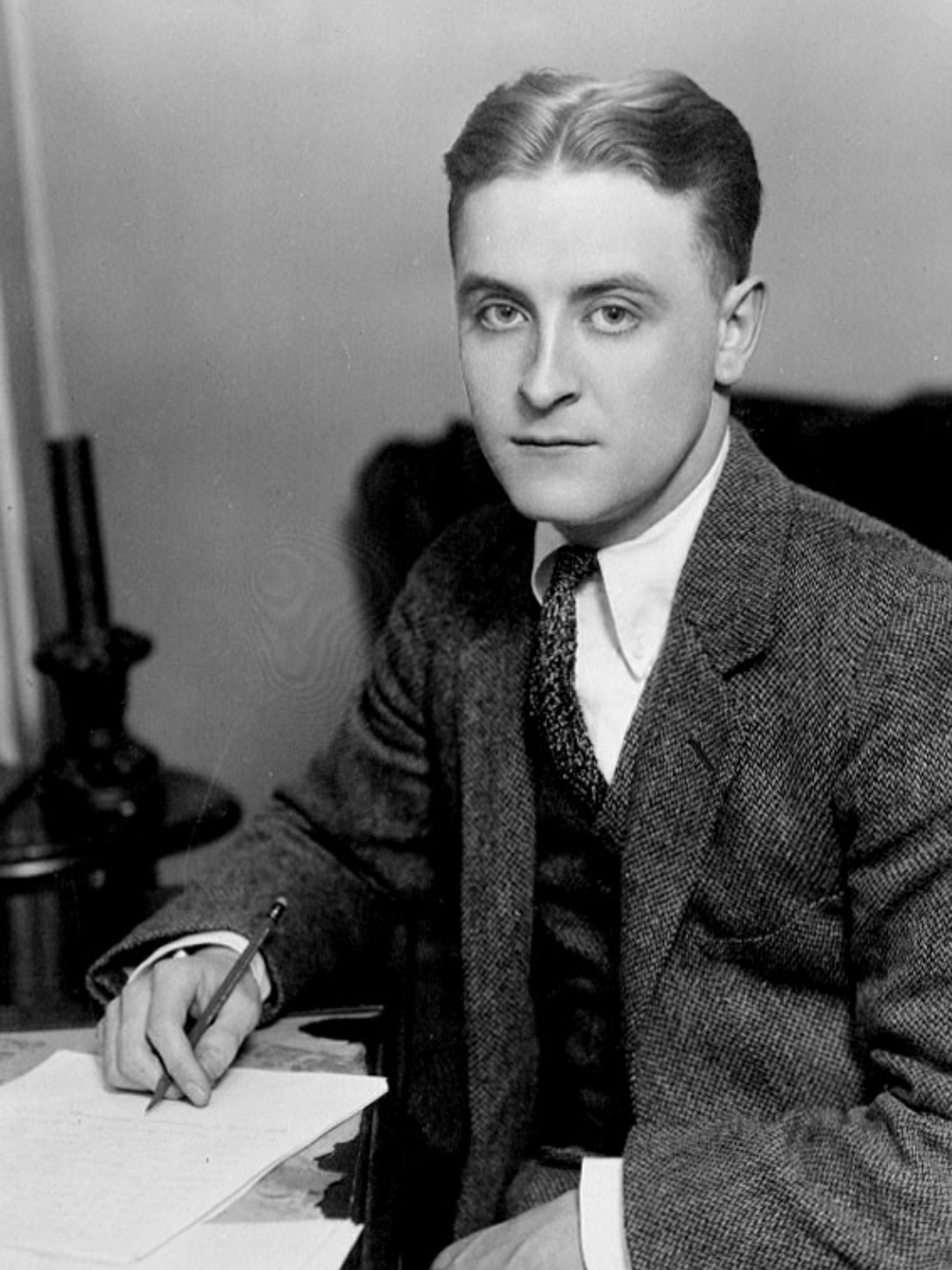 Two most influential relationships Amory has attached himself with, are with Monsignor Darcy, a Catholic bishop, who was an ex lover of Beatrice, and becomes a friend and spiritual counselor to Amory. Second is Amory's true love: Rosalind, a New York debutante whom Amory met after he served in the WWI as bayonet instructor. In spite of her love for Amory, and in spite of Amory's efforts to work as copy writer for an advertising agency to steal her heart, Rosalind chose to marry another wealthy young man (out of love) because she can't live with poverty. In real life, Zelda Sayre (rich debutante herself) only agreed to marry young Fitzgerald after he successfully published his first novel - THIS novel (ironical, eh?)

And so, this book is like a compilation of incoherent snatches of Amory's daily life in his journey to adulthood. The style is jumping from prose to poems, to dramatically dialogue, to letters. The reading effect is... confusing, but at the same time, strangely enough, amusing and entertaining. If Amory's journey is in quest of his self, Fitzgerald's is of his unique writing style.

There's many themes here which you'd also find in The Great Gatsby. The longing for social recognition is one, then there's the car's accident, money vs honors, and wealth vs morality. But I have my personal favorite points. First is the "devil" that Amory sees when he and his friends goes to a girl's place for.. uh.. a little "party". Nobody else sees it but Amory. I wonder if it's not a scrap of his conscience to not taking part in the debauchery? Nevertheless, he has been brought up as Catholic, and a bishop is one of his important friends. I just think that, it's not his money or social background, which would make him unconventional; it is his moral principle and unique personality, which he doesn't realize he possesses. Fitzgerald later used this little conscience theme in The Great Gatsby.

Another favorite of mine is the last paragraph. The scene of Amory's nostalgic walk to Princeton, and his famous closing line: "I know myself... but that is all." while "stretching out his arms to the crystalline, radiant sky". Isn't it a symbol of reconnecting with the past, so that you could learn from your flaws and errors, to really identify yourself - good and bad - and then, only then, that you could strive in life?

This Side of Paradise is the true depiction of the lost generation. Young men who lost their youths at war; who, when the war was coming, regarded it as heroic battles they've read in history, but instead, they witnessed brutality and terrifying deaths. It's being the first war which used modern weapons added to the horrible experience they must have dealt with. And so, they lost their faith to life, love, and the purpose of life. They were disilusioned and confused of what or who they were, and what to do next. The Lost Generation.
Rating: 4,5 / 5

Posted by Fanda Classiclit at 8:49 AM

Email ThisBlogThis!Share to TwitterShare to FacebookShare to Pinterest
Labels: 20th Century, America, F. Scott Fitzgerald, This Side of Paradise