Top Five Classics About Free Will 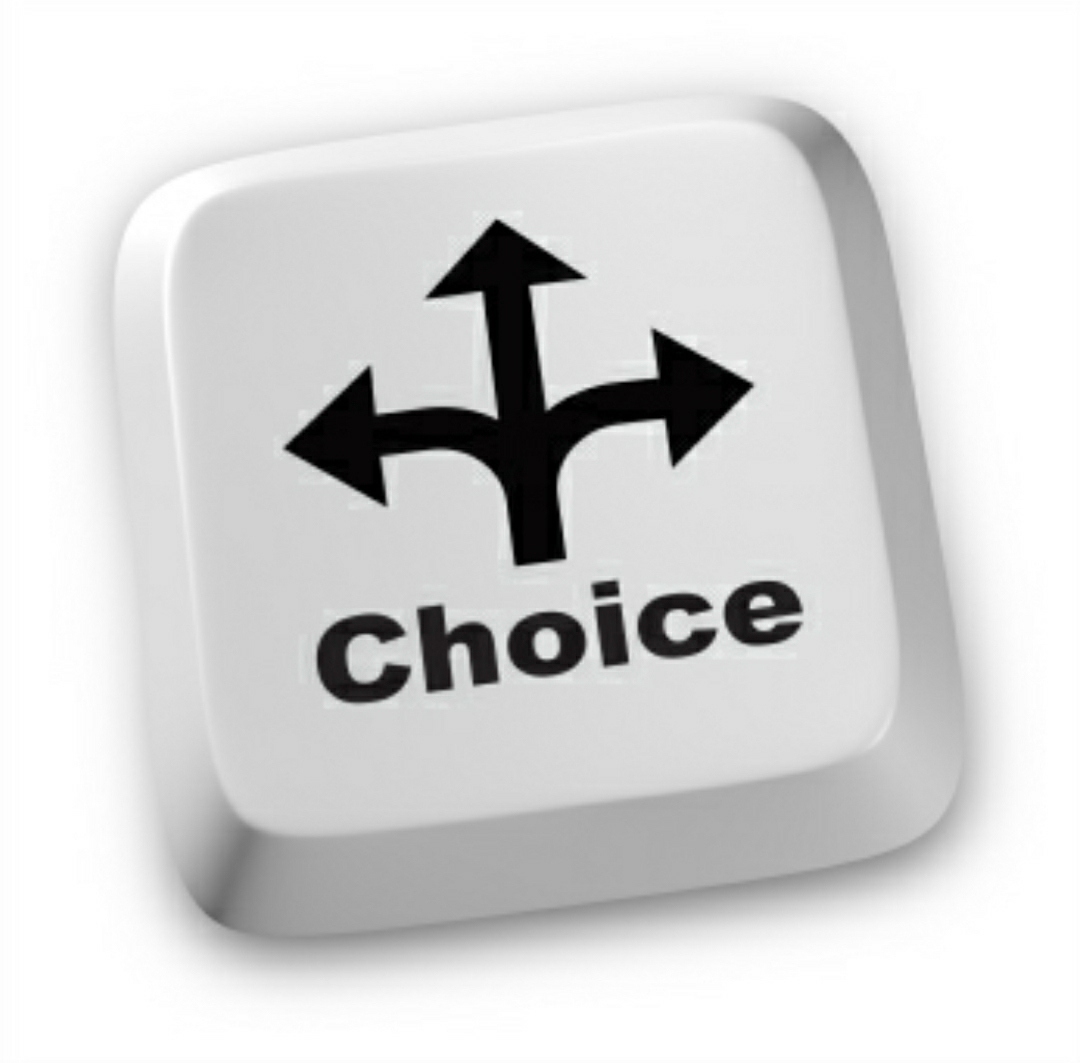 Do you ever have any favorite topic which you can best relate to in any books? The one that's always fascinate you? Mine is free will (and conscience). Books with these topics will most likely be among my favorites. Why, particularly? Because I regard free will as the greatest gift mankind has ever received from its Creator. Without it, we are just a more intelligent species than other creations, nothing more. I have been fascinated to the 'good vs evil' topic from teenager. More about this, you can read in this post. Right now, let's just get to my top five classics, which, either partly or entirely, discuss about free will. Mind you, that I rank them based on their significance on the topic, not on my preference.

You might wonder why a Zola's made it's way to this list, while he supported determinism (the opposite of free will)? Well, it is the lack of free will that I want to discuss here.

Jacques Lantier is an engine driver in the French railway station. He's an educated, and skillful worker, but when sexually aroused, a murderous desire to kill would control him - the beast within. One day he met his cousin Flore, who seduced him. The desire to stab her aroused in him, but just in time he could control it, and rushed away from the scene.

And here is some excerpts from my review, about animal passion and free will:

"On several occasions, his education and conscience prevented Jacques from doing such low moral deed, and that's why he could not kill the man he ought to."

"[Jacques] knew perfectly well why and when the "beast" would show up in him, i.e. when he was sexually aroused by a woman. Jacques was intelligent enough to know that the only thing he must do to prevent it is to stop making up with women and focus his passion solely to his works. It would need a huge effort, but again, we always have the choices and free will to choose one."

In this masterpiece of his, Dostoyevsky argued about free will and conscience - if God doesn't exist, then everything is permitted. From my review, I quote here my thoughts about one of the most eloquent and important chapters in literature: The Grand Inquisitor - a poem by Ivan Karamazov, questioning the free will God has imposed upon mankind:

"[Ivan] believed that free will is impossible burden for mankind, because we will always have to answer to our consciences; that we will never be happy whichever path of life we choose, good or evil. If it was the cause, then why wasting your energy doing good?"

Ivan questions the essence of free will, that does not make man free anyway. One chapter that makes you work on many reflections and thinking, maybe, without any clear conclusion at the end. Well, we are not to debate, right? Just make the choice.. It's like when I receive a gift from a friend, it would be impertinent and terribly rude to ask 'why did you give me this? It will be a burden for me..' No, I will accept it without questioning his reason or consideration (and just think of his/her intention to be kind to me), and if I don't like it, I'll just throw it away. 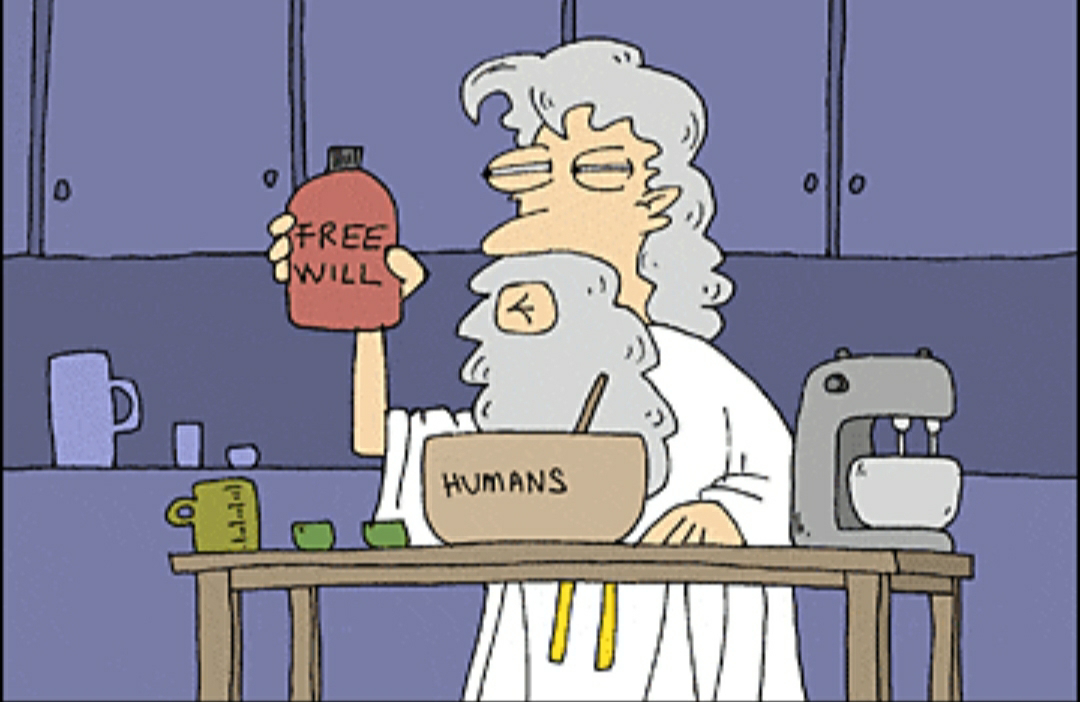 There are so many themes being worked on in Harry Potter series, one of these is free will. In the second installment: Harry Potter and the Chamber of Secrets, Harry wondered about the Sorting Hat's decision of placing him in Gryffindor while he possesses qualities for being in Slytherin - is it because HE asked it? Dumbledore's answer is inspiring:

"It's not our ability that shows what we truly are; it's our choices."

Accordingly, in the last chapter of Harry Potter and the Deadly Hallow, when Albus Severus Potter (what a heavy name for a child!) was afraid he might get sorted to Slytherin, Harry also calmed him down, asserting that "your own choice is also taken into account".

What a relief it must have been for Albus Severus to have a freedom of choice - free will!

In terms of free will topic, Lord of the Flies is slightly similar to The Brothers Karamazov. Of the teenager boys who were stranded on an isolated island (without adults), Jack and the gang chose to be totally free from any rules or consequences by turning into savages (free will is a burden). Ralph, on the other hand, chose the opposite, despite of being alone and threatened to be murdered by others.

Here's an excerpt from my review:

"William Golding has made me realize how difficult it is to keep our pure conscience in the world where morality has been degraded to a terrifying point; when religion is just accessory. Why must we keep being on the right side with all its limitation, while the bad side offers so much freedom?
Ralph's answer when he, too, in a very crucial moment, was forced to choose: "Cos I had some sense."

Ralph has become one of my favorite heroes in literature, because he strives to do good until the end - a mere teenager amidst the horror of his savage friends. He exercises his free will triumphantly!

The greatest book about free will that I have ever read. I have written what I want to discuss here in my old post: On Timshel [East of Eden] | The Freedom of Choice. I won't quote anything here, because it would be copying almost the entire post here. Besides, it's the only way to persuade you to read it (if you haven't two years ago, LOL!) Suffice to say that East of Eden argues about God's words to Cain (in the book of Genesis), in which hidden the suggestion that there is still possibility for him (Cain) to do good (thou mayest instead of shalt thou) - the freedom of choice.

Just imagine, if I can have tea with Émile Zola and Lee (a character from East of Eden) to discuss about free will vs determinism, that would be a discussion I will never forget! ;)

There, we have got a winner.

Do you know any other classics about free will that you think I might love?
Posted by Fanda Classiclit at 7:10 AM