The Pearl by John Steinbeck 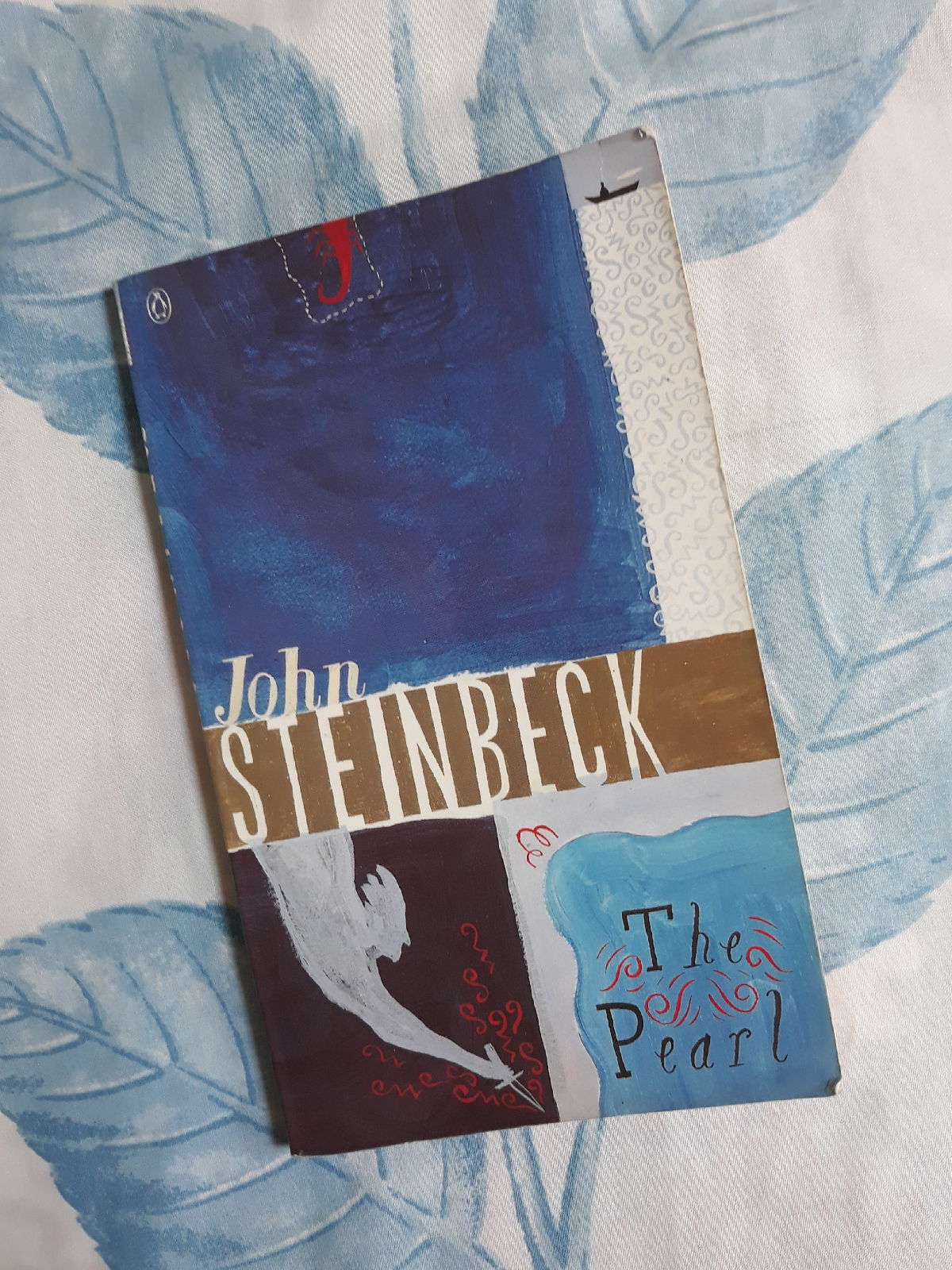 The Pearl is a novella about a poor Mexican-Indian pearl fisherman called Kino. He lives a happy, simple, peaceful life with his family: Juana, the wife, and Coyotito, the baby, in a bush house (hut) in a rural village of La Paz, California. The story (parable is more fitting) begins with an image of a humble but fulfilling live of the family, which is symbolized by The Song of the Family that Kino hears inside his head, while Juana sings softly:

"Juana sang softly an ancient song that had only three notes and yet endless variety of interval. And this was part of the family song too. It was all part. Sometimes it rose to an aching cord that caught the throat, saying this is safety, this is warmth, this is the Whole."

Then, in the midst of this peaceful image, comes a scorpion, hangs on the rope of Coyotito's bed, and stings the baby. The scorpion is like a stone that is plunged into a calm water, sending ripplings of trouble - an evil entity that sends trouble to a happy life: "The Song of Evil, the music of the enemy, of any foe of the family, a savage, secret, dangerous melody, and underneath, the Song of the Family cried plaintively."

Juana sucks the poison, but the wound keeps swelling, so Kino and Juana brings the baby to the doctor. Now the doctor is another "evil", a white man with greedy nature: "This doctor was of a race which for nearly four hundred years had beaten and starved and robbed and despised Kino's race." The doctor, seeing that Kino is poor, rejects attending to the baby without payment.

The next day Kino dives into the water hoping to get pearls to pay the doctor. And being in the best of luck, he finds the hugest and finest pearl he - or even the neighborhood - has ever seen, that he dubs as The Pearl of the World. Kino sees inside the Pearl the things he had wanted for a long time, but had forgotten because of the impossibility. Now it all comes back to him: a marriage in the church for his wife, nice clothes and good education for Coyotito, and a rifle for himself. And as usual with the finding of a treasure, greediness begins to float on the surface of its surroundings. The neighbors, the doctor, the priest, the pearl dealers - the greediness touches them all. And as greediness is the root of all evils, with it, comes envy, stealing, cheating, and even murder. 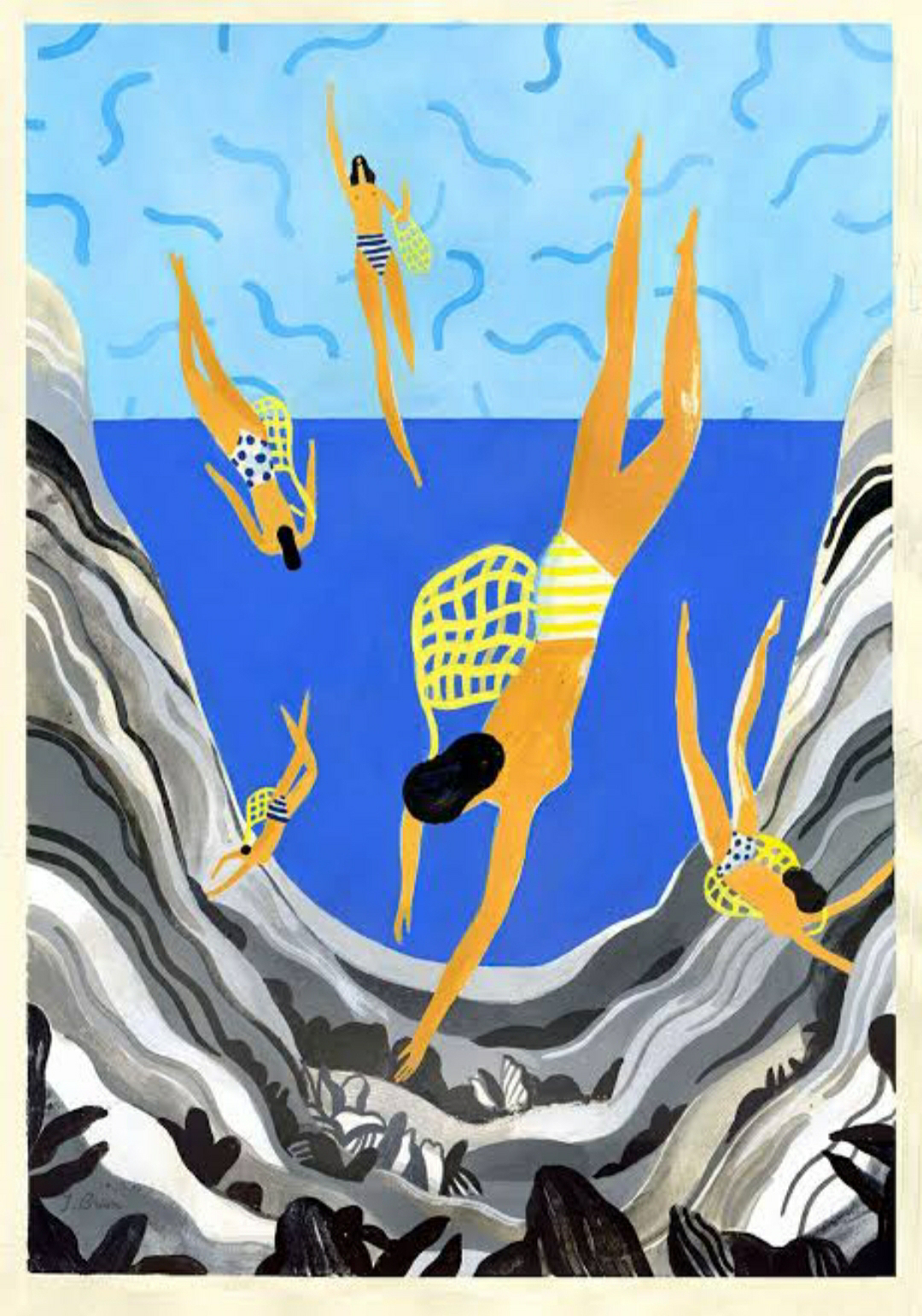 That night a thief comes to steal the pearl, but Kino throws him away. The next morning he goes to the town to sell his pearl to the dealers. For years the pearl fishermen have been deceived by the dealers, who are actually owned by one owner, but act as if they compete with each other, so that they can control the low price. Kino is offered a thousand pesos, for a pearl he believes amounted at least fifty thousands. He rejects it and will sell to the capital instead. However, more thieves come to Kino's bush house, and he is forced to kill one man. At this point, Juana tries to warn Kino that the pearl brings evil, but Kino, already grows ambitious and greedy himself, refuses to let it go. The last night before their departure, a group of unknown men vandalize Kino's canoe and burn his house. There's no coming back now, the pearl becomes their life or death. Along the dangerous journey, the Song of the Evil keeps its melody, becomes stronger every moment, drowning the Song of the Family.

So The Pearl reflects upon the cycle of human life. There's peace for several years, but then comes "the enemy", one critical moment that shakes the peacefulness. But the novella's center point is the perpetual battle of good and evil. The Song of the Family and The Song of Evil, which are playing alternately in Kino's head, symbolizes the good vs evil in us. The evil might be sleeping for years of peaceful living, but one critical incident might awaken it from its slumber, and, who knows what path it will lead us to.

This story also shows the complexity involved in the battle of good vs evil. Kino's poverty in the first place, came from hundred years of oppression of the other race (the whites) against his. There's always this hatred and suspicion against the whites in his heart, planted by his ancestors. The scorpion sting is only the trigger. Without it, Kino, Juana, and Coyotito might have lulled by their contented life, despite of their poverty. But the scorpion sting awakens the ancient hatred and suspicion. The pearl triggeres his greediness to take everything that has been robbed by his enemies. He could have accepted the thousand pesos offered by the dealer at the town, but the long suspicion and hatred burns his greediness and hatred further to the utmost.

And lastly, The Pearl reminds us that good and evil are always existed, they live side by side since the beginning of world, to its end. We can't avoid them; it's a perpetual struggle, and that the best thing to do is always try to do good (listen to our Song of the Family), and avoid evil (ignore the Song of Evil). That's all we can do.

I think I have found a new favorite: The Pearl. It's so beautiful in writing and poignant in capturing the essence of life.

Posted by Fanda Classiclit at 6:42 AM