A Biography of Émile Zola by Alan Schom 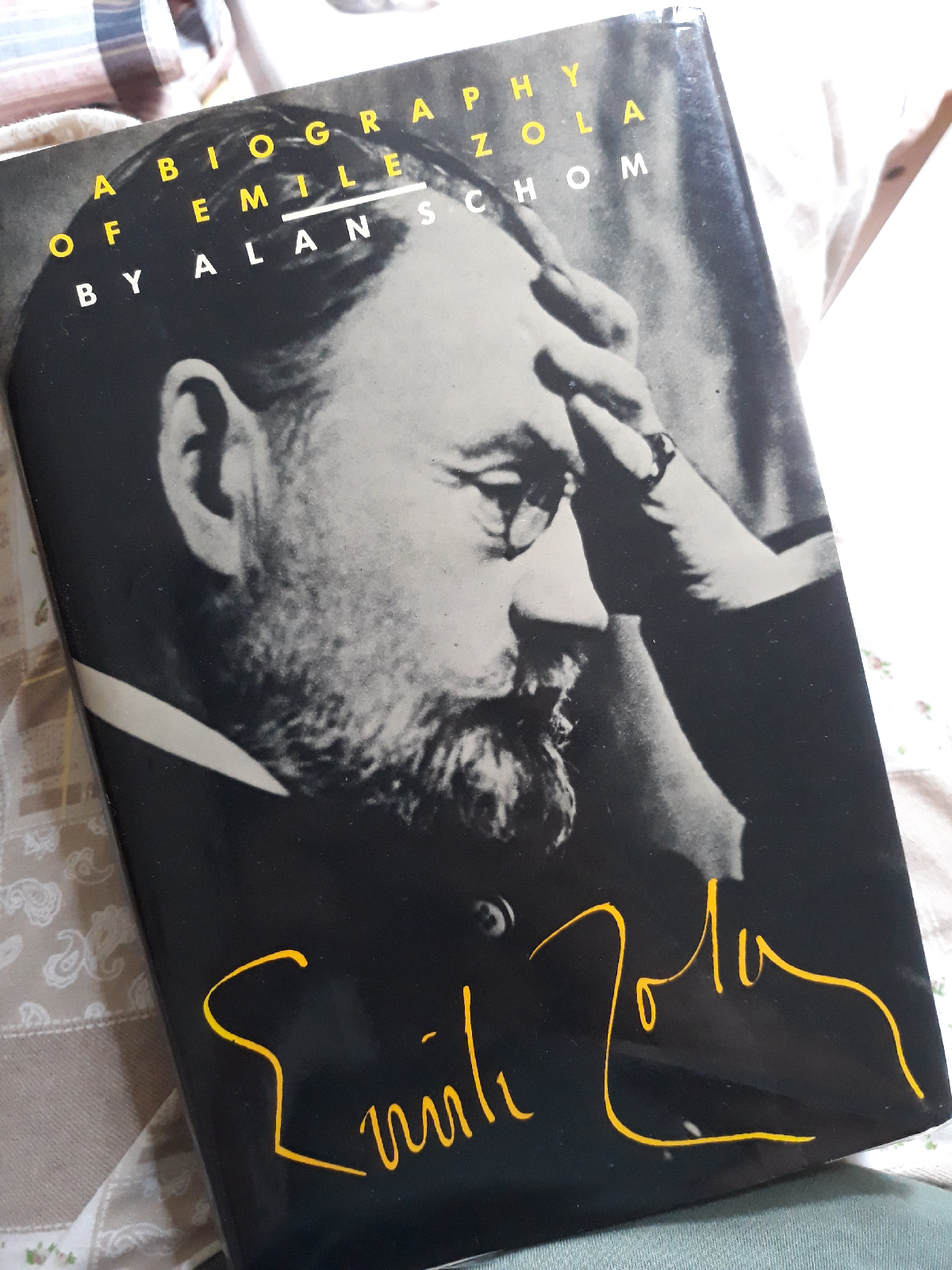 This is the second Zola's biography I've ever read - the first being F.W.J. Hemmings's The Life and Times of Émile Zola - and I'm glad I had picked it. I found it more comprehensive, that, after finishing the book, I felt like I knew Zola more intimately than I've ever had. While quite familiar with his history (his genius civil engineer father's death when Zola was 7 y.o., the family's poverty and struggle in Paris, Zola's failure in Baccalaureate test, etc) from Hemmings', and his involvement (and even exile) in the Dreyfus Affair from Michael Rosen's The Disappeaance of Émile Zola, I've never been intimately "acquainted" with him, in terms of his personal character, his views, or love life, which this book amply provides. Here are some interesting bits I've gathered along the reading:

✔ François Zola (Zola's father) has been involved in "temporary disappearance of 1500 francs of regimental funds" while serving with the Foreign Legion in Algeria. The incident was later brought by Zola's enemies in Dreyfus Affair, in order to defame him. However, Schom argued that it is more likely that the money fraud was caused by François Zola's careless bookkeeping, instead of intentionally. Nonetheless, it's one of the many causes of Zola's depressions during the Affair.

✔ The 19 year Zola dreamed of finding a true love with a "good angel" - tender, kind, loving woman - and worried that he'd never find one. However, his first and only marriage with Alexandrine (neé Gabrielle) was loveless, and only out of convenience. Zola needed a practical woman to support him as writer, while Alexandrine needed security and honorable position. Only in his later life, did Zola meet his true love and his dream woman in Jeanne Rozerot, who gave him two children and the comfort of family life to the middle agwd and lonesome Zola.

✔ Zola was a hardworking man. Though he was forced to take a clerical job for a living in his early 20s, he still managed to write. Then, a small inheritance from a deceased grandfather helped him to choose journalism as his main job, paving his way to financial freedom to pursue his dream of writing fiction. And after he became a successful writer, Zola still worked hard, often working on more than one task at a time, that he sometimes must engage his friends to do researches for him, so that Zola later could use their notes as his writing material.

✔ Do you know that Zola was quite a successful librettist? His earlier career as playwright might be quite disastrous, but later on his L'Assommoir has been staged as a successful play. But his best achievement in theater was perhaps his collaboration with Alfret Bruneau, the French composer. Zola provided some of his works for Bruneau's operas, and he even acted as librettist for at least two operas: Messidor (1897) and L'Ouragan (1901).

✔ I'm familiar with the fact that L'Assommoir was Zola's first successful book, that launched his career as a respected writer in France. But La Debacle was in fact his most successful and best selling book. Even Nana has surpassed L'Assommoir in sales number!

✔ As a human being, Zola is actually a sensitif, patient, loyal, persistent, and generous man. He strongly held on his principles (truth and justice), never hesitate to sacrifice his comfort to fight injustice. But he could also be indecisive, especially when it comes to his marriage. Schom criticized Zola for never divorcing Alexandrine and marrying Jeanne, as the triangle love later proved to bring sorrow for all parties. But I think Zola was too kind and loyal to leave Alexandrine, who has supported him through their ups and downs, though he could hardly stand Alexandrine's emotional temper and headstrong. He also proved to be loyal to his whiny and parasitic friend: Henry Céard. But only in Alfred Bruneau, I guess, that Zola found a true friend with mutual affection and respect.

✔ From Zola's portrayal of the Jews in L'Argent (Money), Schom concluded that Zola was anti-semitic, though later he would change his views while defending Alfred Dreyfus (why, though? This isn't in accordance with his consistency). I personally didn't see Zola as particularly anti-semitic. His portrayal is only describing characteristic of Jews as he might have seen or known, just like in his portrayal of priests in The Sin of Abbé Mouret. Did he hate priests or Jews in particular? Not necessarily, he's just presenting the facts - whether he liked it or not.

There are still a lot of small bits about Zola which I could not write all here. You simply must read the book to understand more about Zola as a person. Had I lived in 19th century France, I would have honoured to be one of his friends, or better still, his protegés (for he's so generous towards them, always encourage them to be successful). All in all, Émile Zola is an amiable human being, when he's not depressed or indecisive. And I'm so grateful to Alan Schom to have written this biography in so intimate and personal way.
As a bonus, here's from Denise's memory (Zola's daughter) - the last time Jeanne and the children were to see Zola alive - and it's so heartbreaking!
"On 27 September, he [Zola] came to Verneuil to kiss us goodbye, and we were all to return [separately] to Paris the following day. I no longer remember why, but we did not accompany him, as we usually did, to within a few hundred feet of his house, going via the village streets where, so often during the [Dreyfus] Affair, women would throw their dirty dish water over us as we were passing. Now, instead, we stood at the front door, watching him walk away, turning to look at us once more, and then continuing, finally disappearing round the corner."