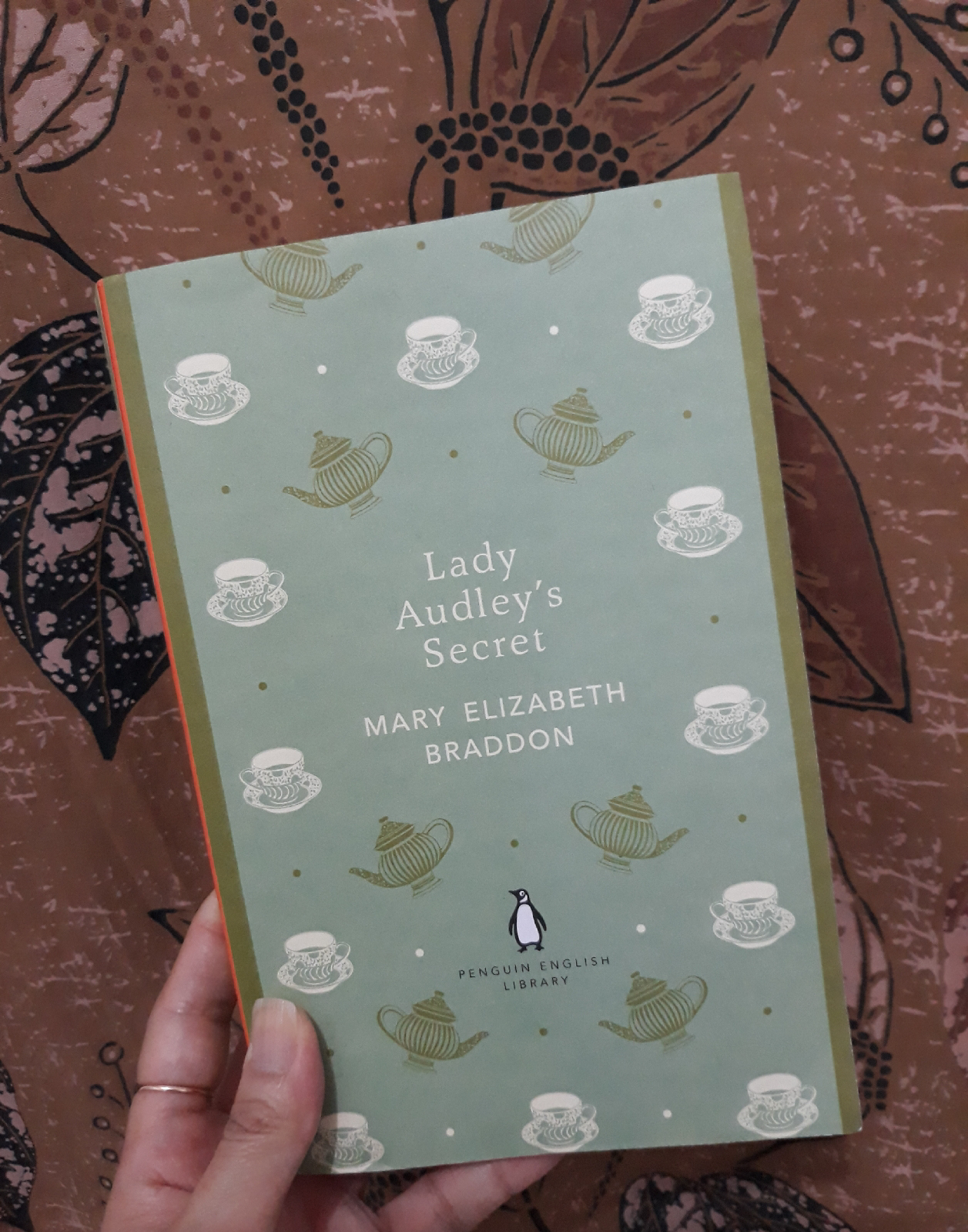 👒 Lady Audley's Secret is the most famous novel of Mary Elizabeth Braddon. It was labelled a sensation novel, because of the "accidental" bigamy committed by its "heroine". Braddon herself lived with her publisher John Maxwell and had children with him when he's still married, while his wife lived in an asylum. She could only marry Maxwell after his wife died.

👒 Lady Audley was Lucy Graham, a governess, before Sir Michael Audley was enchanted by her innocent beauty, and married her to become the lady of Audley Court.

👒 George Talboys is coming home to England after three years of gold prospecting in Australia, only to find that his pretty wife, Helen Talboys, has died.

👒 Robert Audley is Sir Michael's nephew, and friend to George Talboys. He brought his mourning friend to Audley Court, but Lady Audley avoided him. Nevertheless, he viewed a painting of Lady Audley when she's not at home, and seemed to be struck by it. Then, one day George Talboys disappeared on the next visit to Audley Court - leaving his friend, the listless Robert Audley, to solve the mystery.

👒 By the time Lady Audley tried to avoid meeting George Talboys, I thought I knew what her secret is. And when he's missing, I suspected that my lady's secret is way much deeper than what I've thought.

👒 For me, Lady Audley's Secret is a cozy and comfort reading. But I can imagine how sensational it was when first published in 1862. Though bigamy isn't extraordinary within the society of mid 19th century, I think it's considered rather daring when a woman openly wrote and published the subject in a novel.

👒 The story is believed to be inspired by a real event: Constance Kent case in June 1860, which became a sensation for years.

👒 Robert Audley, with his lazy, easy going manner, is easily my favorite character. I loved how he always treats Lady Audley tenderly and with respect, and how he considered what's best to do for her - when Sir Michael just left, ignoring everything with 'I don't want to know what you did for her' manner. I know he's terribly hurt, but how irresponsible and selfish it is!

👒 In the end, there's the question of Lady Audley's madness. Is she really mad? I personally don't think so. It is clear that she is self-centered and morally flawed, but I see her more as a trapped and scared animal in desperate attempt to free itself from the cage, and find a safe home. It's not madness; it's survival - desperate and persistent survival.

👒 And like any other women of that century, they were persistently belittled by men. In my opinion, George Talboys brings himself his fate when he left his wife just like that. For three years. Maybe his purpose is for improving the family financial - there's nothing wrong with that, of course - but how the wife is supposed to survive for years with neither explanation nor assurance? Men like Robert Audley or Sir Michael never blamed what George Talboys did to his wife, but of course Lady Audley's conduct is out of pardon, condemned without question.

👒 This novel is quite interesting, if not intriguing. The kind of reading I'd happily pick for comfort.