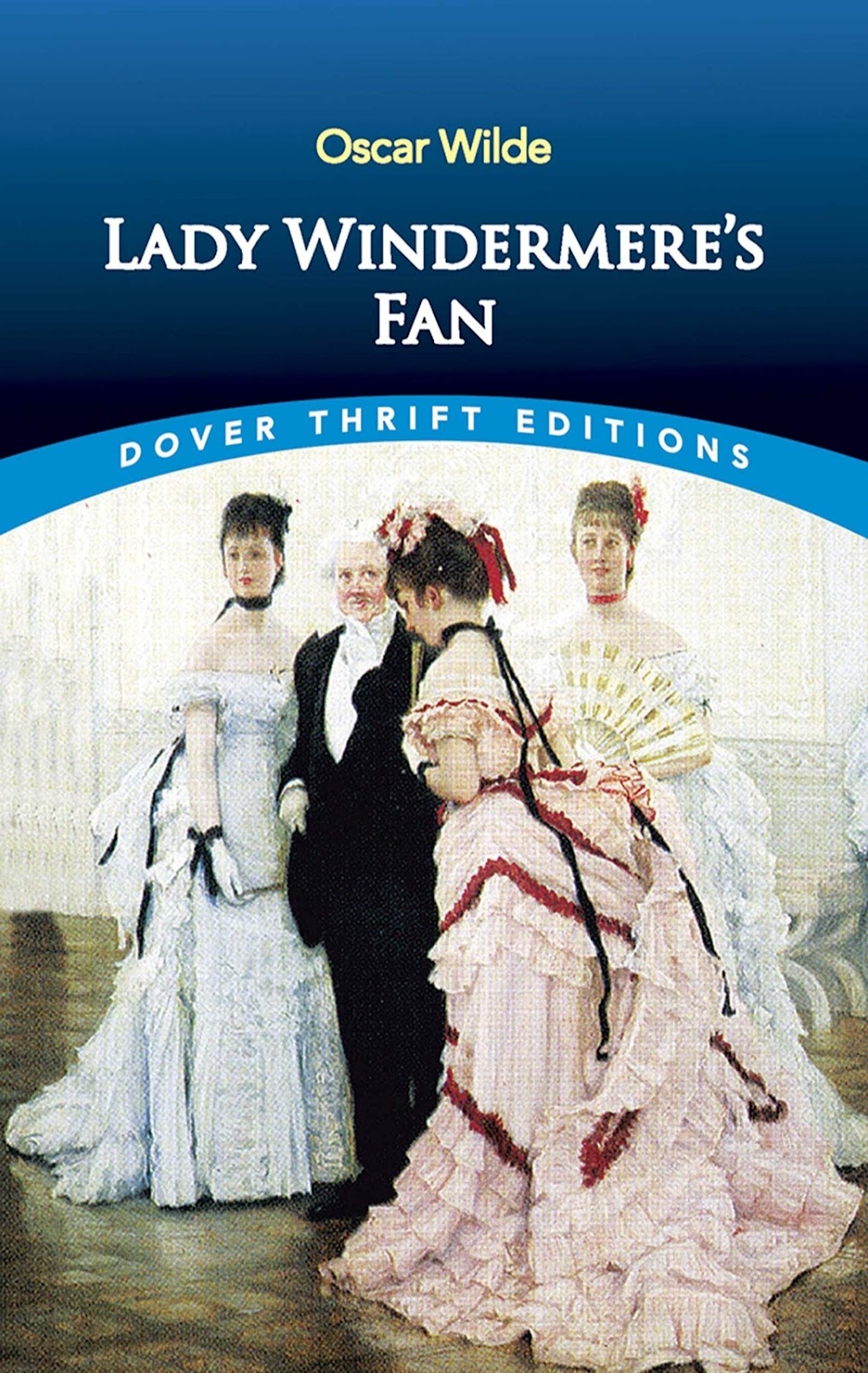 🌸 Lady Windermere is a woman with puritan upbringing. Despite living in the corrupted society (where it is common for married men or women to have lovers) her view of marriage is still pure and innocent.

🌸 Lord Darlington loves Lady Windermere, but she chided him for giving her much attention, while showing him her beautiful new fan, a gift from her husband, Lord Darlington. I believe the fan is a symbol. In this case, it symbolizes love and fidelity in marriage. It's a token of a happy marriage.

🌸 Then a Lady Berwick told her that Lord Windermere is having a mistress, a Mrs. Erlyne - apparently infamous as a lose woman. When confronted by Lady Windermere, he denied of betraying her, but couldn't say anything else. He even insisted to invite Mrs Erlyne to their party to help her back into the society.

🌸 Believing his husband is lost, Lady Windermere sought help from Lord Darlington, who took the advantage to propose elopement. She rejected it at first, but eventually relented, she wrote a letter to her husband and went to Darlington's apartement, but he's not at home.

🌸 Mrs. Erlyne, reading Lady Windermere's letter to her husband, followed her to Darlington's and persuaded her to return to her devoted husband. But Lord Darlington entered his apartement, together with Lord Windermere and other gents, which forced Lady Windermere to hide herself behind the curtain. However, she left her fan lying on the table, and the men interpreted that she, too, has been corrupted. Here the fan represents her (nearly) infidelity. 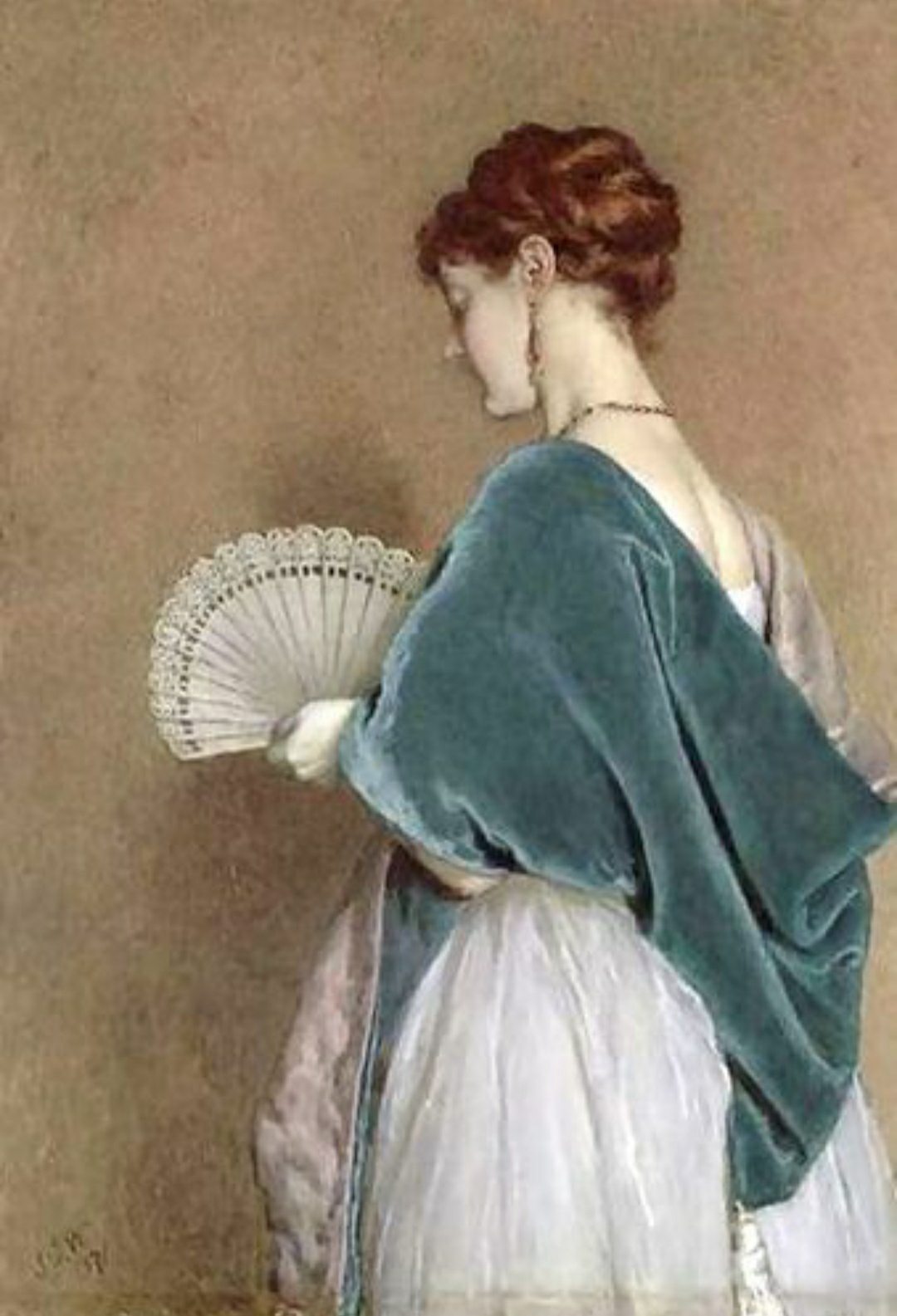 🌸 Mrs. Erlyne was quick to the rescue by claiming that it was she who has absent-mindedly brought Lady Windermere's fan there - putting the blame on herself, and thus sacrificing her own chance of restoration to the society. And finally, here, the fan represents two things.

🌸 First, the injustice that the hypocritical society imposed upon women. And most importantly it symbolizes how thinly the bar between good and bad. This play's complete title is Lady Windermere's Fan: A Play about A Good Woman. The question is, who is the good woman implied on the title? Lady Windermere? But she was on the brink of ruin, had not Mrs. Erlyne been in for the rescue! It's Mrs. Erlyne, then? But she's a self-centered woman, without morality, so to speak. Can one good deed compensate her many bad ones? I think it's just what this play is about, besides a critic against the corrupted society, where infidelity became a fashion; it is that good and bad are never absolute. In a bad environment, there could be one good element - pure and untainted. As it was in a bad person, there might be one kindness in him/her, ready to shine to protect the pyrenees of the good one.

🌸 It's been awhile since my last reading of Wilde's play - An Ideal Husband - if I remember correctly. I've been expecting this one to be as hilarious as either An Ideal Husband or The Importance of Being Earnest, but I was wrong. J is more subdued, full of secrets and mystery, but as poignant as always.