This is the first monthly meme for The Classics Club (yes, we have our own meme, and it only makes classics reading for the next five years becomes more fun!). Actually topic of this month is quite simple, favorite classics, however I find it difficult to pick only ONE favorite. I have a lot of favorites, and have managed to narrow the list to four, but could never decide which one I love the most. So, here are my favorite classics until now… (it could change now and then!)

The Curtain by Agatha Christie 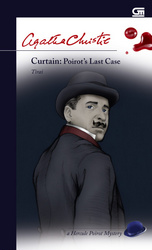 Agatha Christie’s were the first adult novel I read when I was in junior high school. Before that my readings were of Enid Blyton’s or Alfred Hitchcock’s adventure novels. Then someday I found “After The Funeral” in school library, and was suddenly intrigued to read a murder case. That was my first ‘love’ with Agatha Christie. After that, every time my parents took me to bookstore and let me choose one novel to buy, I always picked Agatha Christie’s. Agatha Christie has opened my eyes for the first time that life is not black or white as in children tales, where the good people do good deeds and bad ones do evil things. No, in true life, good ordinary people can commit a murder because of many reasons, not because they were born evil. I love almost all of Hercule Poirot’s series and several other stories with no detective (And Then There Were None), but my most favorite is always The Curtain. I have read The Curtain for several times, and still cried every time at the end. The Curtain is not only our farewell to Poirot, but it made me realize that in life we cannot win every battle, that sometimes the evil must win, and what we can do is only trying to minimize the damage as best as we can. Just as Poirot did.

To Kill A Mockingbird by Harper Lee

To Kill A Mockingbird was among the first classics I have read when I was an adult, and it was one of the reason I am now delving into classics works [and join The Classics Club :) ]. This book is not only entertaining, it’s also touching. I have read To Kill A Mockingbird few times, and would re-read it again for The Classics Club. A book that is entertaining is a good book. A book contains high moral value or deeply touch you is a great book. But a book which can entertain and deeply touch you at the same time is the greatest book! To Kill A Mockingbird is within the last one, which I would recommend to everyone over and over again.

Twenty Years After by Alexandre Dumas 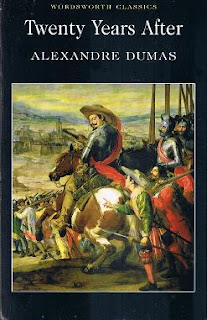 When I was a child (I think my readings at that time was Enid Blyton’s Famous Five or Herge’s Tintin), my dad bought me a big-thick book contained of three stories, Florence Nightingale, The Three Musketeers and another story which I forgot. It was kind of novel with many illustrations, meant for young readers. I was so fond of that book, that I remember read it again and again, particularly The Three Musketeers which I read most often. I was so amazed with the story, to the musketeers’ spirit and friendship (every time they gathered their sword tips and yelled ‘all for one and one for all!’), and to the royal nuances throughout the story (the illustrations helped my imagination a lot). In short, I have fell in love with it right then. And then, around two years ago I re-read The Three Musketeers again (now the complete novel, translated to Bahasa Indonesia). It’s a completely different experience this time, and I found myself fell deeper in love with it. Finally I completed my thirst of Dumas’ Three Musketeers series by reading The Man In The Iron Mask and Twenty Years After. Then I found a new favorite…Twenty Years After! This is the best part of the series, where the four devoted friends had their reunion after twenty years separation. Twenty Years After have more actions than Three Musketeers, and in this part their friendship were hardly tried. I got to know more about each personal character through this novel, and the emotion remains with me long after I finished it. 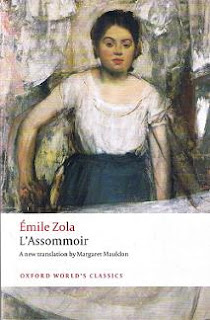 What can I say? After the first Zola’s I’ve read last year (Therese Raquin), I fell in love with his writing. Reading Zola is not at all fun, but his books (I’ve read two so far, and am reading the third) always trouble my soul. So far I liked L’Assommoir better than Therese Raquin, but as I am reading Germinal right now, my favorite could still change :)

That was for books of my favorites, what’s yours?

Posted by Fanda Classiclit at 7:17 AM
Email ThisBlogThis!Share to TwitterShare to FacebookShare to Pinterest
Labels: other blog hop, The Classics Club