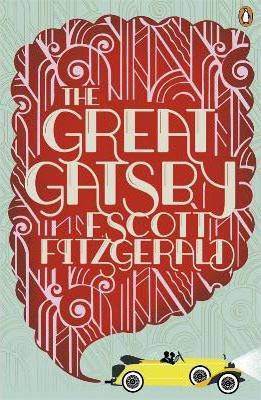 The last few days having been hectic, and I didn’t have time to write about second chapter. So, this time (and maybe until the end of this readalong) I will compile few chapters in one post.

Chapter 2 is all about the green light and ash heaps (the valley of ashes).

Sarah Chuchwell, in Careless People, argued that the green light, toward which Nick has seen Gatsby stretched his hand, was probably inspired by the confusing new traffic signal in New York in 1922. The traffic signal tower that had newly been built on Fifth Avenue used “green” to indicate “stop”, while in any other railroad signals, green always the sign for “go”. This eventually led to many accidents. Fitzgerald could have used this phenomenon to write the famous gesture of Jay Gatsby’s stretching hand towards the green light—it might be that Gatsby misread the green lamp as permission to proceed, when in reality it told him to stop. What do you think?

Fitzgerald’s the valley of ashes might have been inspired by the Corona Dumps, the mountainous mound of fuel ash on a swampland beyond New York City—it was halfway between New York and Great Neck. These dumps, I imagined, created a contrast between the glamour of Manhattan and the grime of ashes, refuses, and even manure. The 1922 was said to be the age of advertising, when billboards could be seen throughout the city. And in the midst of these ashes Fitzgerald has placed the Dr. T.J. Ekcleburg billboard. Until now I have assumed that the giant eyes are the eyes God, but Sarah Churchwell offers other possibility: it could represent the new “god” that the New Yorkers worships: advertisings. It is indeed in accordance with the whole theme of Gatsby: illusion. I don’t know… I still have to think about it.

Chapter 3… finally, we met the enigmatic Gatsby! Nick attends Gatsby’s glamorous party and has been curious about his host. But when finally meeting him, Nick is surprised to learn that Gatsby is not what he expected. From the glamorous party, Nick expected Gatsby to be a “great” man, but in reality he is just someone who wants to look great—“an elegant young rough-neck, a year or two over thirty, whose elaborate formality of speech just missed being absurd”.

The party reflects the heart of the Jazz Age, the Roaring Twenties. After the depressing war, people are restless; they do not know what to do; just want to be amused. Just what Daisy is in chapter one—laying on the sofa with Jordan, and later on when Gatsby visited the Buchanans. But the same restlessness leads to carelessness. Jordan’s reckless driving, for example, and that is the portrait of New Yorkers at that time. Nick himself is restless when moving into Long Island—maybe partly to avoid having to break his engagement?

Chapter two of So We Read On (Corrigan do not follow Gatsby’s structure) is about how New York City has attracted dreamers. It promised success and glamour, something greater and different, but it often ended up bad, and even destroying. There is also a sense of change in the air—cultural change. Immigrants were coming (for Tom: “Civilization’s going to pieces), and Americans does not know how to react or where it would be heading.