Black Count and The Man in the Brown Suit [Mini Reviews] 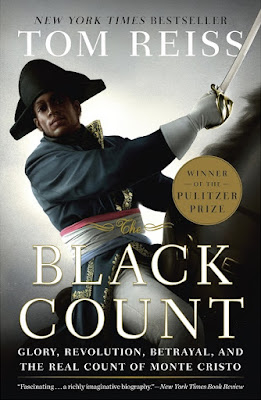 The subtitle of this biography of General Dumas (Alexandre Dumas's father): Glory, Revolution, Betrayal, and the Real Count of Monte Cristo, tells you exactly what this book, written by Tom Reiss, is about.

General Thomas-Alexandre Dumas was a son of a renegade nobleman: Marquis de la Pailletarie and his slave: Marie-Cessete Dumas. He was born in 1762 in French sugar colony: Saint Domingue. Sold by his own father as slave when he was 14 y.o., he was educated as aristocrat after later being bought back by his father.

Alex Dumas was extraordinary because he was the first man of color with highest rank in Europe. His bright career from soldier, officer, to General-in-chief in a short time, along with his heroic bravery actions and his passionate love for his country, should have placed him a special account in French history. Instead, but from this biography, his traces seemed to be vanished from history and memories. Why? Blame it on Napoleon Bonaparte! Don't believe any novel about Napoleon, however sweet he was pictured in it; the real one was ten times more evil and disgusting! I seriously hated him with all my heart throughout this book! Have you read Alexandre Dumas' The Count of Monte Cristo? Of how Edmond Dantes was unjustly imprisoned? It's inspired - not loosely - by the real event where Napoleon set up General Dumas for criticizing his (cruel, racist) policy.

On the whole, it was not an enjoyable read. But if you like French history, this book will interest you. But most of all, this book will be interesting for those who love Alexandre Dumas’ novels, as now we know the origin of those heroic passages in most of his famous novels, especially The Count of Monte Cristo and The Three Musketeers. I loved especially the deep love and admiration Dumas showed to his father in everything he later wrote (diary and novels). I’d feel the same too if I have had a father like the honorable General Dumas!

The Man in the Brown Suit by Agatha Christie 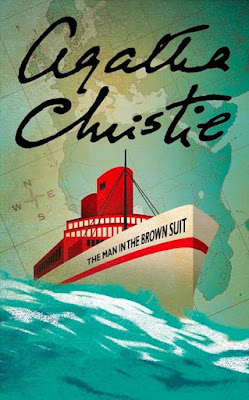 This fourth novel of Agatha Christie introduces us to Colonel Race, though his involvement in the crime is very vague, at one point, I even suspected him as the villain. Instead, this story, again, was dominated by a woman. Anne Beddingfield is a restless young woman longing for adventure, and...bam! An adventure met her on the next corner. She coincidentally witnessed an accident, which turned out to be a murder, and the next instant found a piece of paper a man has unconsciously dropped. Then she entered a house where another murder has been committed, and when casually rummaging inside a closet, coincidentally found a canister of undeveloped film, which, of course, turned out to be another clue.

There are too many coincidences in this story to my taste, it often felt "staged". I could not relate with Anne, the amateur detective, and certainly was not impressed by her "romance with a mysterious guy on a deserted island". It was really the most un-Christie-ish I've read so far. Perhaps it's because at that stage, Christie was still searching for the best style she wanted to adopt for her future books.

The most positive from this one is the hilarious Sir Eustace Peddler, from whose witty and sarcastic diary accounts, along with Anne's account, we were told of this story.

It's clearly not my favorite, perhaps my least favorite of Christie's four early novels.