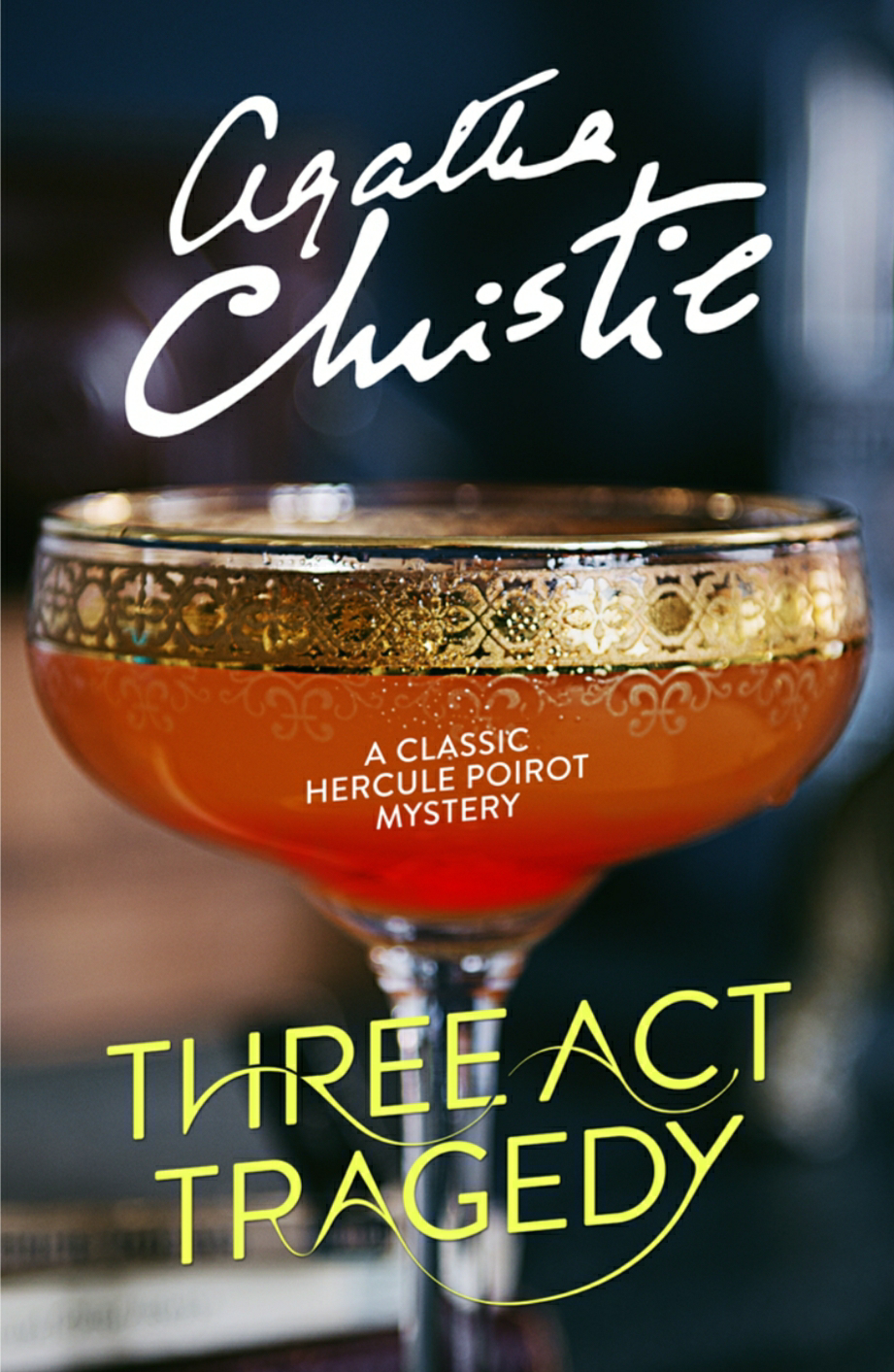 Three Act Tragedy aka Murder in Three Acts is one of the collaborations of Hercule Poirot and Mr. Sathertwaite. The latter first appeared in The Mysterious Mr. Quinn, a very interesting mystery short stories collection from Christie. This time, however, Poirot acts only as a counselor, although he did attended Sir Charles Cartwright's dinner party, where Mr. Babbington, an old reverend, died suddenly after sipping his cocktail. There's no poison found in his glass, so most of the guests thought he died a natural death.

Sir Charles Cartwright is a middle aged well known actor who is infatuated with a twenty year old Hermione "Egg" Lyton Gore, who also attended the dinner party. Besides her, there are eleven other guests, including Poirot, Mr. Satterthwaite (a socialite and observant of human psychology), Oliver Manders (a young man who's in love with "Egg" Lyton Gore), and an old friend of Sir Charles: Doctor Bartholomew Strange (a neurologist). Not long after the dinner party, Doctor Strange held another party with similar guests. This time the host himself died on nicotine poisoning after drinking a glass of port wine.

Doctor Strange's enigmatic butler is missing the day after police investigation, and this made him the main suspect. However, Sir Charles, Mr. Sattherthwaite, and Egg feel that there must be a connection between the poisoning of Babbington and Doctor Strange. They run a joint investigation, but incapable of revealing anything, they seek Poirot's councel.

On the same day Dr. Strange died, he received a patient at his sanatorium called Mrs. De Rushbridger. She sent a telegram to Poirot, mentioning that she knew something about Dr. Strange's death, but when Poirot and Mr. Sathertwaite arrived, the woman has also died from poisoning.

This is not one of my favorites, and, to be honest, I've guessed the murderer from very early chapters. It has a rather poor plot, and the story is easily forgotten. It is also one of the titles which give you some hints about the 'whodunit'. If you have read a lot of Christie's, you'd notice that this one has a slight similarity with The Murder of Roger Ackroyd and Peril at End House. On the whole, it doesn't have the usual charm you'd find in Poirot's or Christie's.