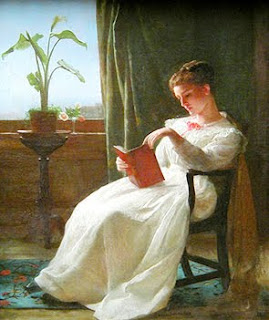 Nick is the narrator of The Great Gatsby; he came from a conservative family in the West. His father has planted high morality and honour in him since he was very young, which Nick keeps dearly in his heart when he’s grown up. After the war, Nick leads to the East, studying at Yale, and gets a good carrier in bond in New York. But not after his summer in West Egg, that he seems to realize that his real talent might be in writing.

Nick is fascinated with Jay Gatsby, an enigmatic, wealthy young man who lives in a luxury mansion next door. It might be that Nick has been adoring Gatsby from the first moment he saw him, and his judgment towards Gatsby is more or less affected by the charisma Gatsby possesses; despite of the ‘reserving judgments’ quality Nick always admits proudly to hold.

I imagine Nick to be an innocent man who has been molded by his family to almost become a puritan. But his adventure in the East has given much more than his father ever taught him, I think. Nick came to West Egg with a concept of high morality (he even dreams of uniformity of human morale). Nonetheless, Nick is quickly fascinated by the wild parties held by Gatsby. Little by little he gets used to this new life style; he often has a relationship with Jordan Baker, one of the Buchanans’ friends. When Tom Buchanan takes him to see his mistress, Nick doesn’t seem to be able to refuse, and he’s kind of dragged by this new fascination; although he still feels uneasy with this vulgar affair (he feels that the Dr. T.J. Eckleburg billboard is following him with its gaze when he passes it in Tom’s car).

The longer he spends time with his new friends, his feeling is mingled between disgusting and fascinated. He helps Gatsby to arrange a meeting with Daisy (Tom’s wife), which means he is part of the cheating. However he begins to feel disgusted by Tom’s rough and brutal manner. Everything becomes clear for him after Myrtle’s accident takes place. Only then that Nick can finally make his fair judgment of them all. He can see now how the ‘Eastern’ (Tom, Daisy, Jordan) are lack of conscience, selfish and arrogant; and how Gatsby stood upon them all by his latest action towards the accident.

I’m glad that Nick breaks up with Jordan at last, for although she might not be as severe as Tom and Daisy, she is too indifferent to scold her friends’ actions, and just stays at their house that night after the accident, which means she more or less approves them.

The talks about whether Nick is a gay or bisexual is I think have been exaggerated. I don’t see anything wrong with him, and I think he builds a healthy relationship with Jordan, he’s attracted to her as a woman. The incident in McKee’s bedroom (which some indicate it a sign of Nick being gay) is nothing but a portrait of how Nick has been doubly dizzy by alcohol and the brutality he has just witnessed. It was when Nick is vaguely remembers the whole things, but McKee’s portfolio of the chaos has reminded him again.

Posted by Fanda Classiclit at 7:00 AM
Email ThisBlogThis!Share to TwitterShare to FacebookShare to Pinterest
Labels: blog hop, The Great Gatsby