Tom Tulliver in The Mill on The Floss: Character Thursday (62)

Tom is the older boy of the Tullivers, not good as a student, but grows up as a determined young man to accomplish family’s wish. When he was only a teenager, the Tulliver had a crisis that forced young Tom to leave school and his youthful to bear huge responsibility. Tom has a sister Maggie who loves him very much; and I’ve been thinking whether Tom ever truly loved his sister.

When they were children, Tom bought Maggie a fish-line from his saving; he said he had quarreled with his friends because he wanted to save money to buy the lines (for him and Maggie). At first I thought, it’s so sweet of Tom to do that for his little sister; I found it sweet for a boy to love playing with his little sister, instead of ignoring and teasing her with other boys (like boys used to do to their little sisters). But then, when Maggie made mistakes (and it’s a huge one in Tom’s eyes), he scolded Maggie and refused to play with her. So, I was thinking, does Tom purely love Maggie? Or does he love to play with Maggie? Love her presence?

Later on Tom always forgives Maggie and get on well with her again. And Maggie does a lot of mistakes indeed, that I can’t really blame Tom for getting annoyed at his sister. When they were grown up, Tom gets angry with Maggie when she disobeys family’s restrictive orders and acts on her own; he wants his sister to be respected by others. So I think, Tom really loves Maggie with his own way, which is a rather selfish and authoritative love, but it’s love all the same. 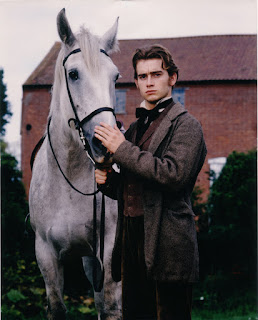 Tom gets so rigid and stubborn when he’s grown up; he only focuses in the business and ignores his conscience to be more humane. I think it’s because Tom must bear a burden before he’s prepared for it. And as the only man in the family other than the invalid father, Tom had been brought up with a passive obeisance to his father, so Tom—with his limited talent and imagination—must bear a huge responsibility to fulfill his father’s wish, although he doesn’t think it right. Because of that, he also set up a high expectation for his sister; he expected Maggie to sacrifice her dreams just like he had done it, because all he did is also for her own good. There’s selfishness there, but again, Tom was brought up by unfriendly circumstances and society.

I don’t think I’d be able to hate him, I just pity on him. I’m proud that at least he had succeeded to pay the family’s debt and brought back their honour. Now I’m wondering what Tom would be if his life is convenient, would he be better than he was, after all?

Posted by Fanda Classiclit at 7:00 AM
Email ThisBlogThis!Share to TwitterShare to FacebookShare to Pinterest
Labels: blog hop, The Mill on The Floss