Scene on Three (4): More from War and Peace

Apparently, War and Peace still doesn’t stop to amaze me till now. It seems that every passage and every dialog is more important and more intense than the others. Prince Andrew is my most favorite character. His insight and his dialog (especially with Pierre) are always valuable. It seems that through Andrew, Tolstoy communicates his own thoughts of war, as well as of life.

This passage is taken from the night before one of the most important battles against French. Pierre was conversing with Andrew, and he asked his friend’s opinion on the tomorrow’s battle under the new appointed commander-in-chief. After having listening to another general about strategy, plans and positioning, Pierre was surprised to hear Andrew’s answer: 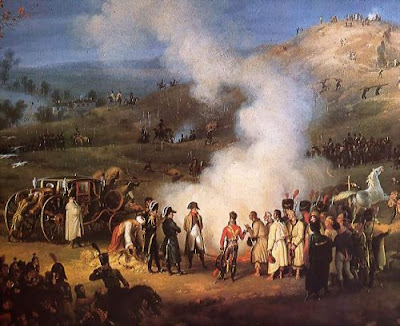 “Success never depends, and never will depend, on position, or equipment, or even on numbers, and least of all on position. (It’s) On the feeling that is in me and in him, and in each soldier. (…) A battle is won by those who firmly resolve to win it! Why did we lose the battle at Austerlitz? The French losses were almost equal to ours, but very early we said to ourselves that we were losing the battle, and we did lose it. And we said so because we had nothing to fight for there, we wanted to get away from the battlefield as soon as we could. 'We've lost, so let us run,' and we ran. If we had not said that till the evening, heaven knows what might not have happened. But tomorrow we shan't say it! You talk about our position, the left flank weak and the right flank too extended. That's all nonsense, there's nothing of the kind.

But what awaits us tomorrow? A hundred million most diverse chances which will be decided on the instant by the fact that our men or theirs run or do not run, and that this man or that man is killed, but all that is being done at present is only play. The fact is that those men with whom you have ridden round the position not only do not help matters, but hinder. They are only concerned with their own petty interests. To them it is only a moment affording opportunities to undermine a rival and obtain an extra cross or ribbon. For me tomorrow means this: a Russian army of a hundred thousand and a French army of a hundred thousand have met to fight, and the thing is that these two hundred thousand men will fight and the side that fights more fiercely and spares itself least will win. And if you like I will tell you that whatever happens and whatever muddles those at the top may make, we shall win tomorrow's battle. Tomorrow, happen what may, we shall win!”

And this is what Tolstoy believed too, and I feel that one of his reasons to write War and Piece was to tell us what historians failed to do: to reveal what really defined the course of a battle; it’s not the chief’s orders or plans, but the spirit of the whole army. War might be inflicted by one or more ambitious King(s), but in the end it is a movement of humanity. 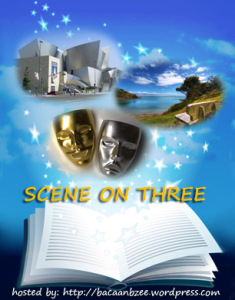 Email ThisBlogThis!Share to TwitterShare to FacebookShare to Pinterest
Labels: other blog hop, War and Peace