Bois de Boulogne in The Kill

This second novel of Zola’s Rougon-Macquart series turns out to be very picturesque; as if Zola wants to explore his painter-side by describing in micro-details almost every landscape and building interior. As Bois de Boulogne becomes one important aspect of the story—and he ‘paints’ them a lot—I dedicated this post to stretch my imagination about Bois de Boulogne, especially in 19th century. Of course, most of them might not express the exact details from the book, but at least they help our imagination.

After comparing the pictures and the passages, you might agree with me, that Zola’s description is much more beautiful than the pictures. He might not be a successful painter, but Zola is one of the greatest novelists who could ‘paint’ such beautiful, powerful, and touching prose.

“The sun was setting in a grey October sky, streaked on the horizon with thin clouds.”
[p.1]

“On the right, copses and low-cut trees with russet leaves and slender branches passed slowly by; at intervals, on the track reserved for riders, slim-waisted gentlemen galloped past, their steeds raising little clouds of fine dust behind them.”
[p.7]

“…in the avenue leading to the lake, the roads had been watered, the carriages rolled over the brown surface as over a carpet, amid a freshness, a rising fragrance of moist earth.”
[p. 257] 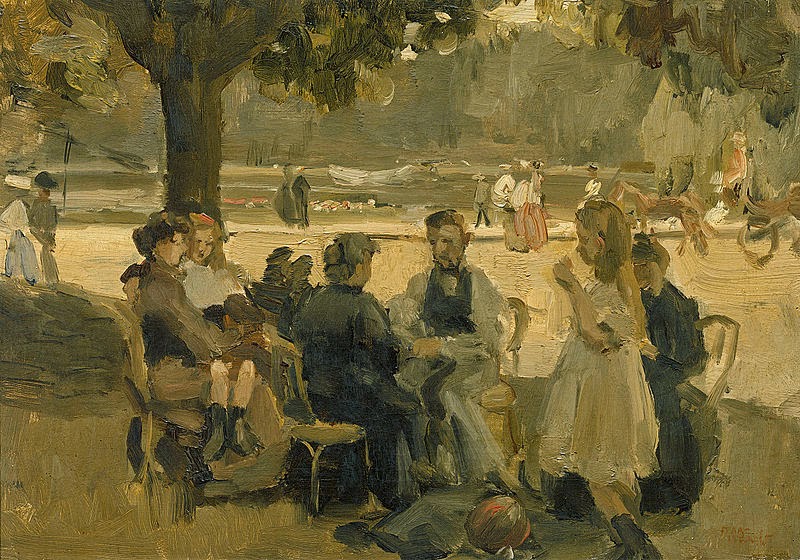 “And as the lake came closer, the chairs on the side paths became more numerous, families sat with quiet, silent faces, watching the endless procession of wheels.”

“Then, on reaching the open space in front of the lake, there was an effulgence; the slanting sun transformed the round sheet of water into a great mirror of polished silver.”

“On approaching the waterfall, while the dimness of the copses was renewed on one side, the islands of the far end of the lake rose up against the blue sky, with their sunlit banks, the bold shadows of their pine trees, and the Chalêt at their feet, which looked like a child’s toy lost in a virgin forest. The whole park laughed and quivered in the sun.”
[p.258]

“…in the presence of this broad daylight, of these sheets of sunshine, she thought of a fine dust of twilight she had seen falling one evening upon the yellow leaves.”
[p.258]

“She remained frozen when she evoked the image of that winter landscape, that congealed and dimmed lake on which they had skated; the sky was the colour of soot, and the snow had stitched white bands of lace on the trees, the wind blew fine sands into their faces.”
[p.259] 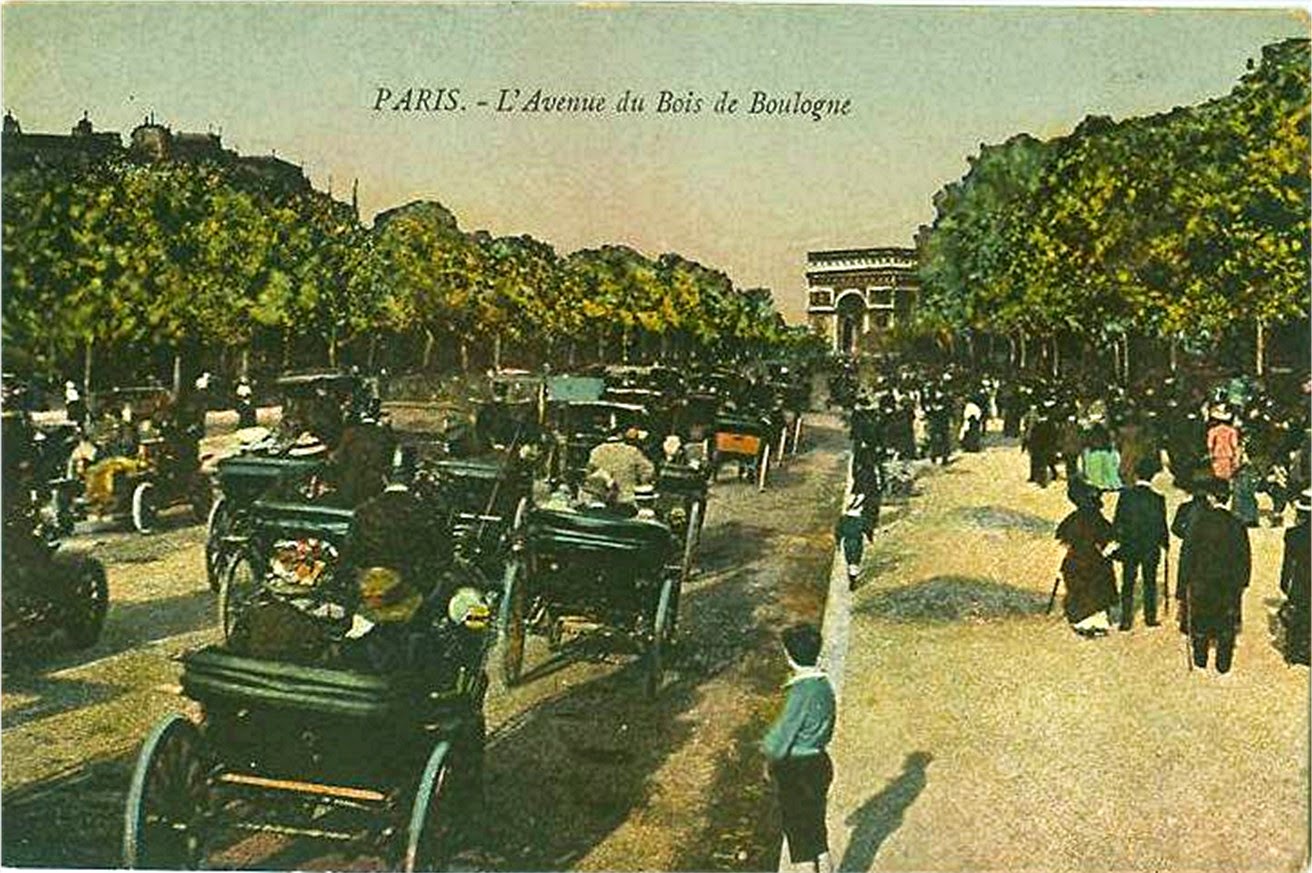 “She saw again the lawns soaked by the evening air, the darkened copses, the deserted pathways. The line of carriages drove then with a mournful sound past the empty chairs, while today the rumble of the wheels, the trot of the horses, sounded with the joyousness of a fanfare of trumpets.”
[p.258]

“It was almost night; twilight was spreading slowly like fine ash. The lake, seen from the front, in the pale light that still hovered over the water, became rounder, like a huge tin fish; on either sides, the plantations of evergreens, whose slim, straight stems seemed to rise up from its still surface, looked at this hour like purple colonnades, delineating with their even shapes the studied curves of the shore; and shrubs rose in the background, confused masses of foliage forming large black patches that closed off the horizon.”
[p.11]

“Behind these patches was the glow of the dying sunset, which set fire to only a small portion of the grey immensity. Above the still lake, the low copses, the strangely flat perspective, stretched the vast sky, infinite, deepened and widened. The great slice of sky hanging over this small piece of nature caused a thrill, an indefinable sadness...”


“…And from these palling heights fell so deep an autumnal melancholy, so sweet and heart-breaking a darkness, that the Bois, wound little by little in a shadowy shroud, lost its worldly graces, and widened out, full of the powerful charm that forests have. The wheels of the carriages, whose bright colours were fading in the twilight, sounded like the distant voices of leaves and running water. Everything was slowly dying away.”

Posted by Fanda Classiclit at 1:24 PM
Email ThisBlogThis!Share to TwitterShare to FacebookShare to Pinterest
Labels: The Kill