The Paradou in The Sin of Abbé Mouret | #ZolaStyle


The Paradou is the replica of Adam and Eve's Paradise. It is an abandoned huge garden with various species of plants. As Zola is a great artist in vividly portraying natural landscape into his prose, one cannot resist becoming a little artsy...

As Zola is an active supporter of Impressionist artists at his time, I pick paintings from this era too, mostly from Claude Monet, one of Zola's best friends. Monet owned a beautiful garden at his house in Giverny, and has produced quite many flower and garden paintings. The Sin of Abbé Mouret has also inspired two paintings by Joseph Edouard Dantan and John Collier.

Albine guided Serge to the right, into a field which seemed a sort of cemetery for the flower garden. Scabious were in mourning here. Funeral processions of poppies went along in line, stinking of death, and displaying their heavy flowers with their feverish brilliance.

All around them the rose trees bloomed. It was a wild and loving flowering, full of laughter--laughter red, rosy, and white. 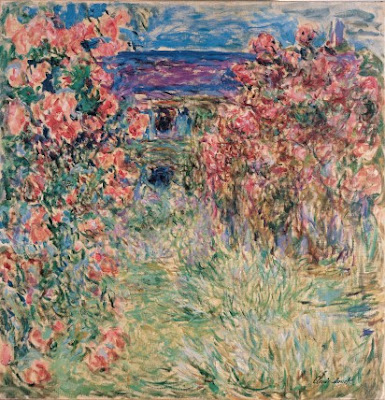 Then they went slowly on into the arbour of roses. It was indeed a wood, with a veritable forest of tall standard roses, spreading out leafy canopies as large as trees, and huge rose bushes, like impenetrable thickets of young oaks.

New natural paths had formed in the midst of the woods, narrow alleys, and wide avenues, delightful covered passages where one could walk in the shade and the fragrance. These paths led to crossroads and clearings, went under arches of little red roses, and between walls covered with little yellow roses. Some sunny patches gleamed like swathes of green silk, patterned with bold splashes of colour; some shady parts had the seclusion of alcoves, the scents of love, and the warmth of a bouquet wilting on a woman's breast. 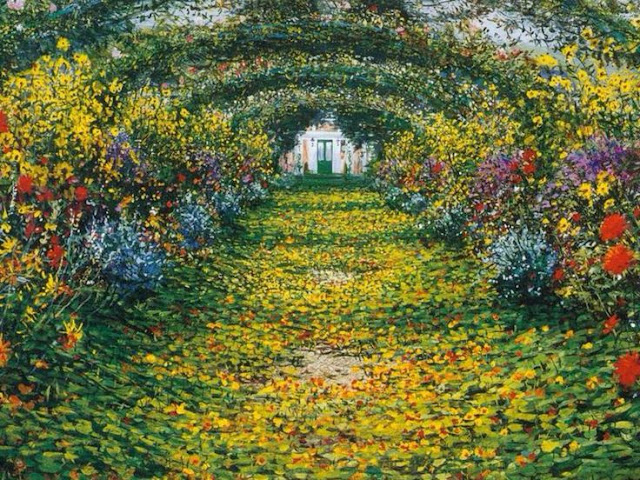 The flower garden, carefully tended for a master with a passion for flowers, had once displayed a wonderful selection of plants in flower beds neatly trimmed borders. Now one could see the same plants, but perpetuated and enlarged into such innumerable families, all gallivanting to the four corners of the garden, that the whole garden was now just a riot, an unruly shrubbery-school, beating against the walls, a suspect area in which drunken nature hiccupped verbena and carnations. 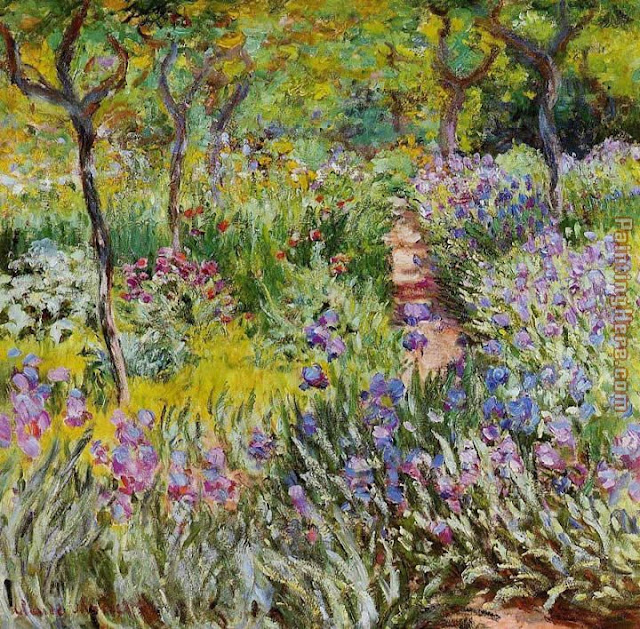 Posted by Fanda Classiclit at 8:09 AM

Email ThisBlogThis!Share to TwitterShare to FacebookShare to Pinterest
Labels: #ZolaStyle, The Sin of Abbe Mouret, Zoladdiction