I am reading A Love Story for #Zoladdiction2018, and loved this scene which I found very picturesque and full of life burst, as you would always find in Zola’s novels. 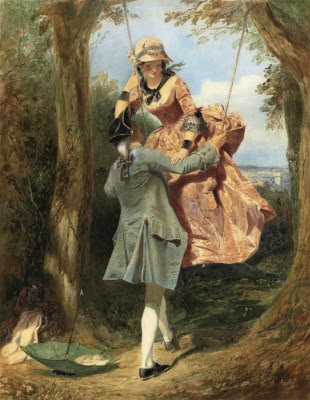 …Then standing on the swing, her arms spread wide and hanging on to the ropes, she shouted gaily: “Come on then, Monsieur Rambaud… Gently at first!”


Monsieur Rambaud hung his hat on a branch. His wide, pleasant face lit up with a fatherly smile. He made certain the ropes were strong, looked at the trees, and decided to give her a light push. Hélène had just cast off her widow’s weeds for the first time. She wore a grey dress, decorated with mauve bows. 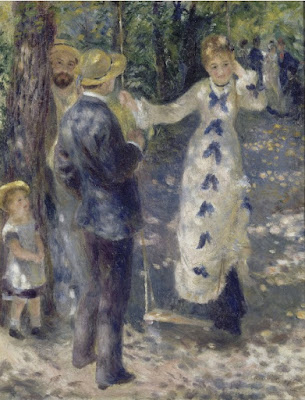 The dress described in this particular passage turns out to be inspired by Renoir's painting The Swing (1876) which was shown in the Impressionist exhibition of 1877, while Zola was writting this book.

And sitting straight, she started off slowly, skimming the ground, as though rocked in a cradle. “Faster!” she said. Then, his arms at full length, Monsieur Rambaud seized the swing as it came back, pushed on it harder. Hélène rose into the air, each time increasing her height. But she still retained her steady rhythm. She looked correct still, rather serious, eyes shining bright in her fine, quiet face, her nostrils alone distended, as if to drink in the wind…. 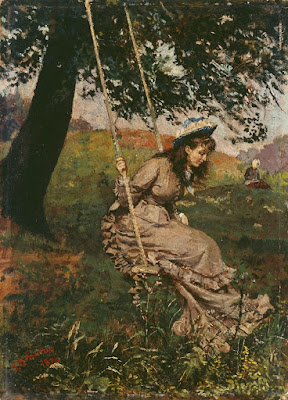 “Faster, faster!” A sudden push carried her up. She rose up to the sun, higher and higher. The displaced air blew over the garden; and she was moving at such a speed you could no longer see her very clearly. …. But Hélène was right up in the sky. The trees were bending and cracking as though beneath gusts of wind. All you could see were her skirts whirling round, making a noise as though in a storm. When she came down, her arms spread out, breasts thrust forward, she lowered her head a little, paused for a second; then she was sent aloft and came down again, head thrown back, fleeing and swooning, her eyelids closed. 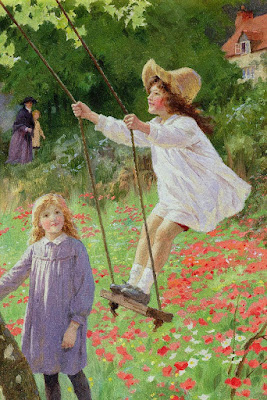 Don’t you suddenly want to swing as well, reading this scene?

Posted by Fanda Classiclit at 2:07 PM