Mr. Dickens and His Carol: A Fictional Story on the Making of A Christmas Carol 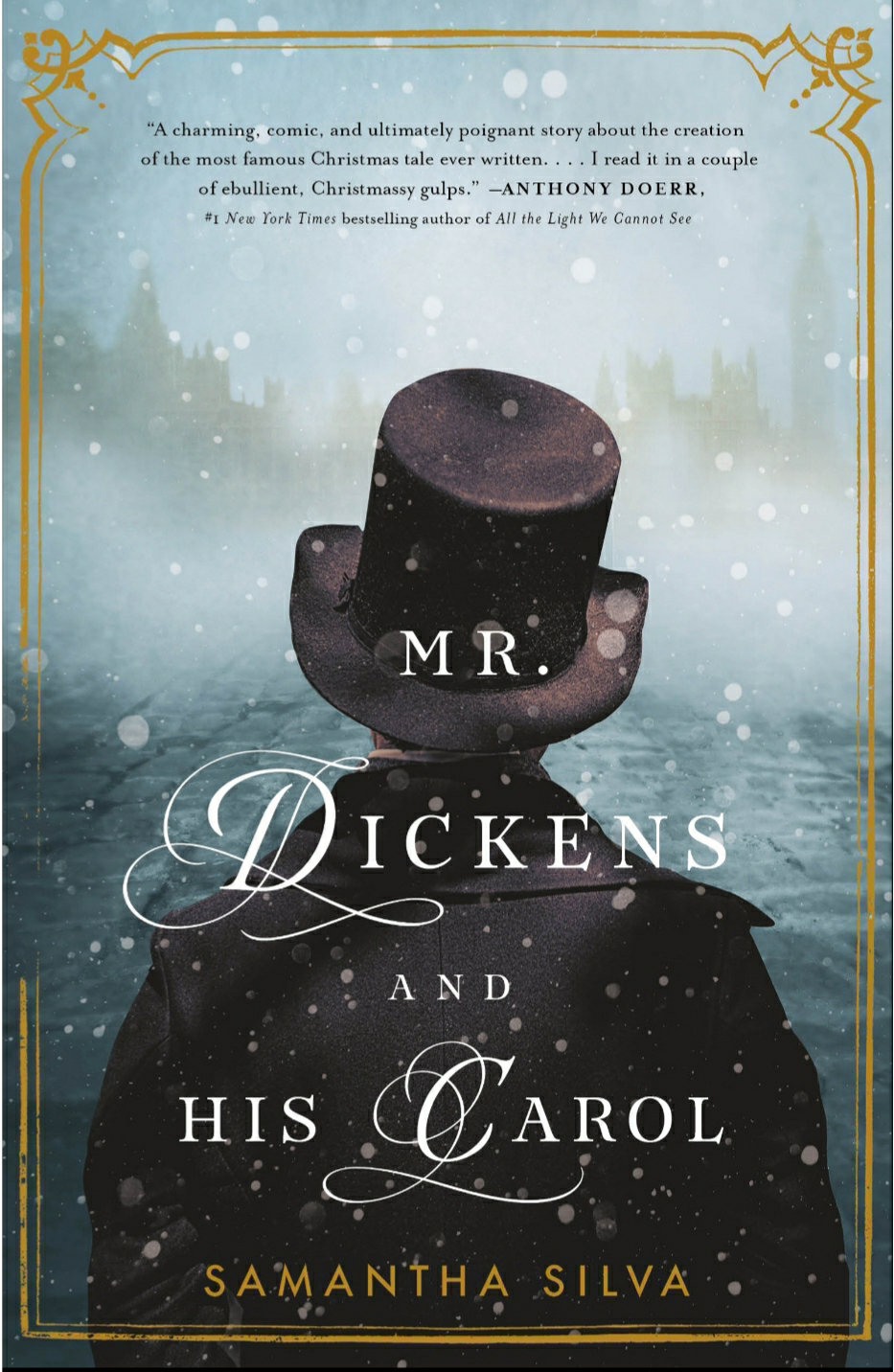 In 1843 Charles Dickens has been a household name in England (and some parts of the world). He was on top if his career, rich, and successful, led a huge but happy family. However, his sixth novel, Martin Chuzzlewit, was a flop, while still in installments. Public mocked him, sales was decreasing. While he and Catherine was expecting their sixth child, his household debts were mounting, while friends and relatives kept expecting and squeezing him for charity and help. On top of everything, he was experiencing a writing block! The only thing he could do to avoid debtor prison is writing a fabulous Christmas book, and to do it fast. No pressure, indeed!

In the desperate moment, Dickens took a stroll at midnight, and met a theater woman in purple cloak: Eleanor. She was kind, gentle, and understanding, and her charm inspired Dickens to write. His best friend, John Forster, however, suspected Eleanor to be a book thief. So, it's either huge success or painful failure to Dickens, and he must choose to follow his mind or heart.

This book captured one of the most crucial points in Dickens' life, out of which, we know that he would write one of the most influential books ever written; book that will change how we celebrate Christmas: A Christmas Carol. Modern writers have tried to imagine what has inspired Dickens, and Samantha made Dickens' personal conflict to be the center of it. His bitter childhood made Dickens longed for affection and acceptance, while his family seemed to just use his influence and money for their own good.

"It was peculiar what she understood, with keen precision, without knowing him at all. That he wanted to be seen, cherished, and cared for, without demands, without the necessity of fixing everything—understood for who he was when he meant well and did what he could."

"But he knew, too, for the first time, what had always been true—that he wanted them to love him. In some shadow-corner of his being, he was the eleven-year-old at Warren’s Blacking even now, a boy all alone in the world, who wanted only to be seen and cared for. If they might only treasure the part of him that Eleanor had reawakened."

In short, he felt he was unfairly used by the world. And that has turned him to... Scrooge! It's Eleanor's and her son Timothy's trust that eventually warmed his heart and enouraged him to make peace with the past. But what about the ghosts? Well, Samantha keeps a little twist near the ending, just to make this book to have a little Victorian and a lot of Christmas feelings.

If you loved Dickens or A Christmas Carol, or at least, if you love Christmas reading, this book is just for you. It's fast paced and entertaining.

"Christmas begins in the heart after all."

Posted by Fanda Classiclit at 1:11 PM

Email ThisBlogThis!Share to TwitterShare to FacebookShare to Pinterest
Labels: A Literary Christmas