Whose Body? by Dorothy L. Slayer 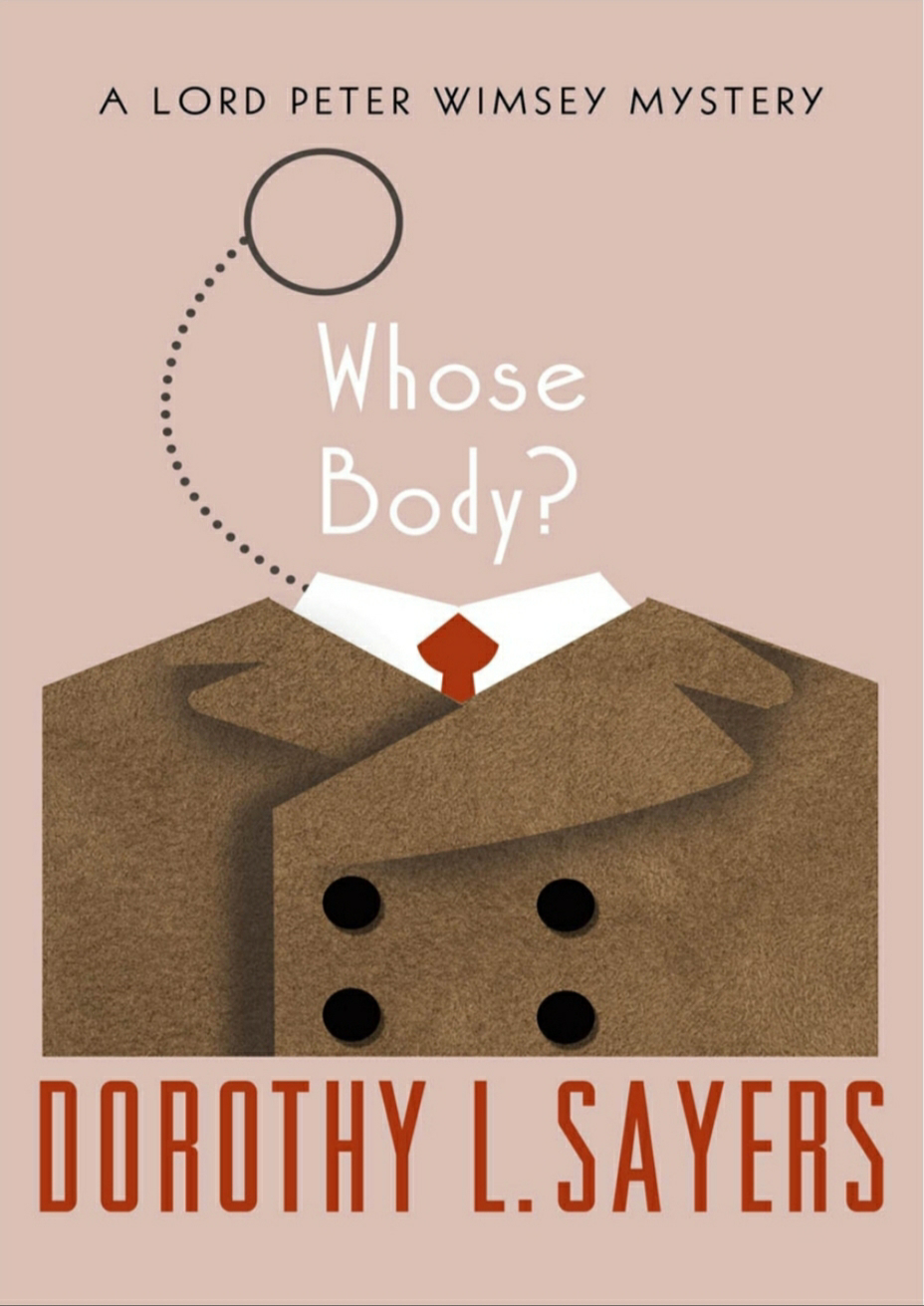 Dorothy L. Sayers was one member of the Detection Club - an elite group of crime writers in the 20th century - alongside Agatha Christie and several other prominent writers: G.K. Chesterton, Ngaio Marsh, P.D. James, as well as Baroness Orczy. Published in 1923, Whose Body? is where Sayers first introduced Lord Peter Wimsey - an aristocrat who embraces criminal investigations as his passionate hobby.

The body in question belongs to a stranger - possibly comes from working class - who was found mysteriously in the bathtub of a bachelor architect who lives with his mother in a flat. Nobody knows whose body it is, as no identification can be found on the body, except for a golden pince nez, which clearly does not belong to the deceased.

So, whose body is it? The local investigator suspects that it belongs to a gentleman who has disappeared from his house the night before: Sir Reuben Levy. Peter Whimsey, on the other hand thinks that the fact that the architect's flat is located near a teaching hospital, might contribute to the case. Disliking the local Inspector Sugg, Whimsey chooses to work alongside his friend, Inspector Parker, who is investigating Sir Reuben Levy's disappearance.

Actually, I've had high expectations on Sayers, and had planned to read more of her if this book satisfy me. Knowing that she was Christie's fellow Detection Club member, and came from the same era, I expected she'd be quite as good as Christie. But I guess, I'm disappointed. Not that her writing is bad, but... let's say... less interesting than Christie's.

In the first place, Lord Peter Wimsey doesn't impress me much. He's a typical careless, laid back rich gentleman who gets bored, but with plenty of time and energy (and money and connection!) He performs his investigations just out of amusement. To him, crime is just another challenge or game.

As he's also terribly clever and funny, Whose Body? is full of dark humor and technical descriptions on detective jobs. I was soon bored with fingerprints, footprints, and evidences. Moreover, we get to know the murderer much too soon - where are the red herrings and suspenseful plot twists? - the last chapter is dedicated only to explain how the murderer perform the tricks, and the actual motive. But the suspense is over, I've even suspected the murderer before Wimsey proved his theory!

But the biggest point missing, is the deep understanding of human psychology. I felt that Whose Body? is merely about crimes, while Agatha Christie's are more about the complexity of human beings; morality, family, love, good and evil sides of men. So, Christie's are classics for me, while Sayers' (from this one novel I've read, at least) are crime novels. I should probably read more from Sayers to do her justice, but I decided not to waste my time.

Posted by Fanda Classiclit at 6:38 AM