[Mini Reviews] Big 4, Blue Train, 7 Dials, and The Murder at the Vicarage

It is one long sentence for a title, and this post is indeed consisting of (very) late reviews of four Agatha Christie's I've read last years (about 6-7 months ago). All of the four were not my favorites (maybe THAT's why I kept putting off writing the reviews). Well, let's have it done in this one post! 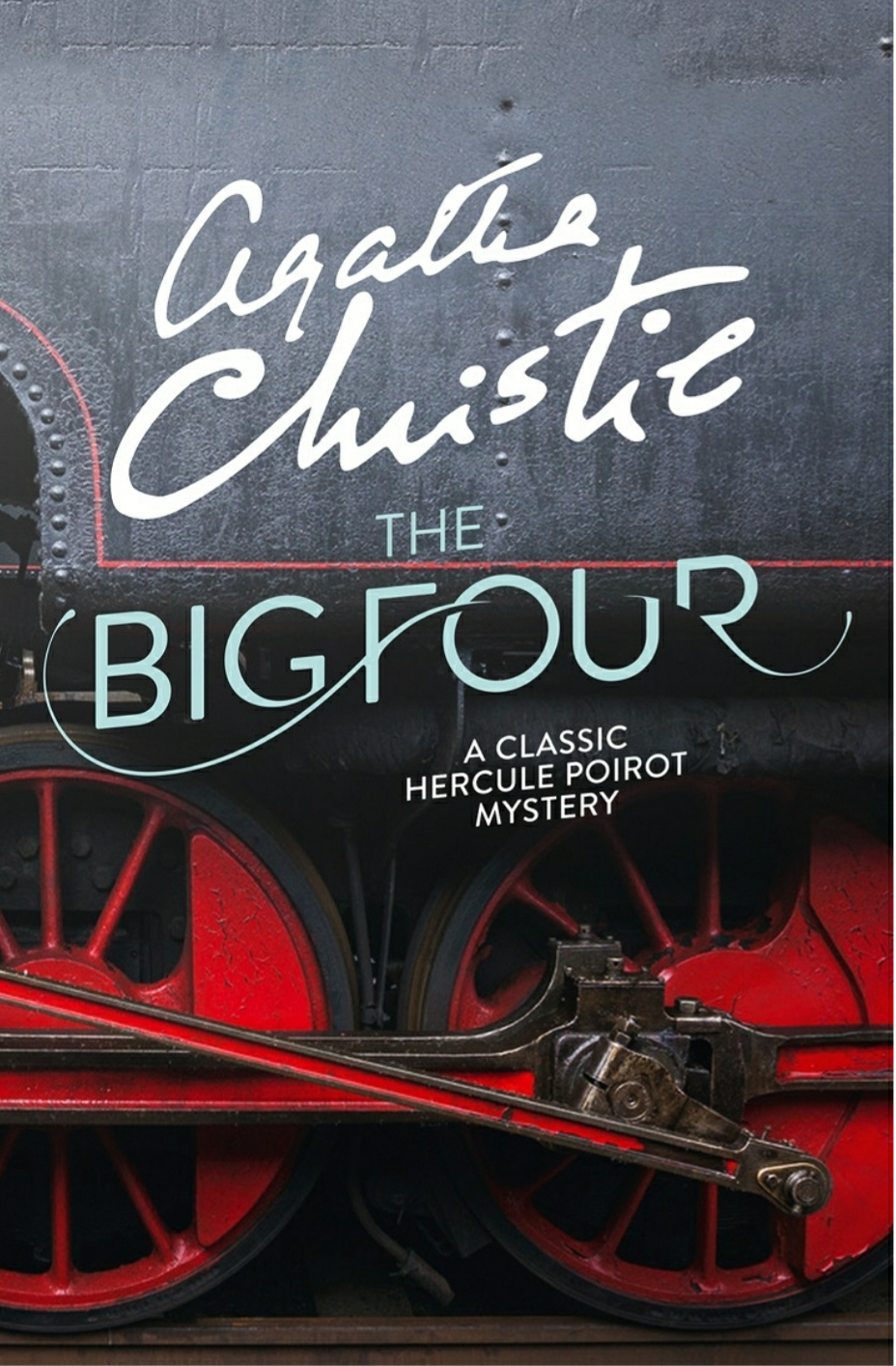 This one is perhaps my least favorite from Poirot-Hastings stories. It's also one of my least favorite theme of Christie's: the secret-society-wants-to-dominate-the-world. Shortly, it's about an international crime cartel of four prominent people in the world: The Big Four.
1. Li Chang Yen - Chinese political mastermind (the brain)
2. Abe Ryland - American wealthiest man (the money)
3. Madame Olivier - French genius scientist (the technology)
4. An elusive man who did all the dirty jobs called The Destroyer.

Hastings arrived in England from Argentine (following his marriage) to visit his dear friend, Hercule Poirot. An injured Sectet Service man forced his entrance to Poirot's flat, and told them the most fantastic story about a mysterious but dangerous society of Big Four. Poirot and Hastings then travelled across continents, picking warm bodies of No. 4's victims each time, and even eluded some deadly danger themselves, to unfold little by little the mysterious cartel, and finally destroyed it. As usual, the story is full of (too many) actions, red herrings, disguises, that if you don't read this book in one sitting, or at least in one or two days, you'd get lost of what's going on. I've even lost count of how many murders there are. And there is no mystery, because you know from the beginning that it has got to do the the Big Four.

Nevertheless, it's not all bad. I remembered at least two interesting things in this book.
First, the first appearance of Countess Vera Rossakoff, who *cough*... will have not a small influence over Poirot further on next stories.

Second, the sweet affectionate friendship between Hastings and Poirot. It is when one is on deadly peril, that one can judge who's one's true and loyal friend. Hastings is never brilliant, but he is a loyal friend.


The Mystery of the Blue Train 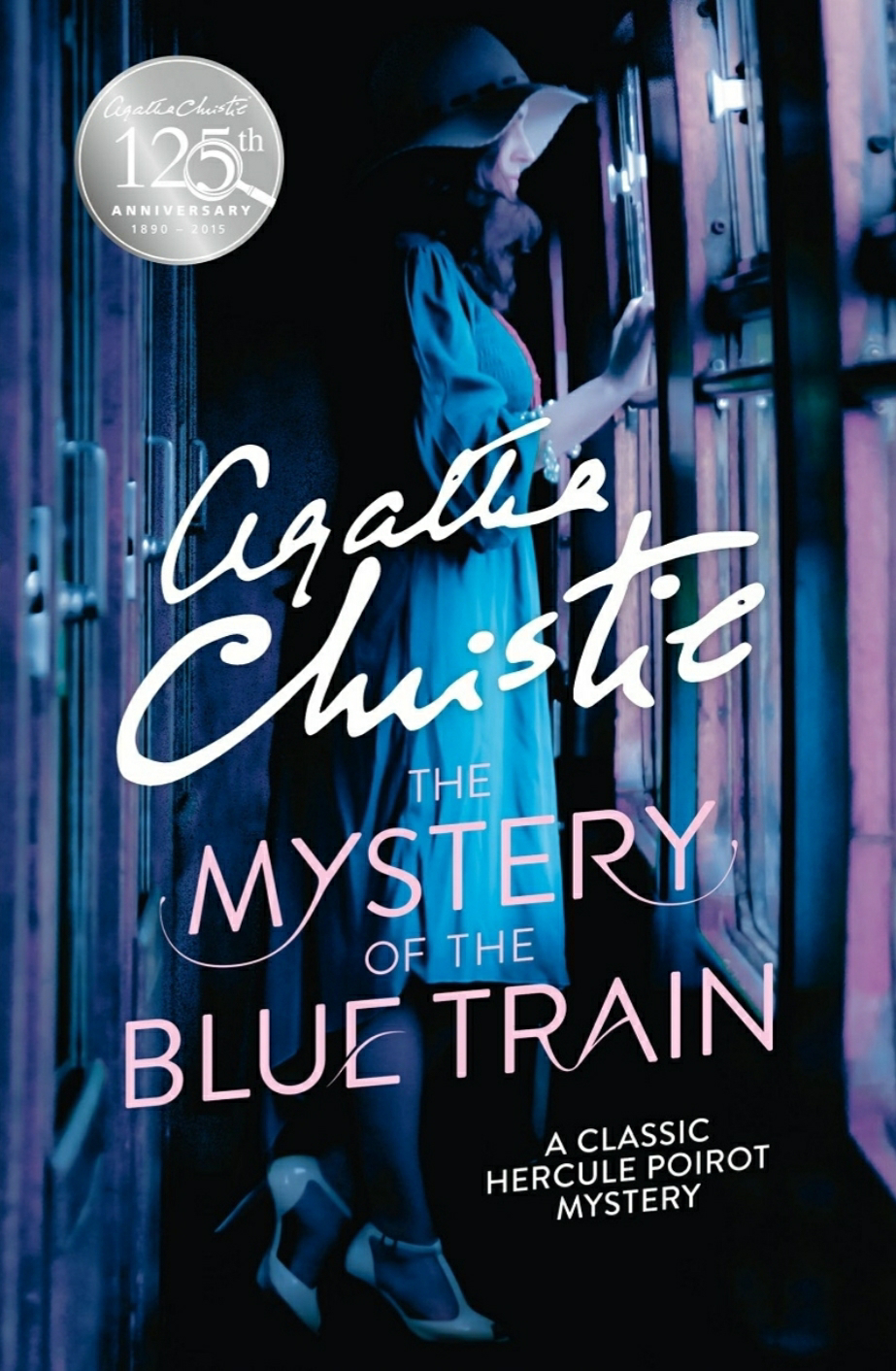 The first of many novels with train setting from Dame Agatha Christie. Hercule Poirot presided again as the detective, as he was traveling by the Blue Train, where Ruth Kettering, the daughter of the richest man in America, was killed. She was bringing with her a famous ruby called "Heart of Fire", which her daddy has purchased in a shady deal, to give her as gift.

Of course the diamond was missing, and you could not but suspect that the diamond has to be the main motive. But of whom? This is where Christie geniusly weaved a second complication: Ruth's unhappy marriage with a scoundrel Derek Kettering, and her love affair with Comte de la Roche. And guess what: both men are broke! So, it's between pure jewel robbery or love triangle murder.

While Hastings are away in Argentine, having a reunion with his lovely wife after his dangerous adventure in The Big Four, Poirot found an accomplice in Katherine Grey, an ex-companion of a wealthy widow, who inherited money, and travelled on the same Blue Train, having been (supposedly) the last person who talked to Ruth before she was strangled. She is an intelligent, reserved, independent girl; and it was sweet of Christie in giving her a slight love story - no doubt to add more spice and complication too!

Not a very remarkable story, one that you might easily forget after a while, but, still, as with most of Christie's, it's quite engaging and entertaining. 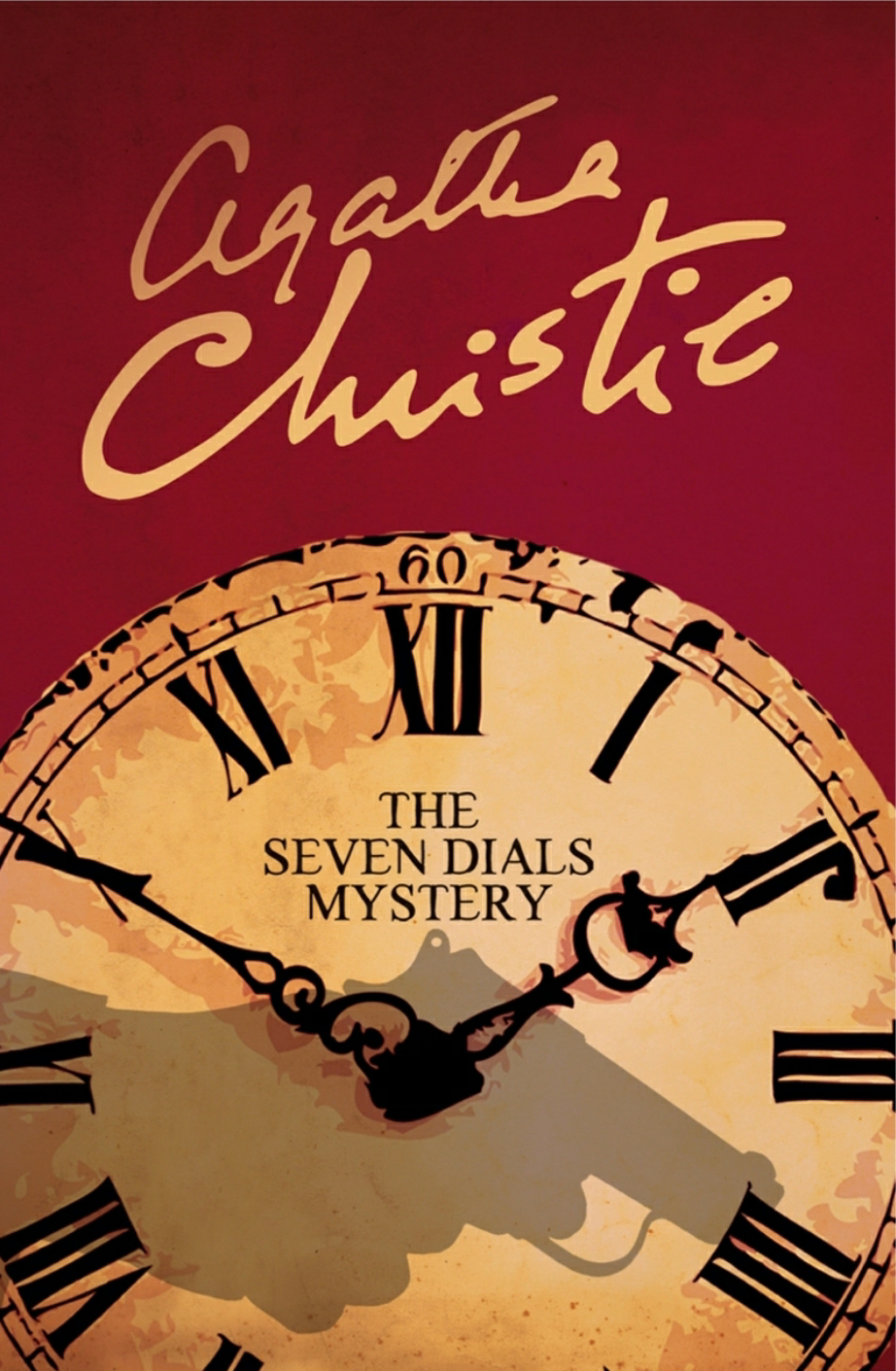 When Superintendent Battle is teaming up again with Lady Eileen "Bundle" Brent, you know that there'd be some cheerful notes accompanying a (or some) murder. This will be a greatly entertaining and fast-paced story! And I'm not wrong. Actually, I rather liked this slightly better than The Secret of Chimneys (where Superintendent Battle and Bundle first made appearances). At least, here, its cheerful note supersided my dislike of international conspiracy theme.

The Cootes is the current tenant of The Chimneys (house of Lord Caterham and his daughter Bundle), and they invite a gang of young people to stay and cheer them up: Gerry Wade, Jimmy Thesiger, Ronny Deveraux, and Bill Eversleigh (who we already know from The Secret of Chimneys). Gerry is a late waker, so his friends set a prank. They placed eight alarm clock besides Gerry's bed, and set the alarm to ring loudly one after another next morning to wake him up. The clocks rang, waking everyone up, but not Gerry. Not because he's a severe oversleeping person, but because he's dead!

I always remark this story as a "prank gone wrong". Even after the murder, there's a youthful atmosphere enveloped the whole story as Bundle, Jimmy, Bill, and the gang takes over the adventure, while Superintendent Battle investigating the case. It consists of as many red herrings and disguise as you can imagine, and.... a "naughty" plot twist from Christie in the end.

I was a bit surprised that many people dislike this book, lamenting that Christie "took a different line from her usual approach". I think, on the contrary, it's the different note that lent this story its attraction - at least that's how it works for me. It's cheerful, funny, light, fast-paced, entertaining piece!


The Murder at the Vicarage 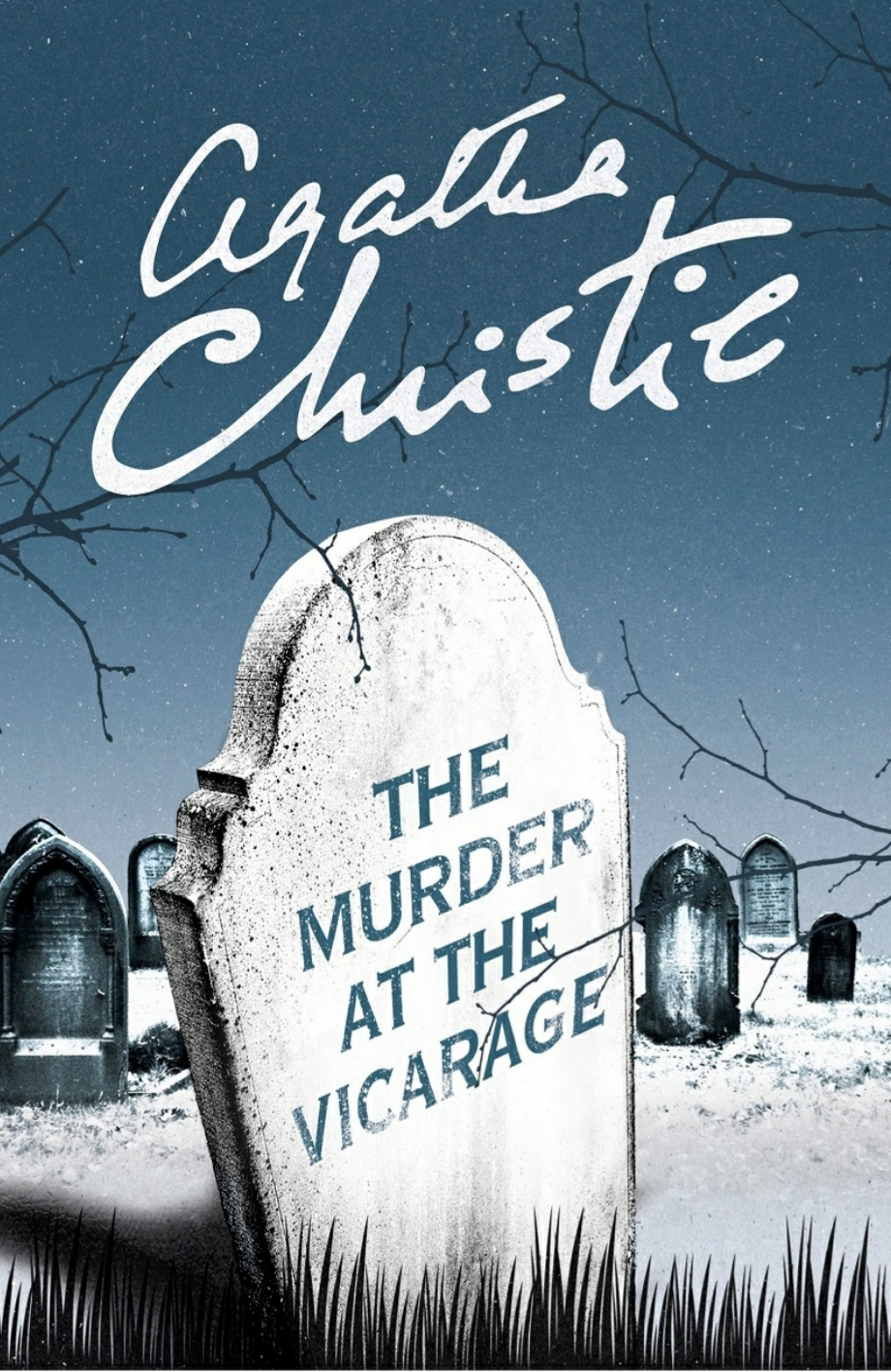 After international espionage, train traveling, and mysterious secret society, now Christie is back on track to the village - St. Mary Mead. Yes, this is the first appearance of Christie's second detective: Miss Jane Marple, a quiet, witty, very intelligent spinster, who - I read many times - was Christie's own favorite. Mine is still Poirot; I always find Marple's a bit boring. :)

Colonel Protheroe is the wealthy church warden - an unsympathetic man with unbearable personality. Disliked by most if the villagers, but most of all, by his family: Anne Protheroe (his young second wife), and Lettice Protheroe (teenage daughter from first marriage). The later, at least, had been heard publicly wishing for his father to die. The same wish had even heard of from the Vicar: Leonard Clement, who is also the narrator of this story. Moreover, Anne Protheroe, the unhappy wife, is having an affair with Lawrence Redding - an artist who uses a room within the vicarage building as his study. We have here at least four close suspects, not mentioning others who hated the Colonel.

Typical problem for the police in a village murder case is lack of accessibility. And so, an attentive spinster who spends most of her time gardening such as Miss Marple is a valuable asset for them.

This story is the kind I should have liked, but I don't know, I found it a bit flat, and certainly easy to forget. I even forgot the murderer identity while writing this review, and must consult Wikipedia to fresh my memory.

Posted by Fanda Classiclit at 7:09 AM

Email ThisBlogThis!Share to TwitterShare to FacebookShare to Pinterest
Labels: Agatha Christie, Agatha Christie Perpetual Reading Challenge, The Big Four, The Murder at the Vicarage, The Mystery of the Blue Train, The Seven Dials Mystery