Ralph Touchett in The Portrait of A Lady

Ralph might not be a perfect partner for most women. Although he was wealthy enough to live comfortably without working, Ralph has been suffering from acute pulmonary disease. But apart from that, Ralph could have been favorite suitor for young women. He was kind, intelligent, energetic (before the disease took over him), with good sense of humor and good taste of art. He was a perfect English gentleman, though he was born from an American father. Ralph has worked diligently before he was forced to stay at home by his illness.

From his first introduction to Isabel Archer—his cousin—Ralph had fallen in love with her. But, fully realized that he won’t be a perfect husband for Isabel and could hardly won the pretty young lady’s heart, Ralph retreated from her suitors group, and only treated Isabel as her cousin. From the beginning I saw that Ralph was the only man who could really understand Isabel’s unique characters. Ralph knew her passion, what she wanted in life. 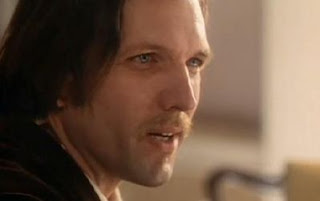 When her other suitors were busy shoving their wealth and advantages to the young woman—you’re going to be a lady; we’ll stay in a big house; not enough? You’re free to go around the world if that’s what you want, etc—Ralph already knew that Isabel loved the freedom to live her life in her own way. Without much talking, he secretly arranged with his dying father to alter the will by transferring a huge part of Ralph’s inheritance to Isabel. Ralph had done this knowing that he won’t get even a ‘thank you’ from Isabel, let alone her love.

Later on when Isabel had married Osmond and having an unhappy marriage but kept it closely from her friends and relatives, Ralph knew it and never forced Isabel to ‘open her mask’. But what amazed me was that Ralph could survive longer than he was supposed to, because he loved Isabel and he wanted to see how she will do in her future. How love brings life!

If I must choose between male characters in Isabel’s life: Lord Warburton, Caspar Goodwood, Gilbert Osmond, and Ralph Touchett…I’ll choose Ralph, simply because his love was true.

Posted by Fanda Classiclit at 7:00 AM
Email ThisBlogThis!Share to TwitterShare to FacebookShare to Pinterest
Labels: blog hop, The Portrait of A Lady