In a crime story, Perry Smith would definitely be the antagonist, because he is the murderer. However, In Cold Blood is not merely a crime story; it is a warning for us that the whole society is responsible to build either good or bad people. Murderers or criminals are not born as criminals at first; they are all born as innocent babies; they start life as we all do: as a blank sheet of paper, ready to be filled with scripts of life.  Here in this story, Perry Smith is not only a villain, he is also a victim.

The series of failure in the development of little Perry has begun—at least—from his parents. After his father decided to have contraband alcohol business for living, Perry’s mother began to get drunk, and other bad things started to follow. They quarreled often, and I guess peace and love have slowly evaporated from their home and family, replaced by violence. Perry was a child with sensitive and tender heart who should be taken in special care; he needed love, affection and tenderness much more than anybody else with different personalities. These violent episodes in the family, unfortunately, happened on the very important phase of Perry’s early development. 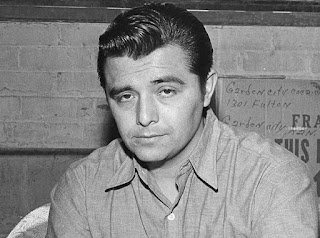 After that, his parents separated, and Perry must enter several institutions, and there he did not get any better treatment either. And that because people failed to understand Perry’s needs. If only they gave him love, acceptance and support, I believe it is not too late to bring him to the right path. But, it never happened, and with all the violence he got, he got worse. As a result, Perry grew up as a man with hatred and grudge deep inside him. In the surface he might be a feminine man who loved poetry and cared about others (he really provided comfort for his victims-to-be before he killed them), but inside, he still bore the needs to inflict upon people who had treated him cruelly and unfairly, people who had humiliated him.

The interesting aspect here, is how Perry put the blame not on several certain people who had really troubled him, but on the whole world. It was between he, Perry, and the world. At the end, the instinct of killing occupied him. It didn’t matter who the victim would be, the only matter was that Perry needed to let the world know what they had done to him.