Read my previous summaries of Act I – II, and Act III before continuing to these last acts of Richard III.

Duchess of York, Queen Elizabeth and Lady Anne were rejected to meet Prince Edward and Duke of York in the Tower, and the news that Richard would be crowned as King broke. Lady Anne was reluctantly became a queen because she felt that she’s been haunted by her own curse to Richard, that his wife will suffer much. Everybody was leaving, Anne to be queen, Dorset to Richmond (Henry Tudor), Elizabeth back to sanctuary, but not before she, in sadness, bid farewell to the Tower walls that imprisoned her dear sons.

From the throne, King Richard saw that Buckingham went softer and thus became untrustable. He then ordered a murderer called Tyller to kill Prince Edward and Duke of York in the Tower. Meanwhile Richard purposely refused to listen to Buckingham’s pleading for his reward, and Buckingham—reminded of Hastings’ faith, fled away to save his life.

It turned out that Tyrrel delegated the murder to his two villains, and they confessed to have wept before finally slaughtered the two innocent boys. After getting rid of his potential rival, now Richard planned to marry Elizabeth, younger daughter of Edward, to protect his throne from Richmond. Meanwhile Buckingham was marching over with his Welsh army, and Richard soon prepared for a battle.

It’s a witty scene when grieving mothers and wives: Duchess of York, Queen Elizabeth and Queen Margaret, sat down and compared their losses and blamed each other. After that Richard intercepted their way, and his mother cursed him of losing the battle because she and his dead enemies will bless for his adversary’s victory in war. Richard then asked Elizabeth to prepare her daughter to take his proposition to be his queen. Elizabeth rejected and after a long and smart debate with Richard, she finally agreed. Meanwhile, Richmond’s army also came to attack, persuaded by Buckingham and Dorset; while armies from different counties were preparing their armies as well. Buckingham was captured and Richard marched to Salisbury to fight the battle!

Richard untrusted Stanley and kept his son in hostage. Stanley sent a letter containing his opinion to Richmond, as he could not risk his son’s life by helping Richmond openly. 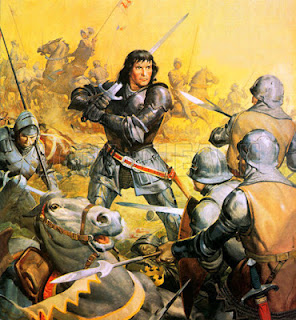 Buckingham was lamented that what he had wished to God jokingly, has been granted by God; now he was going to be executed, and Richard did not even come to speak to him.

Richmond and his allies’ armies were approaching the battle field; Stanley seemed to update them with Richard’s army position. They believed Richard didn’t have many friends who would help him, and even among the less numbers, some would desert him when they needed it.

Richard was confident at first because his army was three times their adversary. While he was planning his battle strategy in his tent, so was Richmond. Richmond sent a letter secretly to Stanley; while Richard instructed him (Stanley) to send his regiment if he cared for his son’s life. Stanley came to visit Richmond tent; giving him his silent support. Night before battle, ghosts of all Richard had murdered came and visited Richard—to curse him, and visited Richmond—to bless him. Richard was terrified by it, his conscience was disturbed, and he became more paranoid if his troops were deserting him. He was not well prepared mentally for the battle; while Richmond was in his good state with the ghost blessed him and he believed that God will bless he who fight against the wicked. In the last minute, Stanley sent news to Richard that he refused to send his army to the battle.

Richard fought like no man ever fights. He lost his horse, yet he bravely continued on fighting on foot, seeking Richmond.

Richard finally fought Richmond, but he was finally killed. Richmond was crowned as King of England, and he reunited the Lancasters and the Yorks, ended years of their enmity, and began a peaceful era. 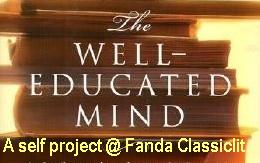