My Own History Reading Challenge 2014 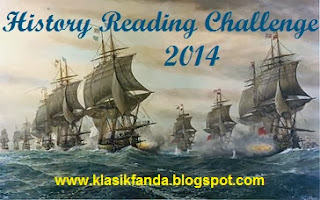 As you might have known, I will be hosting a new challenge next year: History Reading Challenge 2014. Actually, history is one of the book genres I’ve been dreading all these times. But lately my curiosity over histories has been increasing; partly because The Well-Educated Mind, in which there are a lot of reference of good history books. So, I was encouraging myself to create and host this challenge. All but one book I have picked for this challenge are from WEM’s recommendation, and the other one is related to my interest in ancient Rome theme, particularly Cicero.

For now I will take the Scholar level, and plan to read at least these 6 books. 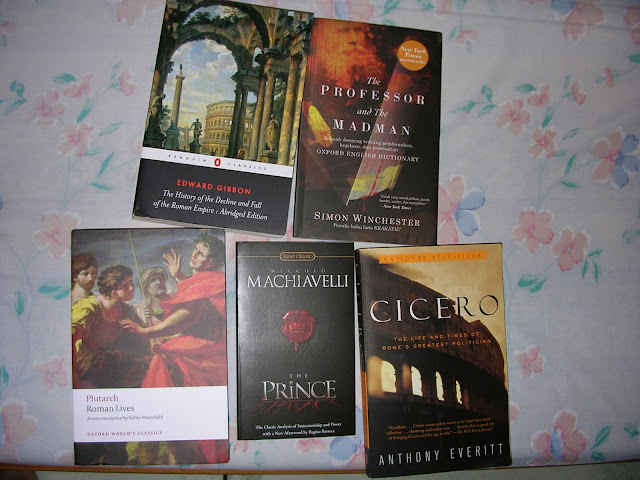 The Professor and the Madman – Simon Winchester
This one (I will read Indonesian translated version) is the only existing history book in my shelf before I decided on the challenge. I have been collecting the other four one by one during the last several months.

Roman Lives: A Selection of Eight Roman Lives – Plutarch
Actually The Well-Educated Mind recommends reading  both Roman and Greek Lives, but being dreadful of histories, I’m not sure whether I will enjoy Plutarch. So, I will try the Roman’s first (because Roman is always my weakness :D), and if I like it, I might go for the Greek’s too.

Cicero: The Life and Times of Rome’s Greatest Politician – Anthony Everitt
Among the many Roman statesmen and heroes, Cicero is my favorite. This book is one of my most exciting choices!

The History of the Decline and Fall of the Roman Empire – Edward Gibbon
I have a mixed feeling about this one. I bought it right after I decided on the challenge, and have been my most exciting choice, but having browsed a few first pages, I realized that this book would need a very thorough reading. Hopefully I can enjoy it at the same time.

The Prince – Niccolò Machiavelli
This one is in my The Classics Club list, so….it’s killing two birds with one stone.

I have finally decided the sixth book for this challenge: 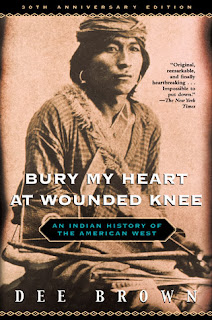 Bury My Heart at Wounded Knee: An Indian History of the American West – Dee Brown

Since reading Winnetou series, I have a tender spot in my heart about the Indian, so I think this book would be a perfect read for the challenge, to understand more about the Indian history.


If I still have time, I might read Stacy Schiff’s Cleopatra as well, and that means I can take an upgrade to the Historian level.

How about you? Interested in reading histories? You are invited to join the challenge: History Reading Challenge 2014. You only have one history book on your bookshelf? That’s OK, you can register in the ‘Student’ level, and can upgrade the level later on if you like.