This month Let’s Read Plays picked ‘other authors’ theme, which means we can pick any author out of Shakespeare, Greek, or Oscar Wilde (that we have done in the previous months). So, July Play Monthly Meme’s prompt naturally follows this theme accordingly, 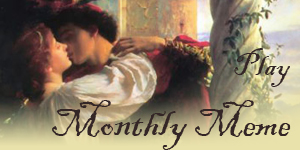 “Who is your playwright this month?”

From many playwrights I have wanted to read, I finally picked Anton Chekhov. I have read Oscar Wilde’s plays—and really enjoyed them—so now I want to compare him with Chekhov, who wrote his plays at the same century. I’d be interested to see the differences between them. So, here it is… 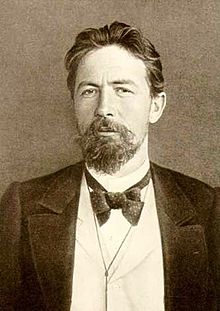 Anton Pavlovich Chekhov—a Russian writer, born on January 29, 1860—is known as one of the greatest short stories writers in the world. His other interest and career besides writing was medical doctor, as he once stated: "Medicine is my lawful wife, and literature is my mistress." Although his father is abusive, Chekhov reckoned him as the source of his talent, while his mother left him the soul. His father was also his portrays of hypocrisy he later wrote about.

Lived in poverty, Chekhov began writing short stories and sketches of Russian daily life to financially support the family and pay his tuition fee. Not long after he graduated and practiced as medical doctor, he diagnosed himself with tuberculosis, but hid the fact from family and friends, and kept writing. A celebrated writer named Dmitry Grigorovitch read his story ‘The Huntsman’ and advised Chekhov to write less, but concentrate more on the literary quality. It worked, as in 1887 Chekhov won the Pushkin Prize "for the best literary production distinguished by high artistic worth” for his short stories collection: ‘At Dusk’.

Anton Chekhov died on July 15th, 1904 in the age of 44, leaving his many short stories and plays as a eternal legacy to literary world. Of his most famous plays are: The Cherry Orchard, The Seagull, Uncle Vanya, Three Sisters. 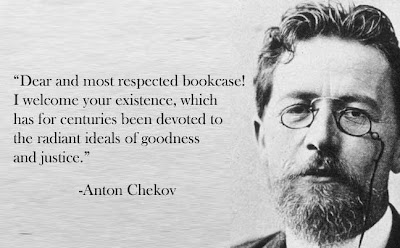 The Cherry Orchard is the first play I’ve ever read from Chekhov, so I can’t be too objective in judging his playwright. However, there are some unique points that I found different from others (Shakespeare, Greek and Oscar Wilde).

First, his scenes portrayal. I was amazed at his detailed and beautiful description of the cherry orchard. It might be because of the theme, but nevertheless I have never found any other play with that detailed portrayal.

Chekhov’s dialogs are sometimes seems incoherent. In the middle of a conversation, suddenly someone would interrupt with a comment that does not relate at all to the conversation. It feels trivial and awkward, but in the end, it turns out to be quite important. Chekhov likes also to let his audience to comprehend some ideas from unexpressed dialogs, which let you reflect quite often while reading, unlike Wilde’s plays which just flow.

It turns out also that Chekhov uses quite many allegories in The Cherry Orchard. I think his plays would be best enjoyed from the book rather than seeing it live-performed. The live performance would be great too, but to grab his meaning, I think one ought to read from the book too.

Who’s your favorite playwright, other than the Bard and Wilde?