Cover must have been one of the most important aspects of a book, and that’s why we are having this criteria for Book Kaleidoscope Day 3. Honestly, I didn’t read many books with very artistic cover this year, and I read a lot of ebooks too. But five best cover must I pick, so here they are…. 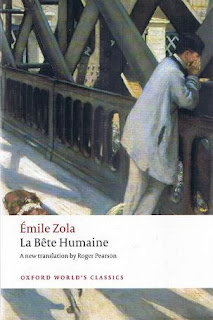 I don’t know why, I just love this cover from the moment I first saw it. I thought at that time, that this is a man who is reflecting his evil doing—maybe having a bit moral-struggling—and considering whether he must jump from the bridge or not. Then after I read the book, I thought, perhaps he is crying over his ‘beast-within’ which he could not control. Overall, I love the perfect angle, and the clean whitish style of Oxford Classics books. 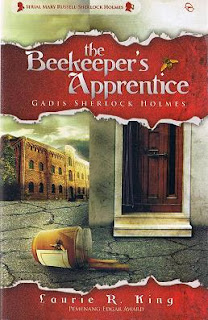 Since I love red, this cover has interested me already since I saw the book for the first time. Mizan publishing, who translated the Mary Russell series into Bahasa Indonesia, has done a good job in combining the early 20th century theme (from the wooden door and the building background) and the feminine touch (the color red and the tumbling honey pot) brought by Mary Russell into Holmes’ masculine aspects. I could sense mystery and sweetness at the same time.

3. The Old Man and The Sea by Ernest Hemingway 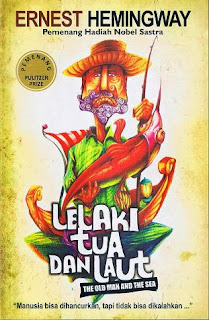 This is the Indonesian-translated edition from Serambi publishing. I love the art in this cover, it’s not only artistic but also represents the book theme. The illustrator could grasp the old man’s hardship into this illustration, just look at his face, and you could tell how he has been living a very hard life. And although he could finally win the big marlin fish, it’s not the end of his hardship; it’s only another drama in the sea. And so, the old man would through that kind of life again and again, maybe to his last day, but he keeps strive on. 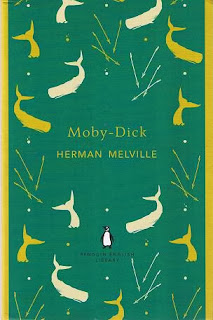 Lately I am fond of Penguin English Library edition, the colorful cover and the tiled icons which always represent the book main theme. In Moby Dick’s, the icons reflect perfectly its theme—or one of its main themes—the cruel means of killing whales which is a noble creature. It is represented in the whales and the sharp-pointed harpoons. And there are white whales too (like Moby Dick) which adding the air of tragedy (adding the pureness to the existing nobleness of whales). As in Moby Dick Melville put a touch of divinity, killing a white whale in barbarian manner like this in the cover can be regarded as how savage it is when men want to ‘kill’ God.

From so many editions of The Great Gatsby, this particular one if my favorite. It’s a hardback edition from Penguin Classics (now becomes one my most precious treasure…). I love its classics motive (the semi circles look like waves, don’t you think?) and the color. The beige background and the bronze motive (it is so ‘Gatsby’, right?) are very elegant, just reflecting the atmosphere Gatsby wanted to create to amuse Daisy: solid and elegant. And that’s why it becomes my choice of….. 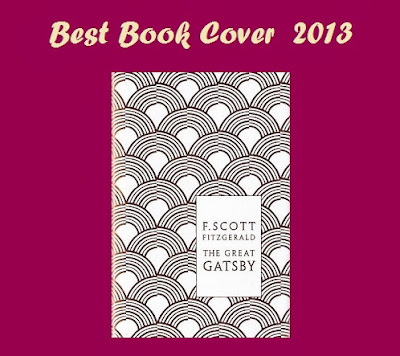 What are your favorite covers? Share with us in the linky below.

Posted by Fanda Classiclit at 7:05 AM
Email ThisBlogThis!Share to TwitterShare to FacebookShare to Pinterest
Labels: Book Kaleidoscope