Claude is the main character in Zola’s The Masterpiece; he was a shy guy who liked painting but disliked women. One day Claude met Christine, fell madly in love with her, then married her. But it turned out that Claude could not control more than one passion at the same time; that when he was enjoying his love with Christine, he could not drag himself to produce any serious painting. Then, when Christine offered herself to model for his painting, Claude began to stay away from his wife, and began fallen in love with his painting—or in this case, the woman in his painting. Seems that, in Claude, one passion would dominate another; but it was a madness which dominated Claude to his end.

I am still wondering whether it’d be much better if Claude has never been in love with Christine at all, or it would be all the same whether he married her or not, because the madness was already there? Maybe Claude was right after all for not liking women, maybe that way he could focus only on painting. But would have it altered his future to the better? I don’t know, maybe not….. 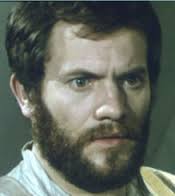 Claude seems to be a man with an unbalanced emotion. He was, in fact, a talented and skilled painter—all his friends admitted that—and he was genius too. Claude with several of his friends—young painters—started a new generation of impressionism. He had set a new style of painting, and although his paintings kept being refused by the Salon (a public exhibition which influenced the public taste of arts), many young artists followed his example in putting natures in their paintings. But strangely, he who had set the style, could never produce any single masterpiece till the end. Why? Again….I put the blame to his unbalanced emotion.

It’s a pity to see such a talented young man must meet a sad end. Claude was always very kind to his friends, and in a way he still loved Christine till the end. His only problem was he could not cope with himself, he could not control his emotion—when his paintings were refused, he would be so enraged, and when he poured out his feelings in painting, he became severely obsessed. Claude did not possess self-control of himself, and at last his repeatedly failure ruined him completely.

Email ThisBlogThis!Share to TwitterShare to FacebookShare to Pinterest
Labels: blog hop, The Masterpiece