Time has been running very quickly, really! And it turns out to have been five month since the first check-in of The Classics Club (September 2012). Since then, these are what I have accomplished for The Classics Cub project: 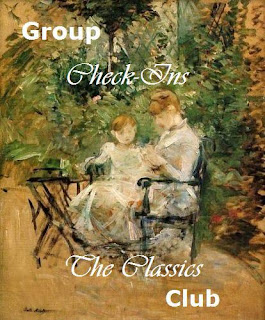 Books I have read

The Strange Case of Dr. Jekyll & Mr. Hyde
Beloved
Gone with The Wind
The Scarlet Letter
Julius Caesar
Antony and Cleopatra
Heart of Darkness
The Merchant of Venice
Great Expectations
The Old Man and The Sea
The Portrait of A Lady
King Lear

If to reach my target in 2017 I should read at least two classics each month, then the above twelve I finished in five month was a fairly good achievement so far.

From those twelve, I read three books for my The Well-Educated Mind self-project (The Scarlet Letter, Heart of Darkness, The Portrait of A Lady), which I’m enjoying so far. Working on this project has been extending my knowledge of each classics piece I read, and how I supposed to read it. Especially with tough pieces like those three I read, you’d need to delve deeper into it to get what the author wanted to say through the books.

To add the excitement, I have joined several reading challenges and events for 2013, one of the most exciting is Turn of the Century Salon. And speaking about excitement....

Beginning of 2013, The Classics Club has invented more exciting events to add colors to our classics reading, and to make us feel like—not only a community but also—a big happy family! On January we have had a 24 hours readathon, which I have enjoyed by reading The Portrait of A Lady. Then in February we are having The Classics Spin, reading a random book from our spin lists. They were awesome, and now I can’t wait for our next readathon (still on July, unfortunately…)

My biggest struggle was perhaps with Gone With the Wind. Heart of Darkness was also a struggle, that I must consult sparknotes and doing tasks from WEM first to finally grab the meaning. Another one I still failed to finish was Notes from Underground, which I would try to re-read from the beginning sometime this year.

My most favorite was Great Expectations. Beloved was a great book too, but it was more striking than enjoyable. It’s a kind of book you would read once in your life, but the effect goes with you eternally.

How about you, how’s your progress so far?

Posted by Fanda Classiclit at 7:14 AM
Email ThisBlogThis!Share to TwitterShare to FacebookShare to Pinterest