Gaius Cassius was the senator who had inspired the conspiracy against Rome’s dictator at that time: Julius Caesar. Cassius was actually one of Caesar’s friends. He fought with Caesar under Pompey’s rule, and Cassius had witnessed in many incidents that Caesar was not as strong as people thought. It was when they must across the flooding Tiber, Cassius could make it but Caesar couldn’t; he cried at Cassius to help him, and help Caesar he did.

“I, as Aeneas our great ancestor
Did from the flames of Troy upon his shoulder
The old Anchises bear, so from the waves of Tiber
Did I the tired Caesar”

But what happened after that? Caesar climbed the stairs to the top, and became the top ruler of Rome, while Cassius now must lower himself in front of the man he once helped.

“And this man
Is now become a god, and Cassius is
A wretched creature and must bend his body
If Caesar carelessly but nod on him.”

Personal envy! That is where the conspiracy had begun. Cassius felt that he was not less than Caesar, but why must he bend his body towards Caesar? Why must Caesar become his boss? Moreover, Cassius felt he was more capable physically and mentally than Caesar, who he referred as ‘a sick girl’.

“I was born free as Caesar, so were you;
We both have fed as well, and we can both
Endure the winter’s cold as well as he.”

However Cassius was clever enough to know that he would need Brutus to convince people of Rome that the conspiracy was for their sake, for Rome’s honor—because Brutus was an honorable man.

To me Cassius was an opportunist. I believed he and Brutus was not a very good friend, but when he needed Brutus, Cassius suddenly claimed as his a long time friend who Brutus had recently neglected. 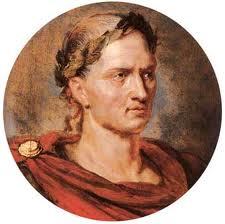 “Brutus, I do observe you now of late;
I have not from your eyes that gentleness
And show of love as I was wont to have;
You bear too stubborn and too strange a hand
Over your friend that loves you.”

Well….be careful if one of your not-too-close friends suddenly came to you complaining that you haven’t called for him/her for a long time, and how he/she had missed you. Often than not, he/she was expecting something from you…

And look how he convinced Brutus to join him, for when he saw that even after he marked Caesar’s weakness and flattered Brutus’ fame among the people, Brutus still needed time to reflect, the impatient Cassius used then a dirty trick of false letters. Cassius really knew how to deal with honorable men like Brutus!

At the end of the civil war, both Brutus and Cassius killed themselves, but with different reason. The noble Brutus because he would like to die honorably in the battle field; while Cassius—I think—because he was terrified of being punished when he was brought back to Rome, so terrified that he was mistakenly taken the shouts of joy as his troops’ loss--while it’s actually their win—and he killed himself at that. A tragic way to die, but a fair avenge for what he’d done to Caesar!