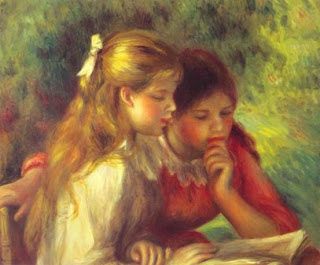 (But I Know I’ll Read Anyway)

November’s prompt for The Classics Club monthly meme is…

What classic piece of literature most intimidates you, and why? (Or, are you intimidated by the classics, and why? And has your view changed at all since you joined our club?)

Starting early this year I’ve been collecting, sorting, and editing list of classics works for The Classics Club Project, which is now have been expanding to 120 (instead of 100 which I listed when I decided to join the project). Among them there are books that I really want to read, but somehow intimidate me to start with. These are ten of them (11 originally, but I have scraped Gone With The Wind) :

The Origin of Species – Charles Darwin
I don’t read many non fictions, but I think I need to give Darwin a try; his work has been inspiring the world. After reading Sophie’s World by Jostein Gaarder, I was more convinced that I must read Darwin one day. From many reviews I have been browsing, most of them said that Darwin’s language is quite understandable even if we are not scientists or biologists, and the book is far from boring. This is comforting….

The Divine Comedy – Dante Aleghieri
Poems are not my favorite reading, but again, I think I must give this particular one a try. Plus, I have picked Dante’s Inferno for my The Well Educated Mind Self-Project, so I know I must get on this in no time.

Cicero's Selected Works – Marcus Tullius Cicero
Treatises on Old Age & Friendship – Marcus Tullius Cicero
I am a fan of Roman history, and have read quite many of Roman themed historical fiction. One of my favorites was Robert Harris’ Imperium (and the sequel: Conspirata), a story about the biggest orator of all time: Cicero. After reading this, I began to fall in love with Cicero, I admire his principles and his speeches, so, I think I must at least try to read few of his works (non fiction again..). I picked the above two titles (the only two I can find in online store and gutenberg), I’m not sure whether I will read both of them, but I’ll try one for sure.

Moby Dick – Herman Melville
This one is intimidating mostly because of the length of the story. But if I succeeded in conquering the 1448 pages of Gone With The Wind, I’m sure I can do this one too. I just hope the language is not too difficult…

Candide – Voltaire
I have thought that Candide is a tough read, but from several reviews I read, I’m convinced that instead of giving a headache, Candide is enjoyable to read. I’ll come to you soon, Voltaire!

War and Peace – Leo Tolstoy
Big chunk book, Russian literature and Leo Tolstoy; three threatening aspects for a bookworm! But who could resist the temptation to read War and Peace? Maybe I just have to prepare a whole one (or two?) month together with several light readings to get into this book. Well, maybe a company to read it along is even better. Anyone?.... Melisa? Bzee?

The Prince – Niccolo Machiavelli
I’m not quite sure why this book has been intimidating for me, maybe from the synopsis, but I have a feeling that I’d love it.

The Sorrows of Young Werther – Johann Wolfgang von Goethe
Goethe’s name I think, that has made this book intimidating for me, but still, I’d read it anyway.

Siddharta – Herman Hesse
I am assuming Siddharta as a philosophical book, thus is quite intimidating, but if I could manage to finish Sophie’s World, I might give this one a try, especially after Tze Wen encouraged me.. ;)

What about you? What classics is/are most intimidating for you?