Little Pearl is one of the most interesting characters I have featured here in Character Thursday. First, she was just a little girl—around seven years old—however she played a major role in The Scarlet Letter. She was Hester Pryne’s daughter, a child that born from adultery.

Just after I finished the book, I realized that Pearl’s most important role is as a mere symbol. Pearl was a product of her parent’s passionate sins, and Hawthorne often used her to criticize or even to point out the moral essence of this story. Throughout the story, Pearl’s character was often preternatural. She was sometimes described as a nymph or elf, and other mystical creatures. Maybe Hawthorne did use her as a symbol, instead of creating a true character, but I prefer to see her as a child.

To me, Pearl’s life from the beginning was not an ordinary one, especially at that era. She grew up without a father, and from her childhood, she was constantly encircled with hatred and loneliness. She lived with her mother in a secluded cottage, and whenever they were strolling on the street, people avoided them. I imagine Pearl often heard how people talked to Hester in condescending tones, without any respect. Pearl might have caught their scrutinizing eyes upon her mother, or—perhaps—even their slightly disgusting looks on her and her mother. 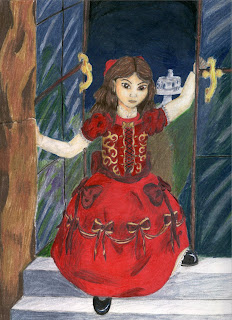 Moreover, Little Pearl did not have any friends to play with. She used to play by herself or with her imagining friends. Children of her age (got examples from their parents) used to throw pebbles to Pearl and her mother while they were passing by neighbors’ houses. In short, those treatments affected Little Pearl much more than Hester. I believe those conditions built the evil or wicked temperament in Pearl. While you were surrounded by negative atmosphere, the same sense will root in your soul too. 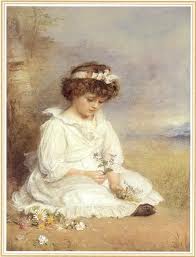 However, beyond that, I think Hester’s love had an effect too to Little Pearl. With their solitude life, they had been depending to one another, and they pour their loves to one another, because they had no one else. This soften Pearl’s hear, that sometimes when she was in good mood, she could appear as a little loveable angel. And look what she did when some children were throwing pebbles to Hester, she defended her mother by chasing those bigger kids out of their way. Ha!

And when they left New England, stayed away from negative influences of Puritan’s unfair system, Pearl could finally live a happy normal life. Good for Pearl!

Posted by Fanda Classiclit at 7:00 AM
Email ThisBlogThis!Share to TwitterShare to FacebookShare to Pinterest
Labels: blog hop, The Scarlet Letter