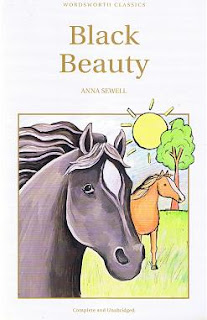 “He was not a gentleman, nor yet one of the loud, flashy sorts that called themselves so. He was a rather small man, but well made, and quick in all his motions. I knew in a moment by the way he handled me that he was used to horses; he spoke gently, and his grey eye had a kindly, cheery look in it. It may seem strange—but it is true all the same—that the clean, fresh smell there was about him made me take to him. There was no smell of old beer and tobacco, which I hated, but a fresh smell as if he had come out of a hay loft.”

It was how Black Beauty first saw one of his favorite masters. His animal instinct did not betray him at Beauty’s first meeting with him, as Jerry Barker was indeed a brave and kind hearted man. Jerry was a London cab owner who drives his own carriages and takes care of his own horses. Jerry is a man who always follows his own principle. He didn’t do his job on Sundays because it is the day he dedicated for God and family, and that means he also give his horses time to relax and enjoy a little freedom—which every man and horses need.

Jerry always treat his horses as if they were human, not a machine, like most people treated them. He would bravely stand for horses’ cruelty, as reflected in his doctrine:

“My doctrine is this, that if we see cruelty or wrong that we have the power to stop, and yet do nothing, we make ourselves shares in the guilty.”

Actually I don’t fancy a perfect character, however I chose Jerry here because we can learn quite a lot from his manner. Jerry, for instance, does not like to speed up his cab just because some passengers were late by his own fault. However, when an emergency happened, and a poor woman needed to get as quickly as possible to her mother’s house, Jerry would be pleased to bring his cab at full speed just to give a help to someone need it. From this example, I feel that it’s not only money that Jerry is after for, like what he likes to sing,

“Do your best,
And leave the rest,
Twill all come right
Some day or night” 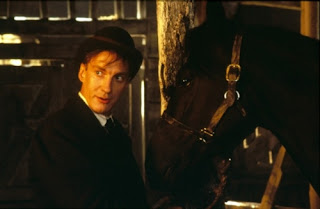 Jerry always does what he thinks right, and believes that at the end God will take care of him ‘when the time is right’. In this book, and I believe it happens in real life too, something good finally come to Jerry and the family (and Black Beauty too!). What a personage!

Posted by Fanda Classiclit at 8:10 AM