“Cloudless, and pierced by one solitary star,…” 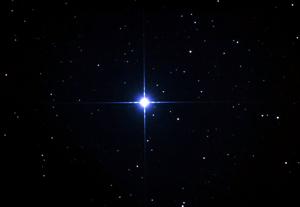 “….a copper-green sky gleamed through the windows...”

Honestly, I have never thought sky would be related with the color of green!

Basil visited Dorian because he was worried about his friend's grieve on Sibyl's death. However he was startled by Dorian's ignorance by going to Opera with Lord Henry only one day after the tragedy, which Basil took as a negative change in his character. Meanwhile, Basil intended to exhibit his painting of Dorian Gray's picture in Paris, which frightened Dorian.

When Basil would like to see his own painting, Dorian—of course—rejected. This lead to Basil's confession on his feeling towards Dorian that was reflected in the painting, which was the reason he rejected to exhibit it. After the painting went to Dorian's residence, however, Basil decided to exhibit it anyway. Dorian strongly rejected the idea and Basil kindly accepted his decision. That conversation then encouraged Dorian to hide the painting for good in an old room where he used to be in his childhood and youth days. At the end of chapter X, Lord Henry lent a ‘mind poisoning’ novel to Dorian.

Hiding the dark side
Just as sinners like to hide their sins in the darkest ‘room’ of their souls, Dorian securely hide the continuously-corrupted-painting into a dark old-dusty room where he kept the key and ensured that not a single soul should ever see it.

Let the painting bear his sin
It’s interesting to observe how at first Dorian looked at the cruel expression in the painting still with amazement and observation. He had observed that the source of that cruel expression was his cruel treatment to Sibyl Vane. He knew and admitted that he had done something bad. He wished to apologize to Sibyl and marry her to repentant his wrongs, for who knows, his expression in the painting might return to its original state then? But Lord Henry didn’t let him swim in his regret, and soon influenced him to just forget it, that it was not his fault anyway. And now, after Lord Henry ‘lifted’ his moral obligation, Dorian felt burden with his conscience (the corrupting-painting), and finally decided to hide it forever and let it rotten, letting him freely committing more and more sins. Now that the conscience had been muted, nothing would prevent him from falling deeper down…

How deep Dorian will fall?