What Were You Looking For, Dorian? - Dorian Gray Chapter XI

I’m quite interested in a word Oscar Wilde used here: ‘Dandyism’ (I shouldn’t explain the meaning, should I? J). On searching in the internet about Victorian dandy style, I came across the photo of….Oscar Wilde himself! Don’t you think he is dandy too? 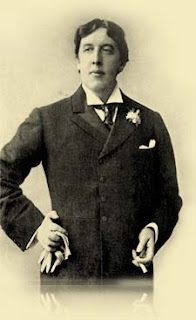 And the image caption said: “Oscar Wilde had the image of a dandy in Victorian times. He dressed to impress. Here he is wearing a carnation in his buttonhole.”

And these are what people called dandy in Victorian era… Seems that flower in button hole and brocade waistcoat were fashion items for dandy men at that era. 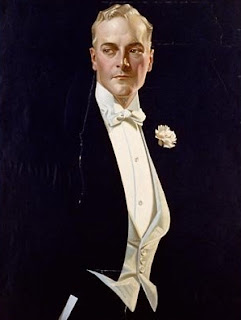 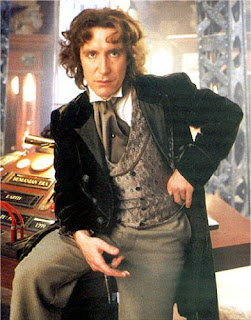 I’m also interested in his style in describing colors. I think, being a fashionable man, Oscar Wilde was familiar with unique colors, such as: copper-green, mauve, sulphur-yellow, vermillion and gold, olive-green, etc.

Dorian got fascinated with the ‘yellow book’ Lord Henry had lent him. He found the story was similar to his life, and soon got poisoned by the book’s idea.

Meanwhile, for eighteen years the painting grew older and more evil, while Dorian’s beautiful and innocence appearance was remain the same, that many of his friends could not believe rumors of his evil behavior. During those years Dorian Gray tried to satisfy his Life with fascinating things, from fashion, perfumes, embroideries, music, to religion. He also became more obsessed to beauty, not only his own, but in others too, and even in his ancestor's pictures. You can say that his soul was corrupted more and more.

Dorian’s wandering mind
I was overwhelmed through this chapter. There are a lot of philosophies in long sentences, using ‘strange’ words that I can’t really follow. From what I gather—hopefully I’m not lost, because Dorian himself is kind of lost in the unreal worlds in search of the true meaning of life—at first he adored fashions (became one of London’s dandy trendsetter), then he was drawn to mysticism, before attracted to Roman Catholic communion, then Darwinismus doctrine, then perfumes. Perfumes? Yes, Dorian really studied about perfumes—about the relation between smells and soul. After that he had drawn himself in exotic music all over the world before getting crazy of jewels, embroideries and tapestries. I can’t really follow his mind...

The more he knew, the more he desired to know
Isn’t the biggest cause of sin comes from knowledge? Isn’t that why God forbade Adam and Eve to eat apples from the knowledge tree? Because the more man knows, the more he will desire to know, until he drawn himself to the sin.

What I didn’t quite get…

Page 153 on Hedonism, etc., what was Oscar Wilde tried to say? That hedonism was an unreal world where Dorian Gray had been hidden from his sins?

“In was the creation of such worlds as these that seemed to Dorian Gray to be the true object, or amongst the true objects of life; and in his search for sensations that would be at once new and delightful and possess the element of strangeness that is so essential to romance…etc.etc..”

I have no idea. I’m lost! L I think I can see the general idea, but I can’t follow Oscar Wilde’s mind.

Posted by Fanda Classiclit at 7:38 AM
Email ThisBlogThis!Share to TwitterShare to FacebookShare to Pinterest
Labels: Dorian Gray chapter posts, The Picture of Dorian Gray