I Would Give My Soul For That: Dorian Gray Chapter II

I always like when a book is revealing the beauty of nature. And Oscar Wilde spoiled his readers with many of it throughout this book...

"They rose up, and sauntered down the walk together. Two green-and-white butterflies fluttered past them,..." 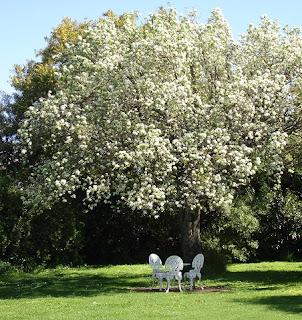 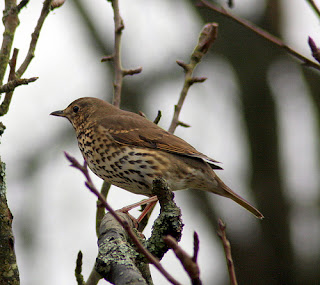 Despite of Basil's reluctance to introduce Lord Henry to Dorian, faith had interfered that the two of them must meet each other and befriended. Just as Basil afraid of, Lord Henry took no time to influence Dorian's mind about youth, about how terrible it is for human when they became old.

At that time Basil's painting has nearly finished, and when Dorian saw it, he envy it that the picture could stay young while he would grow older. He wished that he could change places with the portrait, and will give everything to make it possible

"How sad it is! I shall grow old, and horrible, and dreadful. But this picture will remain always young. It will never be older than this particular day of June..." == (how interesting it is that Dorian Gray’s setting is on the same month when I am reading it! J)

"I would give my soul for that"

At last Lord Henry invited Dorian and Basil to the theatre. And despite of Basil's objection, Dorian insisted to go with Lord Henry.

Taking advantage of one's purity
I think both Basil and Lord Henry had somehow taken advantage of Dorian's purity and innocence. Lord Henry, using his language skill, has manipulated Dorian's soul to overly worshiping youthfulness. On the other hand Basil, who became obsessed (somehow related to the art) to Dorian, wished to protect the lad from altering for his own (Basil's) good. It's revealed from what Basil asked Lord Henry at the end of chapter I: "Don't take away from me the one person who gives to my art whatever charm it possesses; my life as an artist depends on him".

Pure beauty = innocence = stupidity
In chapter I Lord Henry has mentioned that beauty = brainless. Perhaps he was right. Don't get me wrong, I think 'beauty' here had little to do with just appearance, but more with innocence or purity. Innocent person is easier to get influenced by others, and the impact of bad influence is often stronger than the good one.

"All influence is immoral"
"Because to influence a person is to give him one's own soul. He does not think his natural thoughts (...). He becomes an echo of someone else's music, an actor of a part that has not been writen for him."

Here Wilde began to emphasize how powerful an influence is to man's soul. We never know how we had said randomly to others will bring impact upon them. On the other hand, it is almost frightening how we could easily be influenced by society out of our consciousness.

What is Lord Henry's real purpose to plant the idea of youthfulness in Dorian's mind? Merely personal satisfaction to ruin one's purity, or is it jealousy to the Dorian's beauty?

Lord Henry -- was not just indifferent to other's feeling, he became wicked too. He purposely influenced Dorian's mind. When Basil asked him (rather) politely to go, he insisted to stay by challenging Dorian: "Am I to go, Mr. Gray?" with (I imagine) a devilish smile.

Dorian Gray -- it's interesting that Dorian's character altered in just one chapter. From his first encounter with Lord Henry, I can see the shy Dorian Gray with his cheek blushing and his shy manner. But after Lord Henry influenced him in one (one!) conversation, his cheek was flushed, not by shyness but by anger, when he thought Basil loved art better than his friend.

It only showed the power of influence in our life!

Posted by Fanda Classiclit at 1:22 PM