The Victorian London from Sketches by Boz: The Amusements

What interested me mostly of Sketches by Boz is that it’s the earliest work of Charles Dickens. After reading three of his books: Oliver Twist, A Christmas Carol, and A Tale of Two Cities—and so far I love the way he writes—Sketches by Boz seems to be the perfect further reading, as I am curious of how Dickens’ first writing would be. For example, had his cynical humor and long-but-beautiful-wording already appeared from the beginning? Further on, Dickens later wrote about Sketches by Boz: "They comprise my first attempts at authorship. I am conscious of their often being extremely crude and ill-considered, and bearing obvious marks of haste and inexperience." Don’t you find it interesting too, to read ‘the inexperienced’ Dickens after being familiar with his masterpieces?

I am now in page 234 (only certain chapters of them, and will come back later for the rest), but so far I have found so many interesting materials that I want to share here. Sketches by Boz contains illustrative of everyday life and people of London—where Dickens live. I don’t know what genre I should put this book in, it’s not a short stories collection (although Dickens wrote several fictions at the last section), for most of the contents are non fictions. Through the illustrations, we came to know London in the 19th century, the people, the culture and the scenes. For me (who have never been to England), it’s quite difficult to imagine the scenes from Dickens’ description, so I browsed the internet to find out about common places or words. And now, in A Victorian Celebration 2012 event, let me take you to London on the Victorian era of 19th century, together with Boz…

Note: I will divide my post about Victorian London in four parts, each will discuss about different topics:
1. The Amusements
2. The Occupations
3. The Streets and Shops
4. The Transportations

And this is the first part, The Amusements. In Victorian days, the middle classes have several events throughout the year where they can amuse themselves:

Tea garden is one of rural middle class Londoners’ means of leisure in their Sundays. The tea garden was one of the few places ladies could enter a mixed gathering in public without criticism.  It was one place where people from all social classes were welcome. 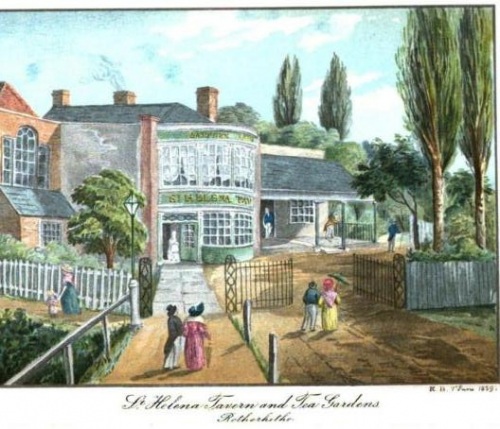 The first three days after Easter, beginning on Easter Monday is a carnival season in Victorian London (correct me if I’m wrong, as this is what I gathered about the fair). The fair was an outdoor activity. According to what Dickens described (chapter XII – Greenwich Fair), at those days you would see all kinds of transportation gathered around the park. Houses around there were turned into tea-shops, pedestrians lingered in group at the roadside. The entrance of the park was full of gingerbread, spice nuts, or toys stalls. Here and there would be couples sitting on the grass.


There were also traveling menageries with wild beast shows, where they exhibit wild beasts, ‘dwarfs’ (abnormally small person) or other natural curiosities. The heart of the fair—according to Dickens—was in the Richardson’s booth, where they performed a variety of melo-drama, pantomime, comic songs, overture and some incidental music, all in twenty five minutes. There are clowns too, and they also performed some Roman plays. But the numerously-frequented booth of the whole fair was ‘The Crown and Anchor’, the temporary ballroom. There you could get refreshment snack, orchestra, and of course…the dancing area.

Is the famous amphitheatre in Victorian London. The Victorian era marked the golden age of the British circus. Astley's Amphitheatre in Lambeth, London, featuring equestrian acts in a 42-foot wide circus ring, was the epicentre of the 19th century circus [wiki].

From what Dickens described in Sketches by Boz (chapter XI – Astley’s), I think the circus was just like any other circus shows, with horse riding, theatrical performances, orchestra and clowns.

A celebration held every 1st of May in Victorian London. May Day has been a traditional day of festivities throughout the centuries. May Day is most associated with towns and villages celebrating springtime fertility and revelry with village fetes and community gatherings. Since the reform of the Catholic Calendar, May 1st is the Feast of St Joseph the Worker, the patron saint of workers. Seeding has been completed by this date and it was convenient to give farm labourers a day off. Perhaps the most significant of the traditions is the Maypole, around which traditional dancers circle with ribbons [wiki]. 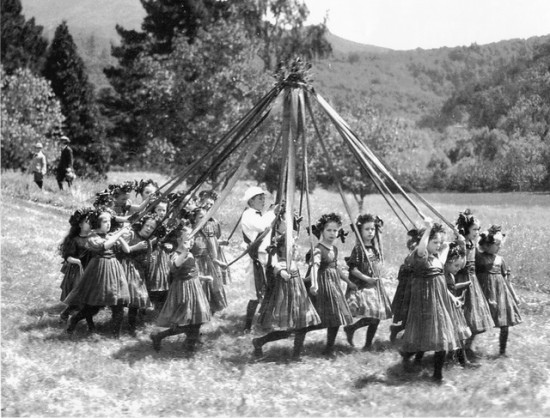 Besides Maypole, May Day is famous with its ‘Jack in the green’, a participant in traditional English May Day parades and other May celebrations, who wears a large, foliage-covered, garland-like framework, usually pyramidal or conical in shape, which covers his body from head to foot. The name is also applied to the garland itself. May Day dancing is often linked with chimney sweepers.

Vauxhall Gardens was a pleasure garden, one of the leading venues for public entertainment in London, England from the mid 17th century to the mid 19th century. Vauxhall Gardens opened at night, but at chapter XIV of Sketches by Boz, Dickens took us to see what Vauxhall Gardens was in the daylight, how ‘the veil of mystery that hung about it’ was vanished. It’s interesting how Dickens put it in his writing: “…then we saw for the first time, that the entrance, if there had been any magic about it at all, was now decidedly disenchanted, being, in fact, nothing more nor less than a combination of very-roughly painted boards and sawdust.”

Vauxhall gardens offered orchestra concert, firework show, comic singers, rope-dancing in the open theatre. A balloon ascent was also one of the interesting attractions at the garden. 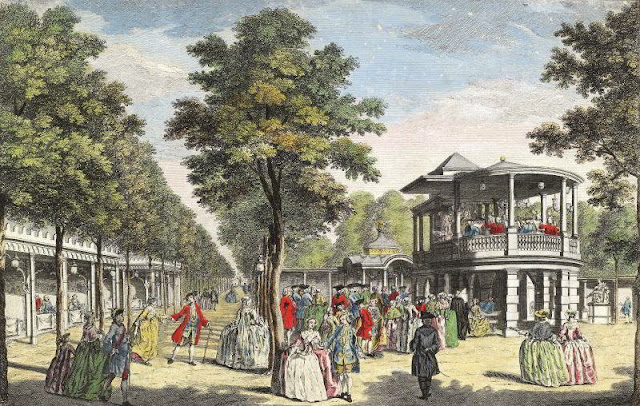 The Eagle – a music hall or tavern

The Eagle, on City Road, London, was an East End tavern on the corner of City Road and Shepherdess Walk that presented regular musical entertainment. The Eagle did a roaring trade as one of the first music halls. The Eagle was sold in 1883 to the Salvation Army, perennial enemy of drink and the music halls. The building has since been demolished and the site now boasts a new Eagle pub which has a display of old music hall prints.

The nursery rhyme Pop goes the Weasel features the Eagle. It is about a father spending his weekly wage in the music halls and then having to ‘pop’ or pawn his ‘weasel’ to raise additional money. The ‘weasel’ is thought to refer to a piece of equipment in the tailoring industry. Tailoring was one of the main occupations in London’s East End. [source]

The complete rhyme:
Up and down the City Road
In and out The Eagle
That's the way the money goes
Pop goes the weasel.

And that would be the end of our Victorian London virtual walk of today, hope it amuses you as much as it does me. See you in our next walk—I hope—next week!

Posted by Fanda Classiclit at 8:12 AM